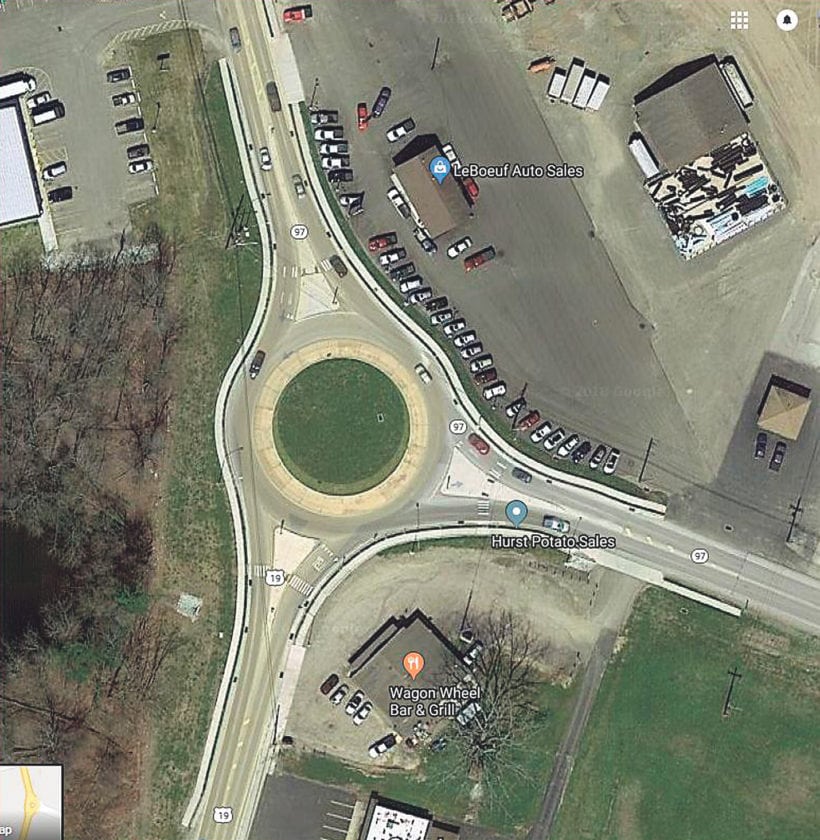 Photo from Google Maps The roundabout at the intersection of Rt. 19 and Rt. 97 in Waterford, Erie County, was one of 11 across the state included in a survey of the data conducted by PennDOT that concluded fatalities, injuries and the total number of crashes are decreased from when those intersections were signalized.

PennDOT released data on Thursday for 11 roundabouts recently constructed throughout the state that shows decreases in fatalities, injuries and the total number of crashes.

A statement from PennDOT said that the roundabouts are all located on state routes that were previously either controlled by stop signs or traffic lights.

“These roundabouts were reviewed based on having at least three years of data available before and after the roundabout’s installation,” PennDOT explained, noting that the 11 reviewed are all that meet that criteria stemming from police-submitted crash reports between 2000 and 2017.

PennDOT said that in addition to the 11 roundabouts that met the criteria, an additional 32 have been installed on state roads and 26 are in design.

The roundabout in Waterford at the intersection of Rt. 19 and Rt. 97 was included in the data, PennDOT said.