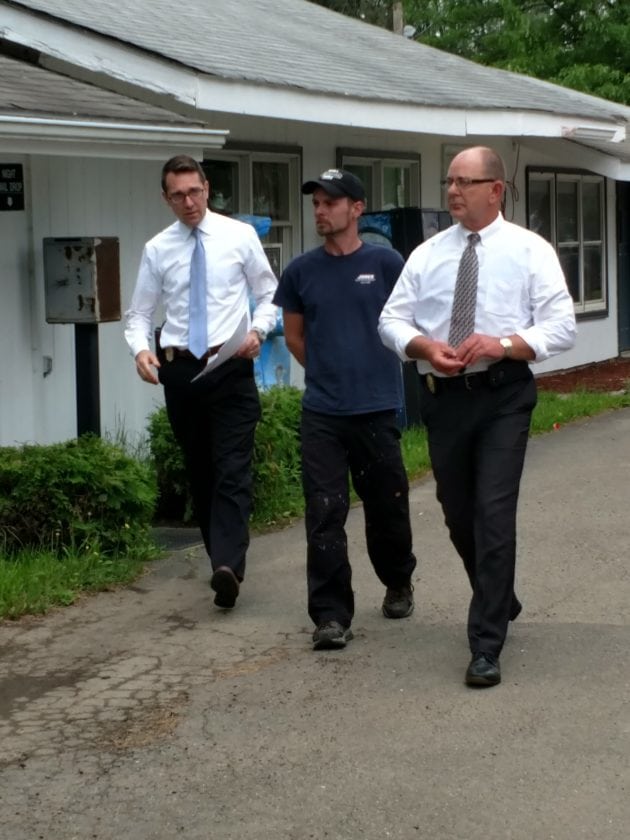 Times Observer photo by Brian Ferry Richard M. Bailey, center, walks out of District Justice Laura Bauer’s office after being arraigned on charges including rape of a child. He is flanked by Pennsylvania State Police troopers (left) Jeffrey Dahl and Jeffrey Osborne.

A Youngsville man has been arrested and charged with raping an 8-year-old girl.

According to the affidavit of probable cause, the alleged victim told her mother on Wednesday that Bailey had made her touch his penis the night before.

The girl underwent a forensic interview the next day through Warren Forest Children and Youth Services.

According to the affidavit, the victim detailed several instances of sexual contact over a period of about two weeks and that Bailey had taken pictures of her during some of the incidents.