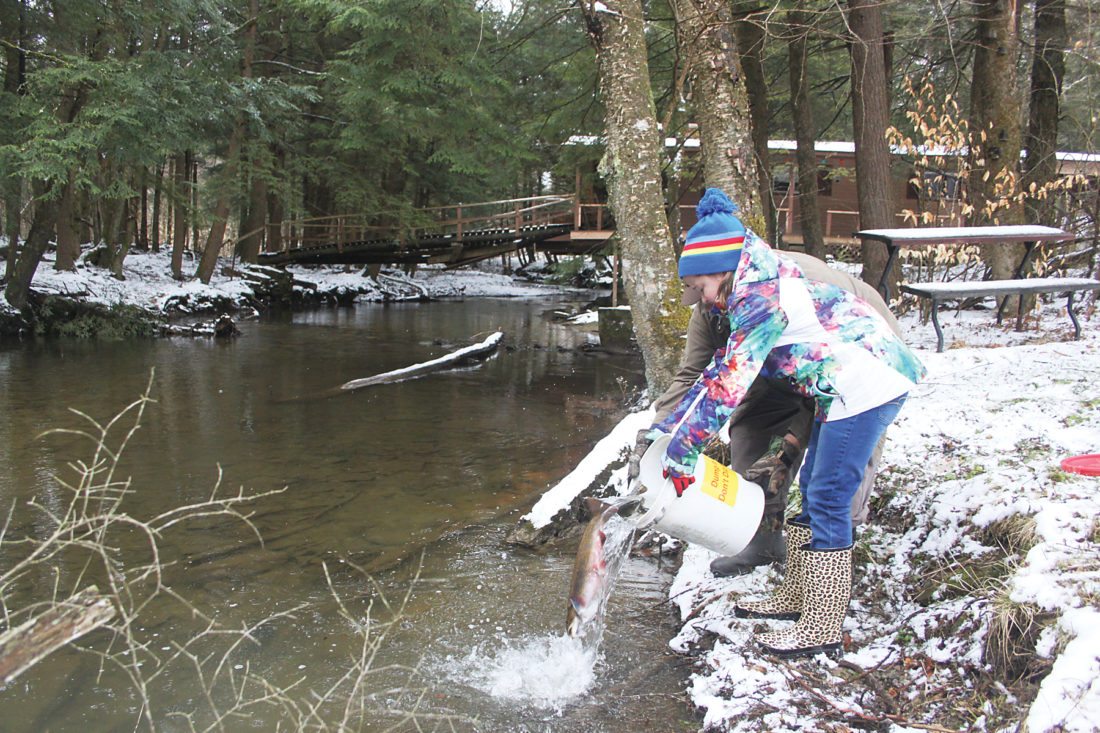 According to Waterways Conservation Officer Joe Underdonk, the commission planned to place about 3,000 brook trout in Farnsworth Branch, then 500 brook and brown trout in East Hickory Creek.

Prior to leading the convoy of seven vehicles away from Clarendon, Underdonk gave a safety briefing. The briefing was intended to keep both the assistants and the fish safe.

“You have to get the fish to the water as quickly as possible,” Underdonk said. “No more than two minutes.”

Participants were instructed to dump the fish out of the buckets rather than placing the buckets in the water and letting the fish swim out. Dipping the buckets could result in picking up contaminants and taking them into new waterways.

The volunteers put about 10 buckets of fish in Farnsworth Branch at each of 11 stops. There was only one stop on East Hickory Creek.

The second stop of the day was at the Thomas residence on Farnsworth Road.

More, he cooks out and gives hot dogs and other food to his visitors.

“We done it every year for years,” Thomas said.

It’s more than a tradition. It’s a way to honor his father.

Underdonk said he appreciates the cooperation of land owners like Thomas. While he spreads the fish out as evenly as he can, he’ll try to get an extra bucket or two of trout for the Thomas location “because of this gentleman.”

The commission’s stocking efforts continue, even after the start of the season.

A schedule can be found at www.fishandboat.com.