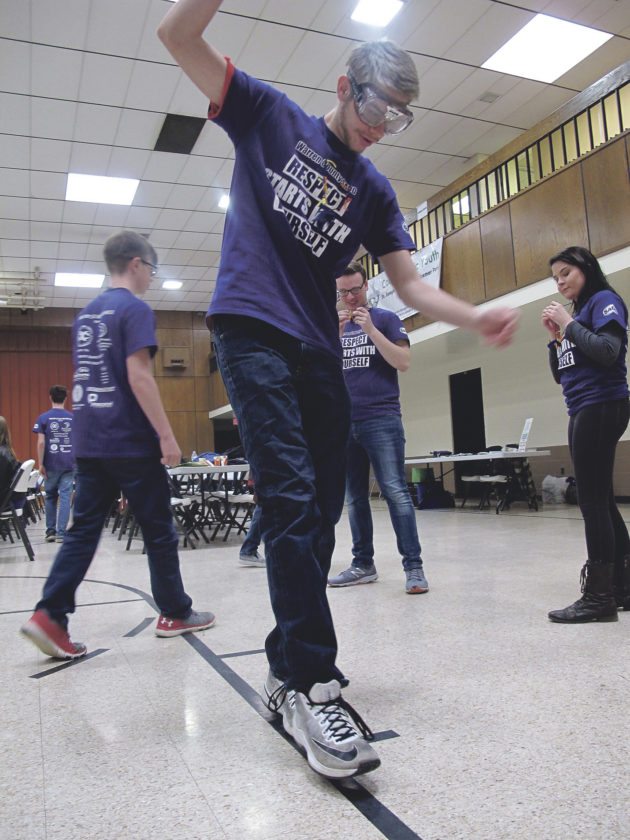 The 140 students who gathered for the annual Warren County Students Against Destructive Decisions spring conference learned about respect and mindfulness.

From Keynote Speaker Aimee Ruland, a child advocate, who introduced students to some ways to deal with stress and maintain clarity, to information from the Warren County Juvenile Probation Department about how young people can face criminal charges for their actions on social media, students were encouraged to be mindful of their decisions and respectful of themselves and others.

“I’ve been coming here since my freshman year, and I learn new things every year,” Sheffield Area High School senior Mya Grubbs said. “In the one workshop, I learned how to recognize negative situations and how to deal with them.”

“I learned a lot of different things,” she said. “For example, being mindful of decisions that you’re making, like what you post on the internet and how it can affect your future.”

“I’ve learned that one kind act can change the outcome of the bigger picture,” Sheffield’s Ross Fadale said.

Groups of students attended each of four stations, with SADD advisors running two of them, Ruland being in charge of a third, and juvenile probation the fourth.

Students could also try out the impairment goggles.

“It gives them a sense of what it feels like to be intoxicated and encourages them not to be driving if they’ve been drinking,” Beacon Light Supervisor of Staff and Prevention Sherry Henry said. Students wearing the goggles were encouraged to try the “walking the line” portion of a standard field sobriety test.

At one station, Martha Brackemyer and Mandy Englert talked to students about recognizing and getting out of bad relationships.

“Don’t be a doormat,” Brackemyer said. “Being a doormat is when you let people take total control of your life.”

“If you are in some kind of relationship and you are uncomfortable, evaluate it,” she said. “If you need to, get out.”

She encouraged people whose friends start acting differently or distant when they are in a relationship, to do what they can to help.

In her workshop, Ruland talked about safe social media. “Social media is a wonderful thing,” she said. “Be mindful of who you’re letting in.” The consequences of bad social media choices can cover a range from embarrassment to blackmail to human trafficking.

She also suggested students take time away from their devices. “You own the device, it doesn’t own you,” she said. “Put it down for 20 minutes. Try it out. See how it feels.”