Message sent: Mock crash ‘here to save your life’ 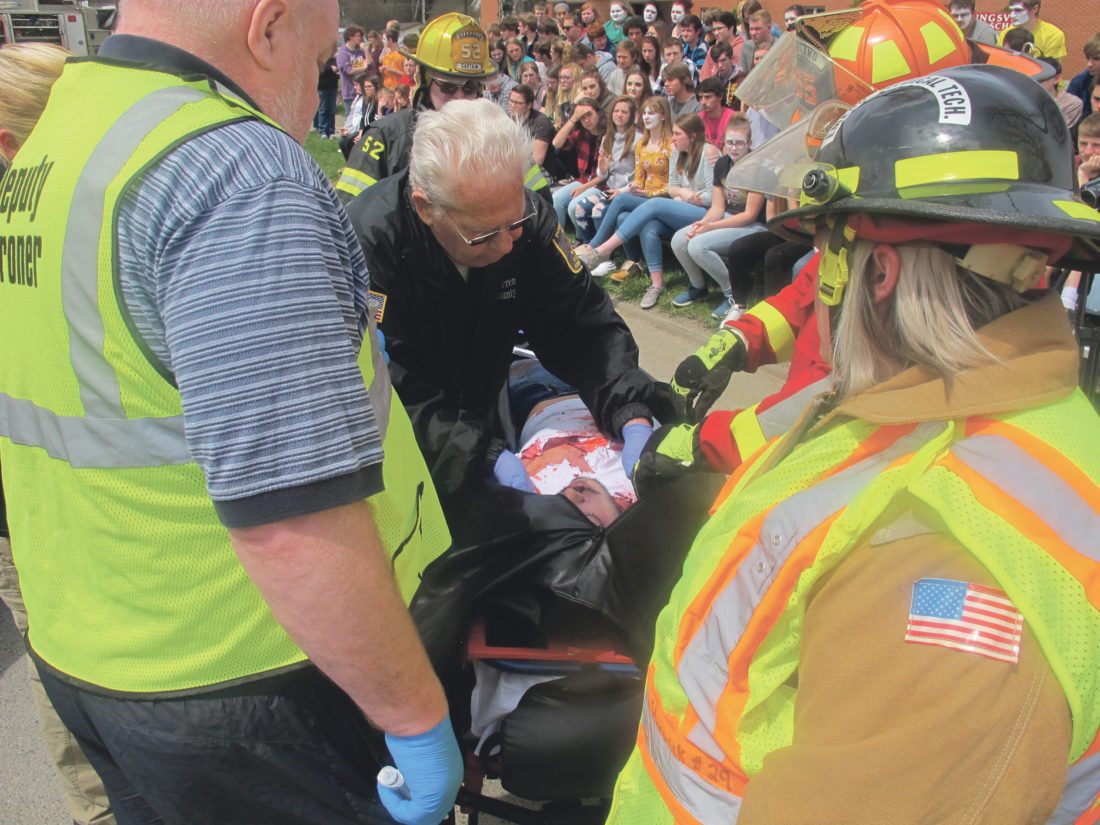 “To those who think no one cares, we do.”

That was the heart of the message that Youngsville Police Chief Todd Mineweaser brought to Friday’s mock crash assembly at Youngsville High School.

Warren County Sheriff’s Deputy Rachel Canfield said “everybody is on board” and spoke about the time off work that many of the volunteers willingly take to be able to present the crash for the students.

“(There are) tens of thousand of dollars donated for each of these things,” Canfield said, in terms of money, resources and staff time.

After the mock crash, an assembly was held where Mineweaser and Tim Courtney, whose daughter died in a drunk-driving crash, spoke to the students.

“If you injure somebody (while driving), you’re going to sit in state prison. You are going to go to prison,” Mineweaser said, noting there is a five year mandatory sentence for when texting while driving results in killing someone else.

“Life is pretty simple if you make good choices,” he said. “You don’t want to go through this stuff.”

Mineweaser told the students there are officers out nightly looking for individuals driving impaired.

He said that the mock crash “is a big deal, a big deal to all of us” and “real” to those wearing badges.

“It’s 100 percent chaos,” he said of actual scenes similar to the mock scene. “It’s ok to cry. It’s sad. (The) memories never go away. These are all preventable.”