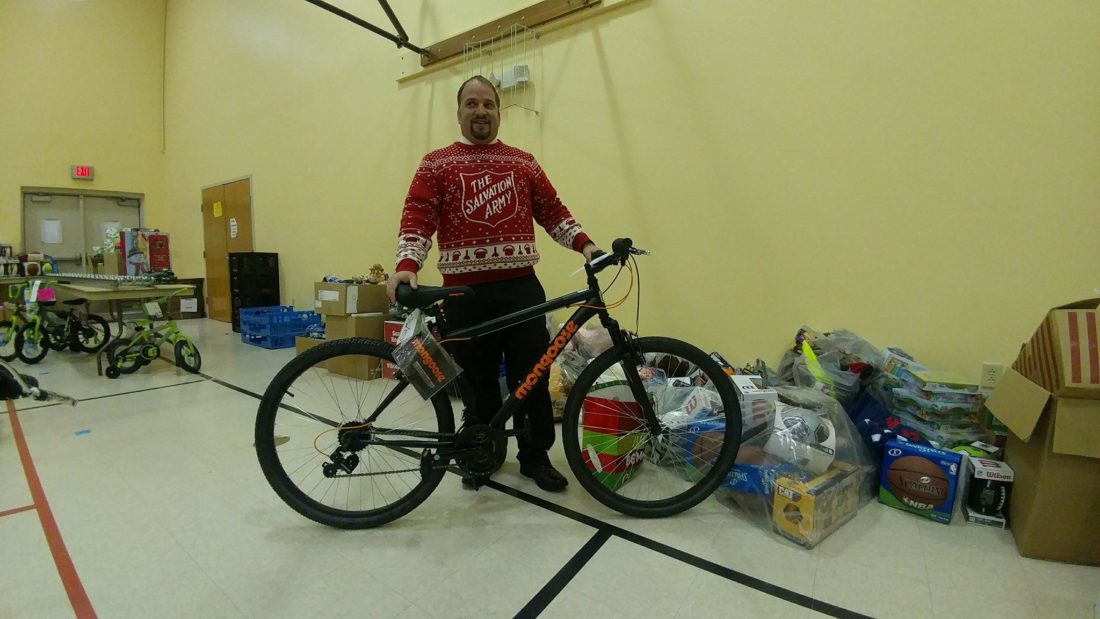 “It all stays right here. It helps us to keep the programs going, and we really do rely on the community a lot to make these things possible.”

Among the programs the Salvation Army supports throughout the year are rent and utility assistance for local families, as well as Christmas toys for needy children, coats and winter clothes, and the continued maintenance of their soup kitchen.

This year, said Jache, there was an increased need in Warren, which has put increased pressure on the Red Kettle Campaign to help provide. Last year’s Red Kettle goal of $90,000 wasn’t quite reached, he said, and this year’s goal was raised to $95,000 in response to need. At this point, he said, a total of $37,894 has been raised, which is $11,645 less than had been raised at this point last year.

The Polar Bear Plunge, one of the top three fundraisers for the Salvation Army in Warren County following red kettles and the Warren County Fair fundraising efforts, will not be held this year to the best of his knowledge, with the moving of Warren County Winterfest away from Chapman State Park for the 2018 year. It remains to be seen, said Jache, how the extra $5,000 in need this year will be covered.