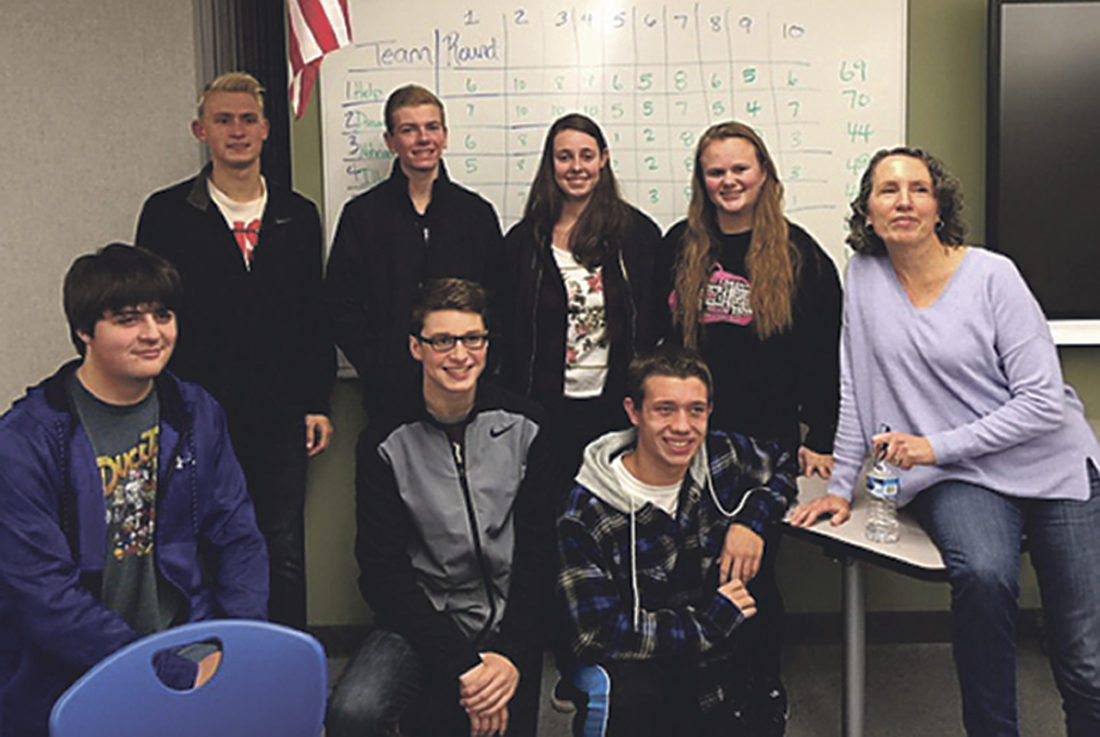 The members of the winning team in the inaugural Warren County School District Trivia Night were, from left, in front, Jared California, Stephen Ashbaugh, and Griffin Suppa; and, in back, Caleb Ei, Trenton Dippold, Sierra Matson, Laura Lucks, and Michelle Lauffenburger.

What is the capital Azerbaijan?

Name all four members of the Beatles.

Who is the all-time scoring leader in the NHL?

We might not know much about those other three, but the answer to the fourth is: Jared California, Stephen Ashbaugh, Griffin Suppa, Caleb Ei, Trenton Dippold, Sierra Matson, Laura Lucks, and Michelle Lauffenburger.

Trivia Night was held on Wednesday, Nov. 15, at Warren Area High School with 46 students and five district educators, on nine teams joining in.

Teachers Jewel Rozanski, Tiffany Mandeville, and Debbie Hasselman set up the event as a spill-over from the Warren Public Library Trivia Night.

“I have participated in the Warren Library Trivia Night with my Academic Team students for nearly three years and used the ideas and workings of these events that are held for the community to establish something similar which could be available for all of our students,” Rozanski said. “My high school bowl team and I love participating in that event and Kelli Knapp and the other ladies in charge do such an excellent job with it. However, they are at max capacity.”

Organizers set up 10 categories and prepare the questions. In each round, teams have to write their answers to 10 questions. Totals are added up after each round and the team with the most correct answers at the end of the night wins.

“We had nine teams, six from Warren Area High School, two from Eisenhower High School, and one from Warren County Career Center, which had students from WAHS, EHS, and Youngsville High School,” Rozanski said. “That was exciting; seeing kids come together.”

The next Trivia Night will be held in January at Eisenhower Middle High School.

“We are hoping to get more students from all schools to join in the fun in the future and ideally would like it to be hosted at each of the high schools once a year,” Rozanski said.