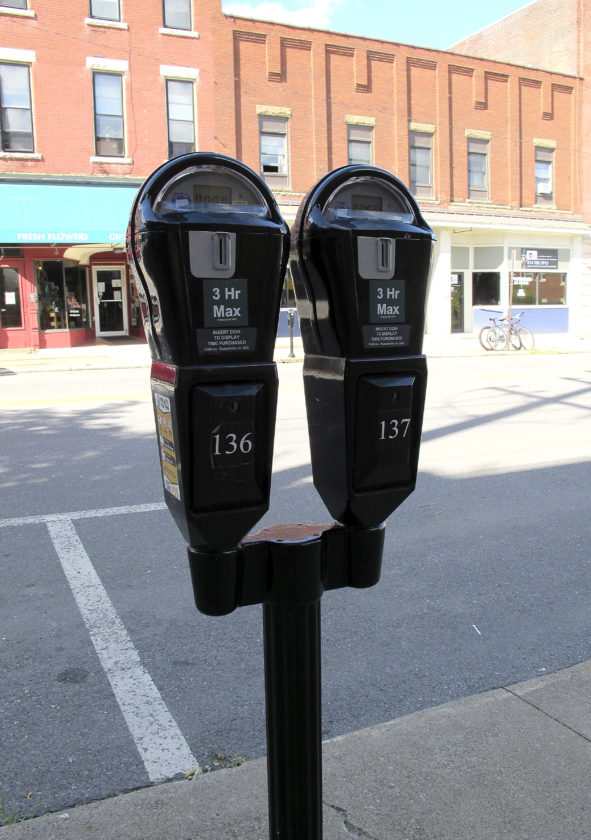 The business owners requested a decrease in the $15 parking fine currently levied by the city.

“Downtown Warren is failing. Just when I thought it couldn’t get any worse, it has,” said Dan Ristau, owner of the Dan Van Gogh Flower Company at 225 Liberty Street. “Businesses are leaving because of parking. A major bank has left. Valone Shoes is leaving. They had been there for 70-some years. Seasons on the Avenue is closing. The world around us is closing. People are much less patient with inconvenience these days, and the change from a $10 fine to a $15 fine has made a huge difference.”

“In 2012, when we were beginning to renovate the building, we found approximately 440 people walking on the street during lunch hours,” Atkinson said. “We checked again this May, and there were 240. That’s a 45 percent loss of foot traffic. I read in the newspaper that the city is working on a strategic plan. I didn’t see anything in there about parking issues. These issues should be at the forefront. It does you no good to invite people downtown if they can’t park. I’m asking you to consider that parking is not a revenue source — it’s the greatest non-monetary resource a city has. To have a vibrant downtown is worth more than you can imagine.”

Mayor Maurice Cashman said a change of fine cost was “something we (city council) should look into.”

“I definitely agree that it’s a concern,” he said. “But there are other issues here that a change in fines could cause. How would we enforce downtown employees parking in those spots? The midtown lot is $9 a day. If we take the fine down to $10, people may take advantage and just park on the street. We would have to change the midtown lot as well.”

Cashman also said the current parking situation has had some benefits.

“Some people complained about lingering, (but) meters have been successful in that regard,” he said. “The dollar amount is another story. The fact is there’s no perfect parking plan in the United States. It’s going to gore somebody’s eyes and replenish somebody else’s. We have tweaked this before, but we should revisit it and we plan on doing that.”

Ristau said a change in the fine would be “a win for everyone.”

“It’s a win-win for council because you can sit there and say you listened to the public on this issue,” he said. “I understand you will not take action this evening, but any consideration you give would be greatly appreciated.”

“This was a really good presentation,” Cashman replied. “But we have to be careful. (Police) Chief Zydonik will be back on July 1 and we intend to sit down with him and others then and get their input then.”