Former township secretary sentenced to year in prison for stealing over $65,000 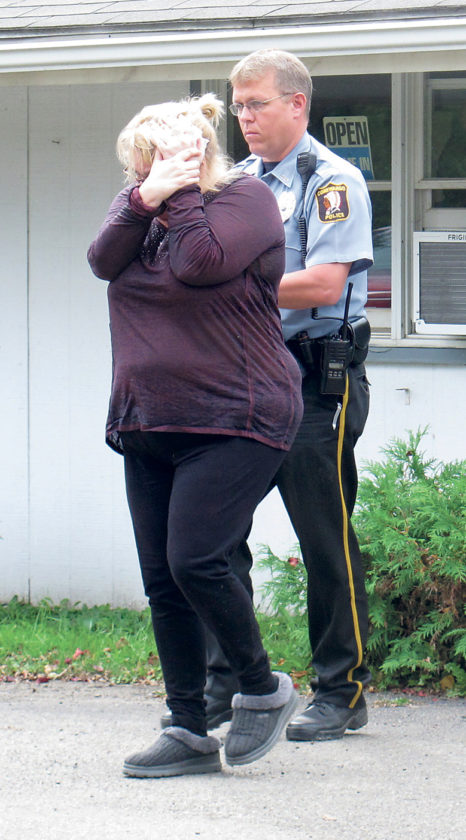 That was part of the message Senior Judge William Morgan gave to former Conewango Township Secretary Kathleen M. Swartz, 45, North Warren, prior to sentencing her to one year in prison and full restitution for stealing over $65,000 from the township.

According to police, Swartz wrote checks to herself, including forgeries of township supervisors’ signatures, cashed the checks and then changed QuickBooks entries to indicate that the checks were written to various vendors.

Other checks were cashed by Swartz that had modified pay rates where she “either paid herself too much overtime, too much regular time, or at overtime greater than what she was owed,” according to the affidavit of probable cause.

Swartz was terminated as secretary on February 22, 2015.

In November, Swartz was charged for forging the signature of the current township secretary back in May on a form relative to, according to the affidavit of probable cause, “tax reporting in reference to income tax withholdings.”

Assistant Public Defender Nicholis Milardo said that Swartz is the primary caregiver for her mother and asked for a period of house arrest.

First Assistant District Attorney Caleb Gnage said that Swartz violated the trust of the citizens of Warren County as well as that of the township supervisors. He said she was entrusted with funds and “thwarted that trust” hundreds of times and “used every possible means to cheat the township.”

Gnage alleged that she did not understand the gravity of the offense or has any remorse as evidenced by her forging the signature of the current township secretary.

Swartz told the court that she was “very stressed out” when working at the township. “Someone was always watching me. I just wasn’t myself.”

Morgan said that the township supervisors submitted a victim statement and he cited some of that letter to Swartz.

He said that the supervisors had to spend money and invest a tremendous amount of time correcting the records. Citing the letter, he said that records were “strewn” around the office, others stuffed under Swartz’s desk and others missing completely.

“The township pension records were not accurately maintained by you,” Morgan added, calling the investigation time consuming, frustrating and stressful to them.

Morgan said the supervisors felt a sense of betrayal and mistrust, especially because township staff have known Swartz’ family for decades.

He said that township police spent 700 hours investigating the case and noted to Swartz that the funds she took were taxpayer funds, resulting in her actions “affect(ing) directly or indirectly every taxpayer” of the township.

Swartz said that she hasn’t left her house much and got another job, only to lose it because of an item about the case that appeared in the newspaper.

Morgan then sentenced Swartz to 12 months and two days to 24 months less one day incarceration in the Warren County Jail, as well as $375 in fees and the submission of a DNA sample on a count of theft by deception. Morgan said she is work release and early re-entry eligible.

He ordered the restitution as Gnage detailed it.

She received five years probation on a count of tamper records or ID writing.

“Time, after time, after time, you were stealing,” Morgan said, noting that he was sentencing her to the extended period of probation “because of the restitution you have to pay.” He added that she could be resentenced to state prison if she fails to pay on her restitution.

A forgery count at an additional docket resulted in one to 12 months incarceration to be served concurrently as well as $375 in fees and submission of a DNA sample.

The following pleas were entered before Judge Gregory Hammond during change of plea proceedings on Monday at the ...