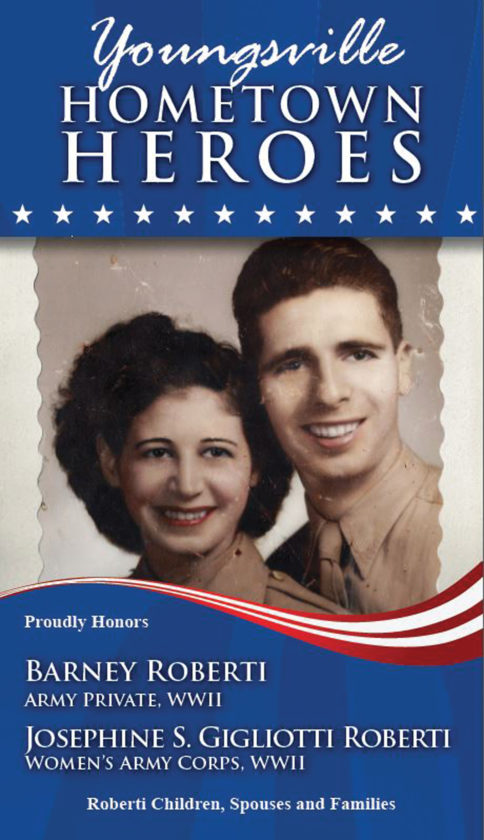 Photo submitted to Times Observer Each banner represents an important piece of history and honors those who have served or are currently serving our country. The pictured banner, from round one, honors Barney (Bartholemew) Roberti and Josie Sylvia Gigliotti Roberti, who met when they were each 21 years old while serving with the United States Army.

Applications and photo release forms for round three of the Youngsville Hometown Heroes Banner Project are being accepted through January 15.

The deadline date is firm, with no extensions or exceptions.

Any branch of service, past or present, home or abroad, wartime or peacetime, is eligible.

The program calls for street banners to be displayed on street lights throughout Youngsville. Each 24“-by-48” banner will be printed on both sides of heavy vinyl with UV protection and will include a photo, name of the service member, branch of service, and the era of service (as in the photo).

The cost of banners for round three is $200 and includes the brackets, scanning, setup, proofs, corrections, and printing.

Round three banners will be unveiled on Memorial Day 2019.

Photo release and sponsorship forms are available at the borough office in Youngsville, Youngsville Public Library, and can be downloaded at www.YoungsvilleLibrary.org (community info tab). Completed forms must be filled out and sent with photo and payment to Youngsville Hometown Heroes: c/o Joanne Oviatt, PO Box 330, Youngsville, PA 16371.

Each banner represents an important piece of history and honors those who have served or are currently serving our country. The pictured banner, from round one, honors Barney (Bartholemew) Roberti and Josie Sylvia Gigliotti Roberti, who met when they were each 21 years old while serving with the United States Army. Barney was born in Brooklyn, N.Y., to Italian immigrants. His father was a cabinet maker in New York City and his mother was a seamstress in the garment district. Barney came from an outgoing passionate loving family with voices who, some might say, spoke a little bit louder than ordinary. When he was 18 years old, he enlisted in the U.S. Army during World War II. After receiving a head injury while stationed in North Africa, he first noticed Josie while recuperating at the Fort Indiantown Gap Military Hospital. The story, he told his daughter, is that when he first met Josie she was surrounded by many friends, some of which were boys. He said, “I wasn’t interested in being her friend, I wanted to be her boyfriend.”

Josie, a quiet girl, the 13th child of Italian immigrants, grew up on West Fifth Street, Warren, in a quiet, even-tempered, and unobtrusive family. Her father worked on the Pennsylvania Railroad and her mother was a homemaker who cultivated a “big” garden to nourish her large family. Josie’s mother never learned English, so Italian was the language spoken in their home. In childhood, Josie said, “I wanted to be by myself a lot.”

During the war years, women were encouraged by Uncle Sam to help with wartime needs. So, in 1943, Josie joined the Women’s Army Corp, which she said was immediately incorporated into the U.S. Army. She was stationed at Fort Indiantown Gap, Pa., where she worked in ordinance, hospital, and army payroll.

Barney and Josie met June of 1944 when a mutual friend introduced them. He was in a robe. She said, “I wasn’t impressed because most of the guys were in robes.” On the other hand, he was impressed. There is one story that she told her daughter about how there were usually convalescing soldiers standing outside the hospital in their pajamas and bathrobes. She and her friend were walking across the street from the hospital, Barney, seeing them, began to yell from corner to corner, “HEY, JOSIE! HEY, JOSIE!” It was a little startling for a quiet girl. She said, whenever she went to the PX or anywhere with her friends, he happened to be there and would seek her out. On their first date, they walked to the Service Club Library and talked. She said she felt at home with him and knew “he wouldn’t get fresh.” He said she was easy to talk to.

He was discharged from the army in 1944. She was still in the army stationed at Fort Indiantown Gap. She remembered fondly that, even after he was discharged, his letters didn’t stop like she thought they would. She said, he wrote every day and “didn’t even date, even though there was a shortage of men.”

They married on April 7, 1945, at St. Joseph Roman Catholic Church in Warren.

In 1996, one of the last things she said to her daughter is, “Don’t worry. When your Dad and I get lemons, we always make lemonade. I loved your father. We had a good life.”

Over the years, they shared hardships and happy times and built their futures raising five children, two sons, and three daughters, in the Youngsville Area.

“The Youngsville Public Library Board and I would like to thank all of 2018’s Library-Angels,” stated Library Director Kristy Wallace. “The annual Library-Angel tree fundraiser is incredibly important for our library as it targets the costs associated with general and daily operations of the library — items people don’t think about that the library needs to cover such as utilities, computer software updates, inter-library load postage costs, etc. We truly appreciate the support we receive from various community members during the Library-Angel fundraiser and throughout the year.”

The Youngsville American Legion is now serving dinners Tuesday evenings from 5 pm – 8 pm and also has added pizza to its weekly menu. The legion also has a part-time cook position available. Applications for both the cook position and membership forms are available at the bar. Call 563-4412 with questions.

Plan ahead now for this spring’s year, garden, and memorial/cemetery plot planting. You can order red, white, hot pink, and/or tango-colored geraniums now through January 9 during Youngsville Public Library’s 1st Annual Geranium Fundraiser. Each flat of eight, 4″, pot-sized geraniums is $30 (tax included). The library is working with a local grower and the geraniums will be cultivated to order, which is why the orders need to be finalized soon. The geraniums will be available for pick-up the weekend after Mother’s Day, May 18, at the Youngsville Public Library.

Printable order forms and photos of the color choices are available online at www.YoungsvilleLibrary.org, or you can stop by the Youngsville Public Library for forms during business hours. YPL Board members and Friends of YPL also have order forms available. Advantages to ordering from YPL now are: (1) you’ll be guaranteed enough of the color(s) you need for this spring’s plantings, and (2) you’ll get a great bargain per flat of geraniums and help support Youngsville Library. Geraniums are sold in same-color flats of eight per flat only, but you can mix and match with a friend. Payment is required at the time of the order. Call 563-7670 with questions.

The 2nd Harvest Produce Express will be at the Otterbein United Methodist Church, 258 Dalrymple St., Pittsfield, on Tuesday, Jan. 8. Food pick-up will begin promptly at 3:30 p.m. We will be serving 100 families on a first-come, first-serve basis. No pre-registration is necessary. Volunteer workers are asked to arrive by 2 p.m. 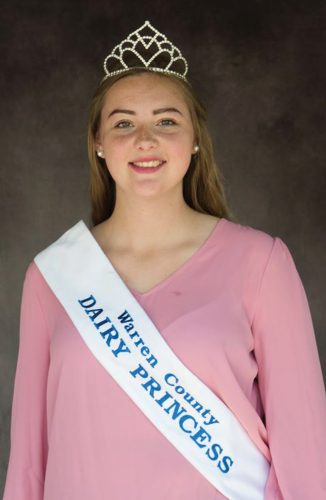 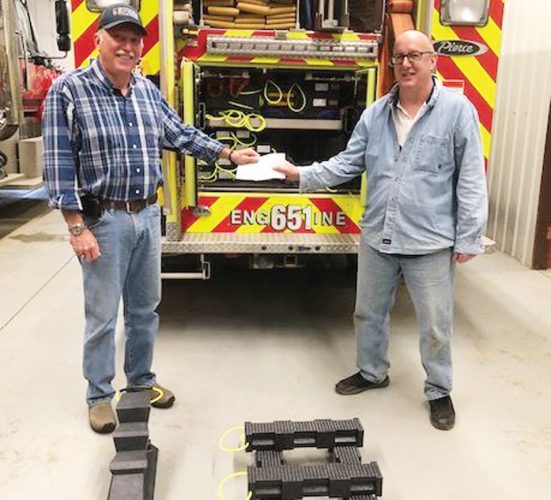 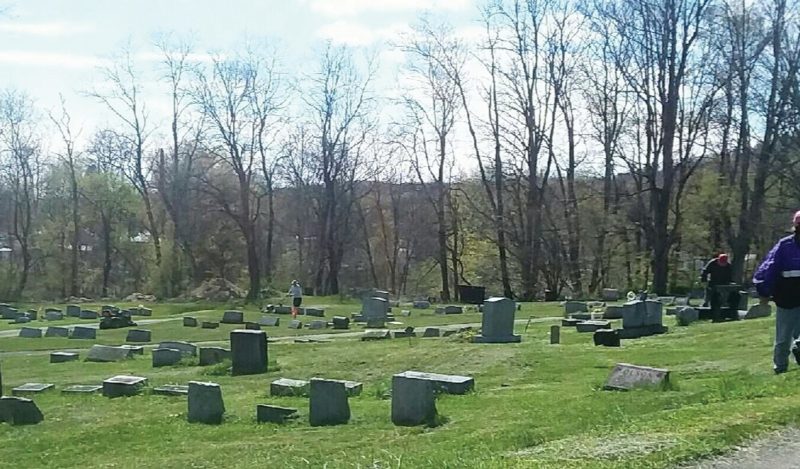 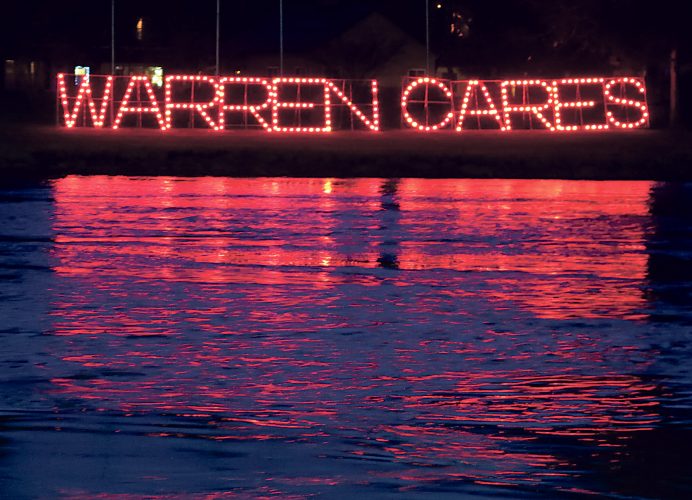