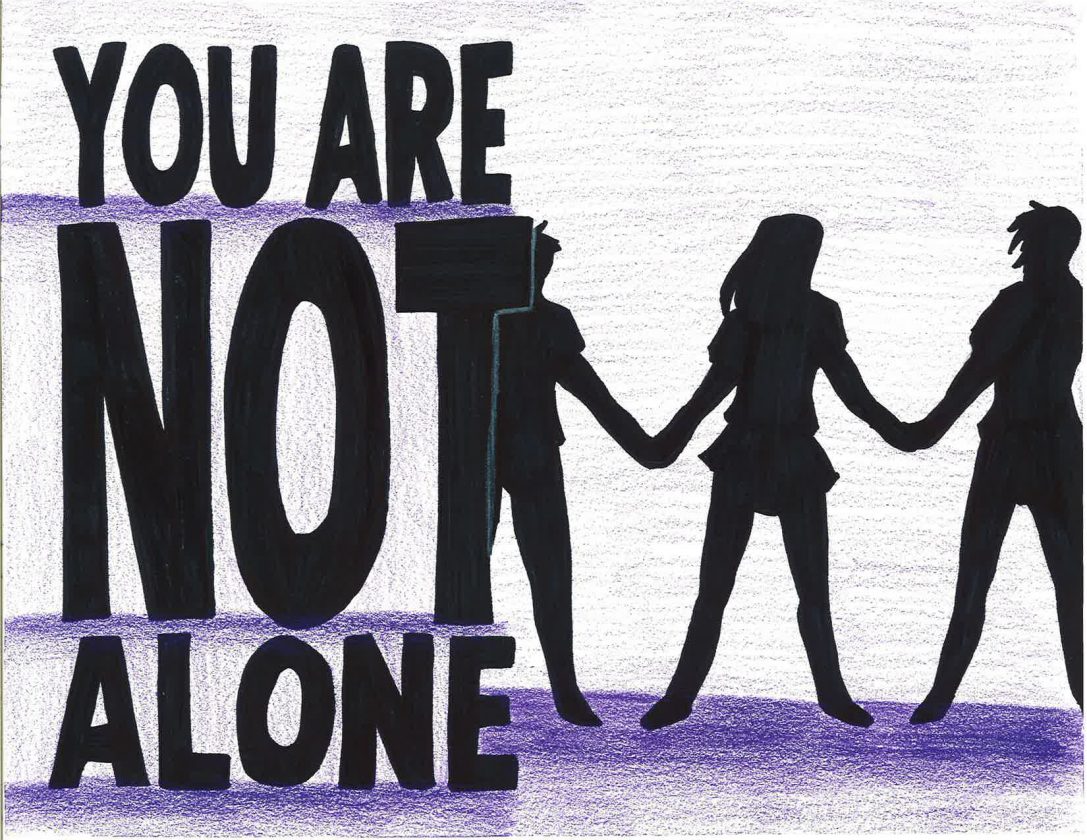 A Youngsville student is using her art to remind the community that “You are not alone.”

Six students from Warren County School District were chosen to have their artwork displayed on a billboard for Mental Health Awareness Month in May through a contest by CORE (Choosing Openness Regarding Experiences) and Lamar Advertising.

Ninth-grader Elizabeth Kays from Youngsville High School will have her artwork displayed near Glade Bridge starting this Monday, April 20.

She illustrates a powerful message that is even more relevant now as the number of people being impacted by the struggles of mental health increases.

According to Kays, she hears most often that people feel alone, and she wants everyone to know that they are not. Loneliness is a common struggle that a lot of people deal with, and she wanted to show the community that no one is ever alone.

She believes that mental health awareness is important so people can recognize and educate themselves on the hardships one goes through when going through hard times. Additionally, that it is okay to have struggles, and to reach out for help — even if it’s simply sharing your thoughts and problems with a friend or family member.

And, with everything going on in the world, now is the time to be aware.

“There are more people struggling and it’s slowly becoming an issue,” said Kays.

Kays plans to keep on creating, especially with her downtime being off school.

In her free time, she enjoys playing video games and, of course, drawing.

According to her, she’s had a passion for art ever since she can remember.

She takes art classes in school, but her love for art and drawing started to get serious a few years ago and she likes to pull her inspiration from the music she listens to.

Her artwork will be advertised on the billboard until May 17.

The Times Observer will promote the work of each of the six students, and has already featured Eisenhower senior Hope Hefright, whose billboard work “Don’t keep it all inside” is featured along Rt. 62 near Aldi’s until May 10.