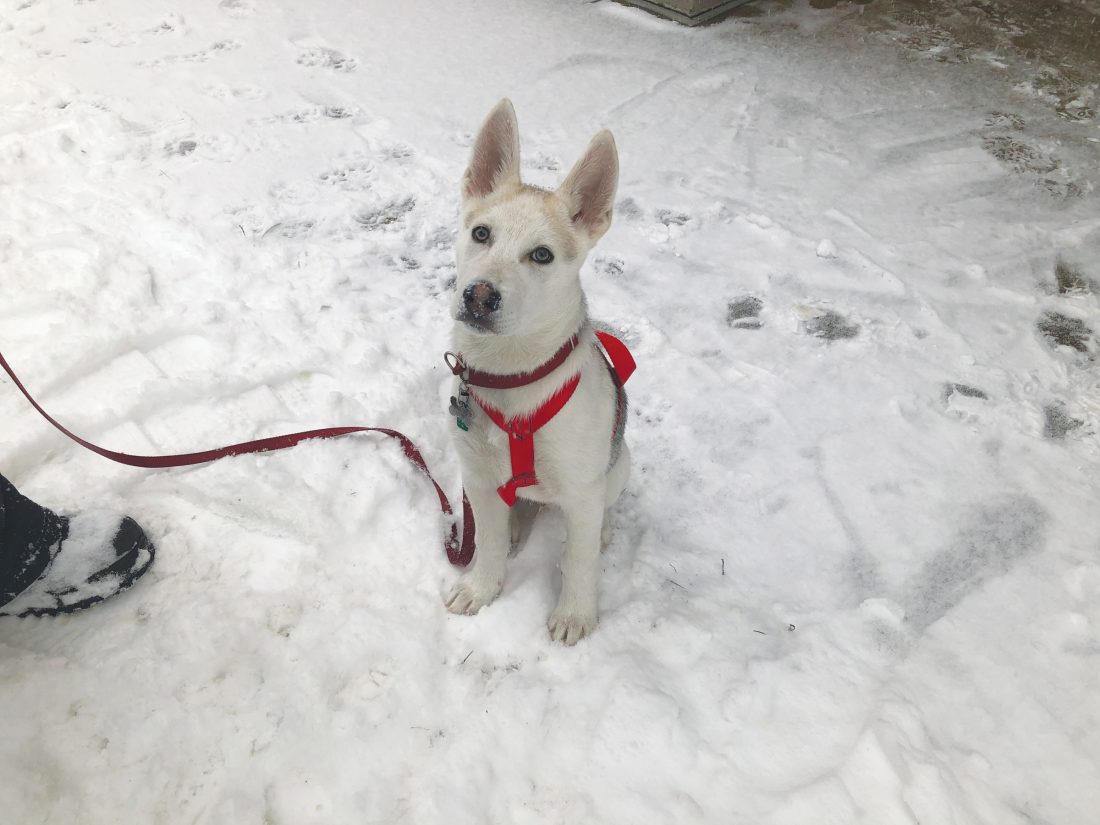 Times Observer Photo by Katie Miktuk Buddy in Training, Hilo, didn’t pull at Winterfest, but he’s in training and ready to go.

Of all the events featured at this past weekend’s Winterfest at Chapman Dam State Park, there is one that is “always a good show,” according to organizer Ed Atwood. That’s the annual Jim Lobdell Memorial Sled Dog Race.

Unfortunately, the races were cancelled, leaving only the Canine Weight Pull to entertain the fans.

Of all the dogs to compete, the oldest was 13 years. The youngest, well, he wasn’t there to compete so much as he was to prepare for the years of competition to come.

14 week old Buddy in training didn’t pull, but he’s getting ready to.

For the adult mushers, the pallets weighted with sand bags were clearly no match for the Huskies at Winterfest on Saturday, Jan. 18.

Weight classes included 21-40 pounds and above

“This is positive, it’s for a good time,” said one of the pullers.

The dogs and the pullers are part of a national league, pulling all over the country.

They pull for fun and awards.

The dogs are qualified for three different types of terrain.

The youngest dog at Winter Fest was 14 weeks, the oldest was 13 years.