Not that kind of belt

With her family ‘into arts and music,’ Lauren Timco focuses on ‘joint locks, choke holds, ... submissions’ 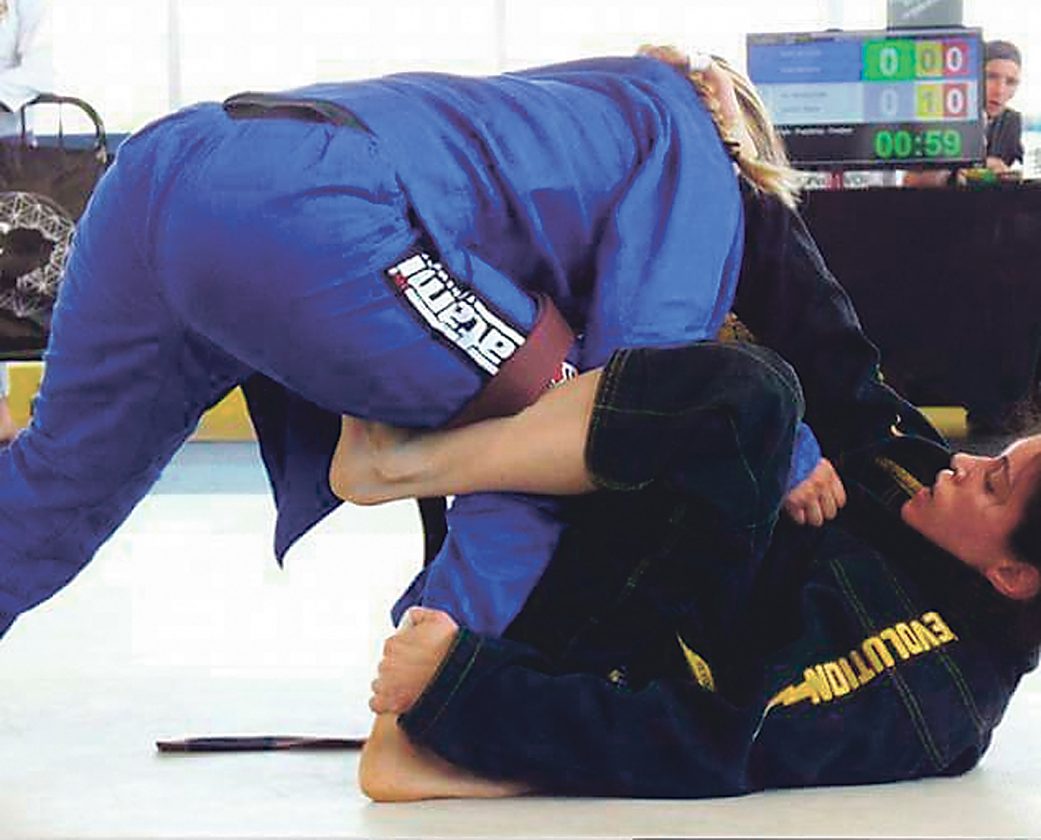 In Lauren Timco’s lifestyle, sometimes you just get smashed.

Timco of Tidioute earned her black belt in Brazilian jiu-jitsu in November.

She is the first female black belt in the discipline in the western New York and western Pennsylvania region.

Brazilian jiu-jitsu — BJJ — is not a martial art featuring strikes as in karate or tae kwon do. The goal is to defeat an opponent by using “throws and control positions to set up joint locks, chokeholds, and other submissions” to get your opponent to tap out, Timco said.

It’s a long step from her mother’s idea of a proper activity — though she recognizes that her daughter loves it.

“When I first saw what is involved in grappling, I was mortified,” Dolores Timco said. “Jiu-jitsu is absolutely not a ladylike sport. I’ve been criticized for saying that.”

“My family is into arts and music,” she said. “My sister has her doctorate in arts and ballet.”

Then again, Lauren never fit in with the ballet crowd.

“She was thrown out of her ballet class when she was three-and-a-half,” Dolores Timco said.

“I could not stand still and listen in ballet, I was way too active,” Lauren said. “They actually asked my mom to come and get me.”

She tried some other things, but they were never quite the right fit, either.

“I was living in Texas, trying to get back in shape after finishing my Master’s degree,” she said. “The gym I was a member of offered a free trial (of BJJ) and I was hooked on day one. I had no idea what jiu-jitsu was before that.”

“Everyone starts at white belt, then blue, then purple, then brown, then black,” Timco said. “There are usually several years between each belt.”

“To earn your black belt takes a lot of years of training,” she said. “It’s really up to your instructor and when they feel you are ready.”

She hasn’t maxed out.

“You get stripes or degrees every so often on your black belt as you progress,” she said. “There is a black and red belt and then red belt above black belt, but usually people are training for 30 years or more to receive those.”

The belts matter in competition, and not just for matching up against opponents of like skills.

“Each belt level has certain submissions that are illegal at that level,” she said.

There are not that many women at the highest levels of jiu-jitsu.

But, there have been enough that Timco doesn’t think of herself as some kind of women’s jiu-jitsu ambassador.

“I don’t think I’m a pioneer,” she said. “There have been so many women training and working hard long before I ever started training that have led the way for women getting involved in BJJ.”

“Some of my BJJ heroes are Michelle Nicolini, Marcelo Garcia, and Leticia Ribeiro,” she said. “They are so technical and fun to watch.”

She is willing to help more women get involved, though.

“I definitely think this is a fantastic sport for women, great for self-defense and it really builds confidence,” Timco said. She has even run a women’s jiu-jitsu class.

Especially at high levels, jiu-jitsu is a mental exercise as well as a physical one.

“You have to manage space, use good pressure, and leverage in these positions to maintain control of your opponent,” Timco said. “You always have to be thinking 10 steps ahead.”

“There are some local tournaments in Buffalo and Pittsburgh, so I compete in those cities the most,” she said. “I have also competed at tournaments in Austin and Houston, Las Vegas, and Toronto.”

She now makes those trips from Warren County — not exactly a hotbed of jiu-jitsu activity.

“I wanted to be close to home again so I had planned on moving to the east coast, but got a great job with Family Design Resources, found Kinetix (Combat Sports of Jamestown, N.Y.), and I just love the Allegheny National Forest, so I’m not going anywhere,” she said. She enjoys kayaking and rock climbing. “I’m really excited for the Goat Fort Indoor Climbing gym to open in Warren.”

No matter where she chose to live, she would have to travel, but that’s part of the experience.

“It’s so fun to travel and meet other women competing in jiu-jitsu,” Timco said. “One of my favorite competition matches was when I was a brown belt. There was only one other brown belt, and we were different weight classes, but we had so much fun beating each other up that day.”

That there are weight classes in jiu-jitsu is important for Timco’s success. Not every sport works for someone who is barely five feet tall.

“I never cared if I was short or small, I wanted to play sports so I adapted,” Timco said. “I suppose it could be difficult, but I always found it to be more of an advantage. The great thing about jiu-jitsu is that it works for people of any height or size, you just have to learn to adapt it to your game.”

“You definitely have your good days and bad days in training,” she said. “Some days you hit every position you try for, and others you just get smashed.”

“The days you get smashed are usually the most valuable in the long run because you learn to push through exhaustion and discouragement when nothing is going your way,” she said. “You always have more in your gas tank than you think you do.”

“Jiu-Jitsu is definitely a lifestyle,” Timco said. “You need to eat right, get enough sleep, and work out to perform well on the mats so it makes you more conscious of your health.”

“There are so many benefits besides a great workout,” she said. “You learn to defend yourself, make great friends, and build your confidence. It’s also a great stress reliever because it’s nearly impossible to think about the stresses of life when you’re trying to escape a choke. Jiu-jitsu requires your full concentration.”

“I try to train two to three times a week at the gym and then do strength and conditioning on the off days,” she said.

In BJJ, practice or sparring is called rolling.

“Usually after a class of good solid rolls you feel exhausted and you are a sweaty mess, but it’s the best feeling because you know you worked hard and really pushed yourself,” Timco said. “Rolling is full contact, just no striking — kicking or punching. Same rules apply in competition. We roll every class so it really helps with conditioning.”

She does that work at Kinetix.

“They are so professional and you get top-notch instruction,” Timco said. “The training environment is fantastic, so welcoming. They really care about their students’ progress.”

“They have classes for beginners and advanced so there is something for everyone,” she said.

She runs one of those… when she is healthy. “Yes we did have a women’s only BJJ class on Fridays which I am hoping to start again when I get back,” she said. “We have a great group of ladies.”

That kind of camaraderie turns what is purely a mano-a-mano single combat event into a team sport.

“You compete individually, but jiu-jitsu is more of a team sport in my opinion,” Timco said. “You can’t accomplish anything without your training partners, and you have to look out for each other and keep each other safe while training. I really like that about this sport.”

“I think the best part about Jiu-Jitsu is the incredible friendships you make with your teammates and people you meet at a competition,” she said. “You build a lot of trust with your rolling partners. It’s just so fun to get to do something you love with your friends.”

It’s a rough sport and there is a downside.

Timco is currently not enjoying some time off. She had knee surgery for a BJJ injury in August.

“The hardest part is getting injured and having to sit out to heal up,” she said. “It’s so hard not to go back too early. I hope to return in February, and I am counting down the days to get back.” 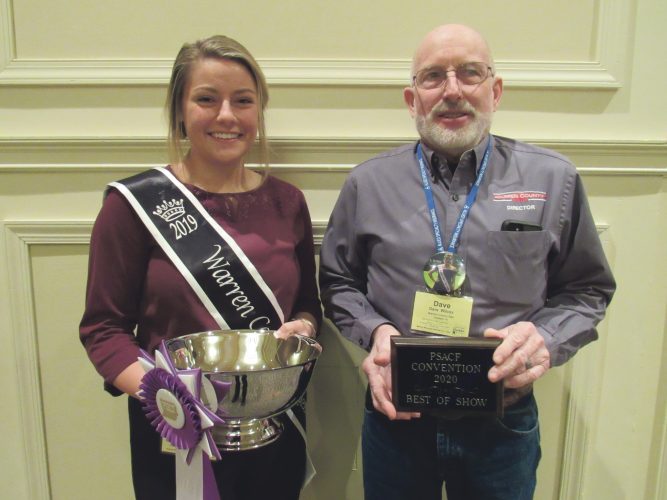 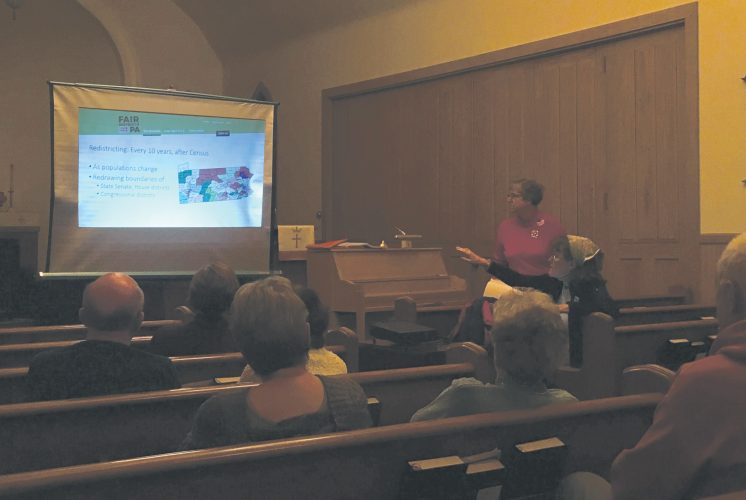 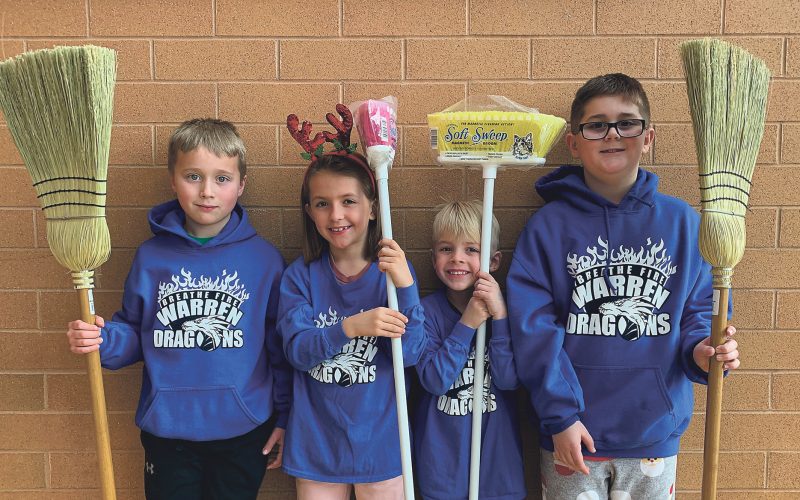 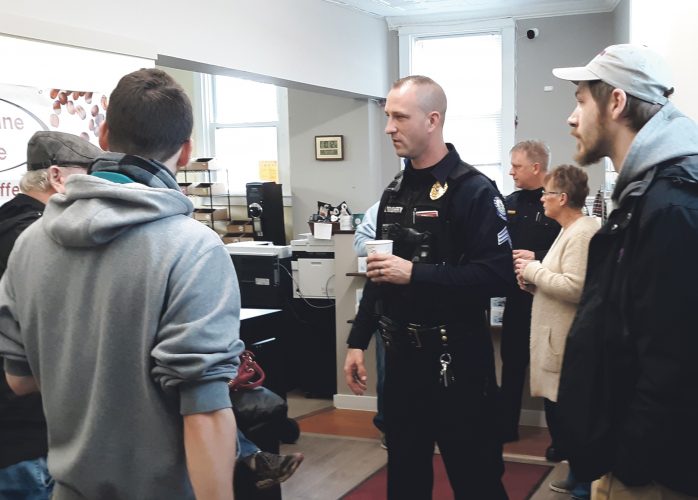