(Trick or) Treating the world a little better 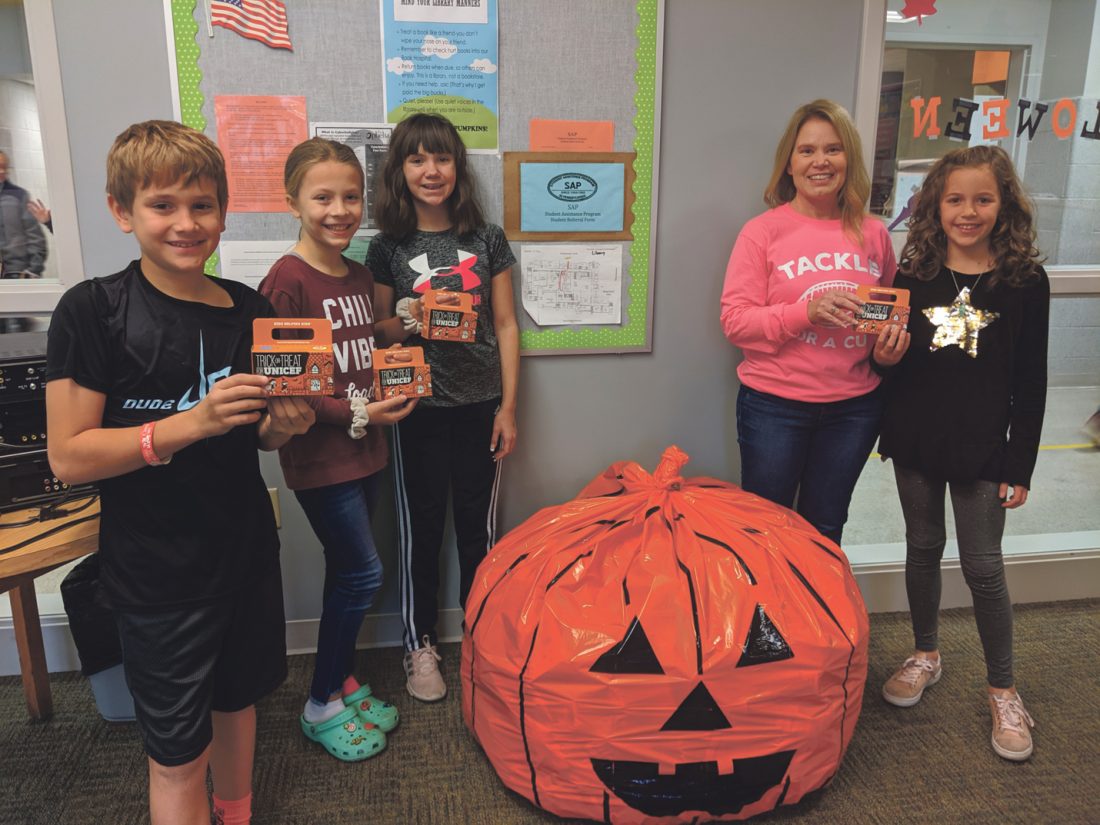 A group of students from Beaty Warren Middle School is hoping to collect more than just sweet treats on Halloween.

A group of fifth-graders will also be trick or treating for UNICEF. They’re hoping folks will add some spare change to their boxes as they take part in Trick or Treat on Halloween.

Beaty teacher Lisa Dinger said she’s been giving students the option to collect for UNICEF for about six years.

“It’s totally up to them if they want to do it,” she said.

“I’m trying to get them to understand that we are very fortunate,” she said. “There are places in the world where children are not.”

The effort is part of a kids helping kids campaign, according to Dinger. “I show them a video,” she said. “They get to see different kids from around the world receiving benefits.”

The students take the boxes along during Trick or Treat, collect spare change, bring it to school and then Dinger takes the money to the bank and sends the proceeds to UNICEF.

Donations can help with basic needs such as clean water and vaccinations, according to Dinger.

Dinger said the one-night collection can often result in a significant donation. “One year we raised about $500,” she said.

According to its mission statement, UNICEF is mandated by the United Nations General Assembly to advocate for the protection of children’s rights, to help meet their basic needs, and to expand their opportunities to reach their full potential.