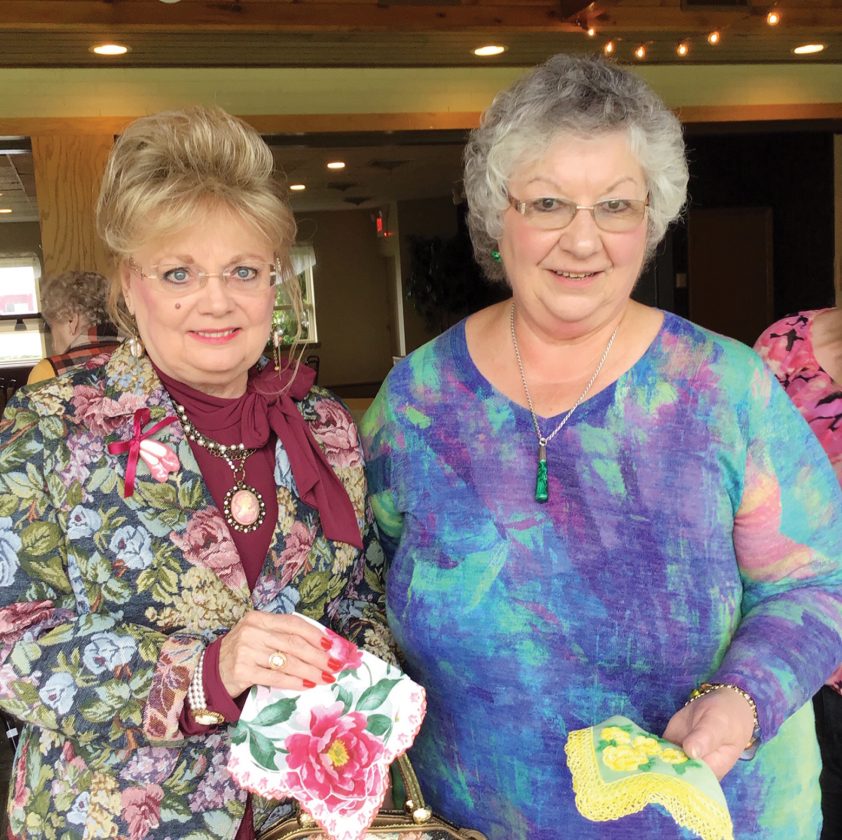 The new executive board members, Marianne Fernstrom, Ruth Barnes Shaw, Connie Lucia, and Kim Anderson served as the committee. The tables were beautifully decorated with fall flowers, cloth hankies and antique mementoes from the Victorian and Edwardian periods up to the 1950s.

There were also six guests in attendance.

After a short business meeting, former member and Past President Josie Gerardi presented a program entitled “My Grandmother’s Hankies.” She has a collection of over 300 cloth hankies which were on display. She stated that women’s hankies were popular centuries ago and were originally a European tradition. They are made of different fabrics with colorful patterns and many are trimmed with lace. In the past, store shelves were full of pretty hankies and some people bought them to give as a small gift tucked inside of a greeting card. Hankies also made a great souvenir to purchase when traveling, since they didn’t require much room in a suitcase. Both men and women carried fabric hankies until WWI at which time paper tissues became more popular.

After Josie’s presentation, members of the club enjoyed reminiscing about the many uses of the lovely cloth hankies and admiring her collection.

The next meeting will be held at the Woman’s Club on October 28.