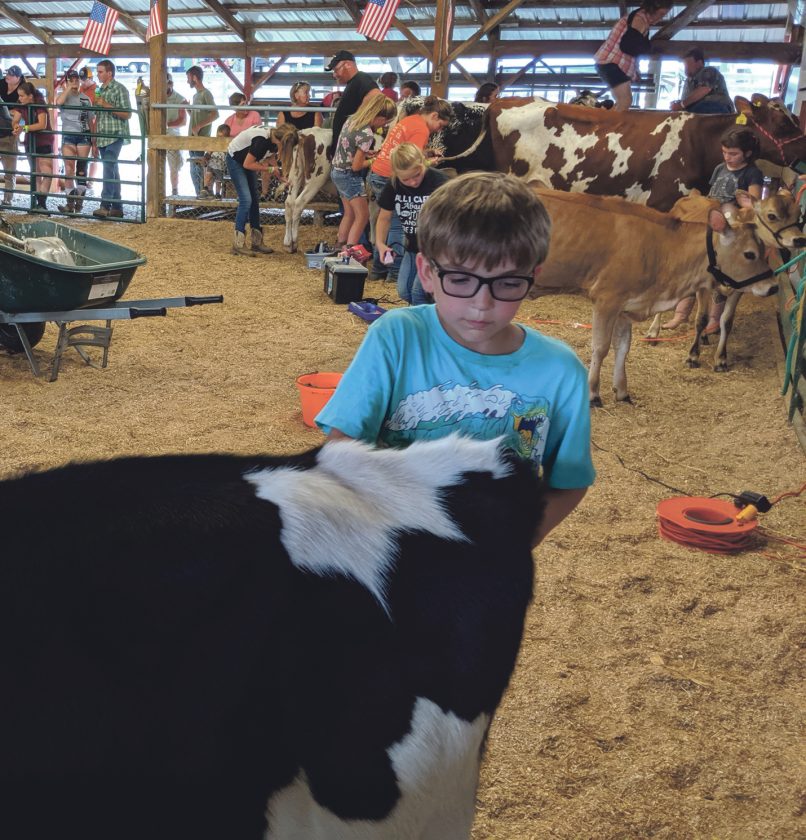 Times Observer photo by Lorri Drumm Brice Ludwick, 9, of Lander, participates in the junior division of the Dairy Fitting Contest in the Livestock Pavilion at the Warren County Fair on Tuesday.

Amid squeals from the residents next door in the Hog Hilton, dairy cows of all sizes and colors gathered around the Livestock Pavilion for the Dairy Fitting Contest Tuesday at the Warren County Fair.

Participants in the junior category plugged in their trimmers and positioned their buckets full of “beauty products” to compete for ribbons as best fitter.

The judges gave them 20 minutes to perfect their cow’s tail.

Ariel Ludwick, 11, and her brother Brice, 9, stood next to each other as they buzzed the sides of the tails of Zelda and Sider with electric trimmers. Once the shaving seemed adequate, a myriad of tools and products including scissors, brushes, powders, and sprays were used.

Some participants worked at getting the hair on top to spike while others concentrated more on making sure the end of the tail has just the right amount of fluff. 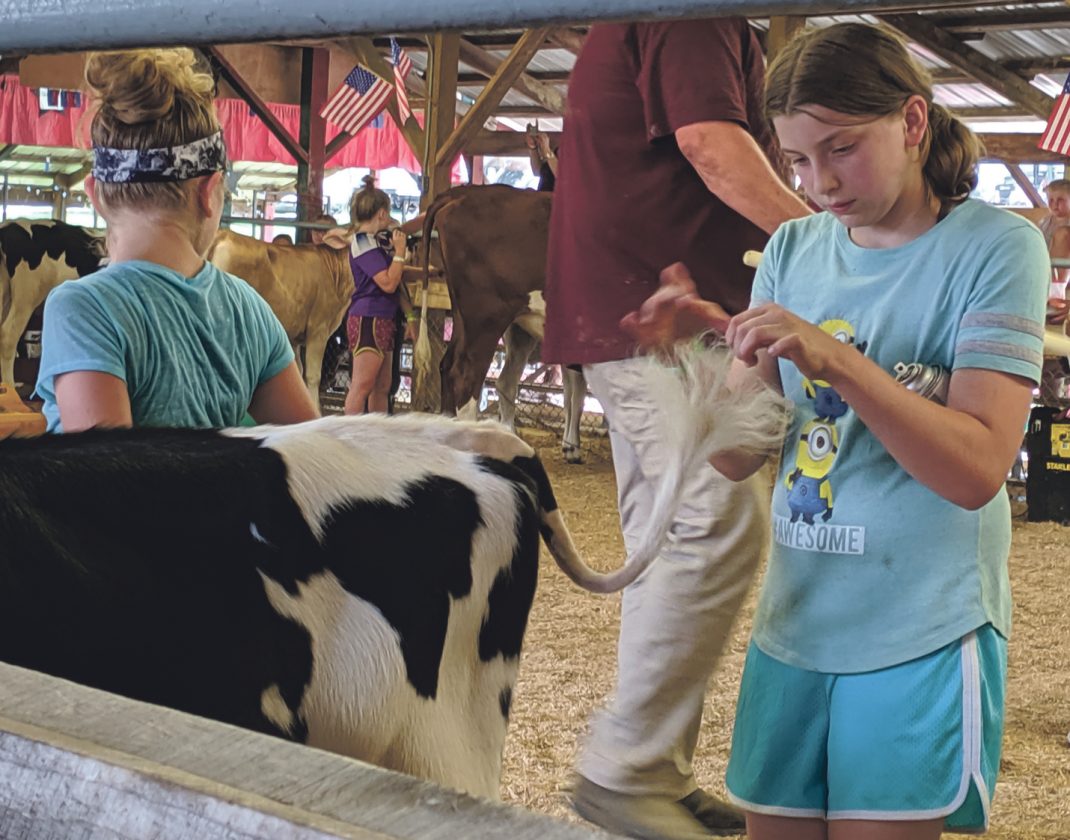 Times Observer photo by Lorri Drumm Ariel Ludwick, 11, of Lander, used various “beauty products” to groom her heifer “Zelda” during the Dairy Dairy Fitting Contest in the Livestock Pavilion at the Warren County Fair on Tuesday. Ariel earned a second place ribbon for her efforts.

The cows didn’t seem to mind, most of the time. They occasionally stomped their feet and wiggled but none of them uttered any objections.

Brice has been caring for Sider since she was born about four months ago. Most days that means tending to her needs after school.

Ariel said she typically tends to Zelda’s needs a couple of times a day. Zelda was born on March 27.

After the judge made her way around to check out each cow and offer praise to each participant, the ribbons were awarded.

Ariel earned a red second-place effort for her efforts. It wasn’t her first ribbon. “A couple of years ago I got a second-place,” she said. 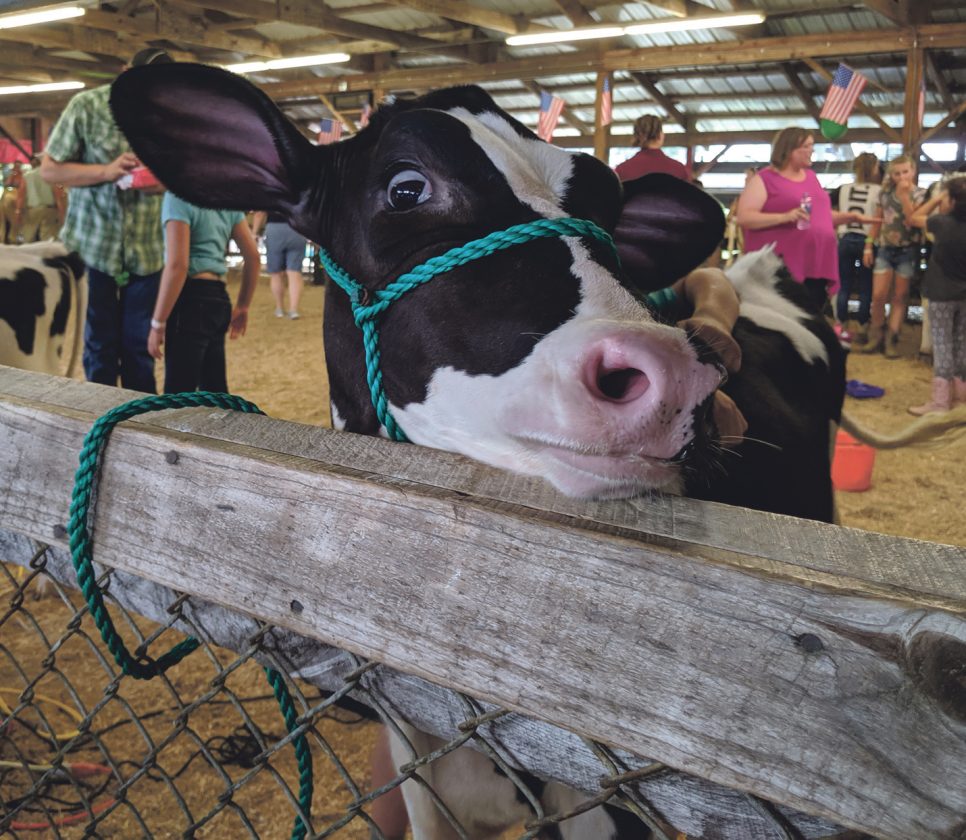 Times Observer photo by Lorri Drumm Sider, a heifer belonging to Brice Ludwick, 9, of Lander, posed for a photo prior to the Dairy Fitting Contest in the Livestock Pavilion at the Warren County Fair on Tuesday.

Just minutes after her win, Zelda was back at the Moo-Tel, relaxing. Ariel was back to work with a pitchfork and a wheelbarrow.