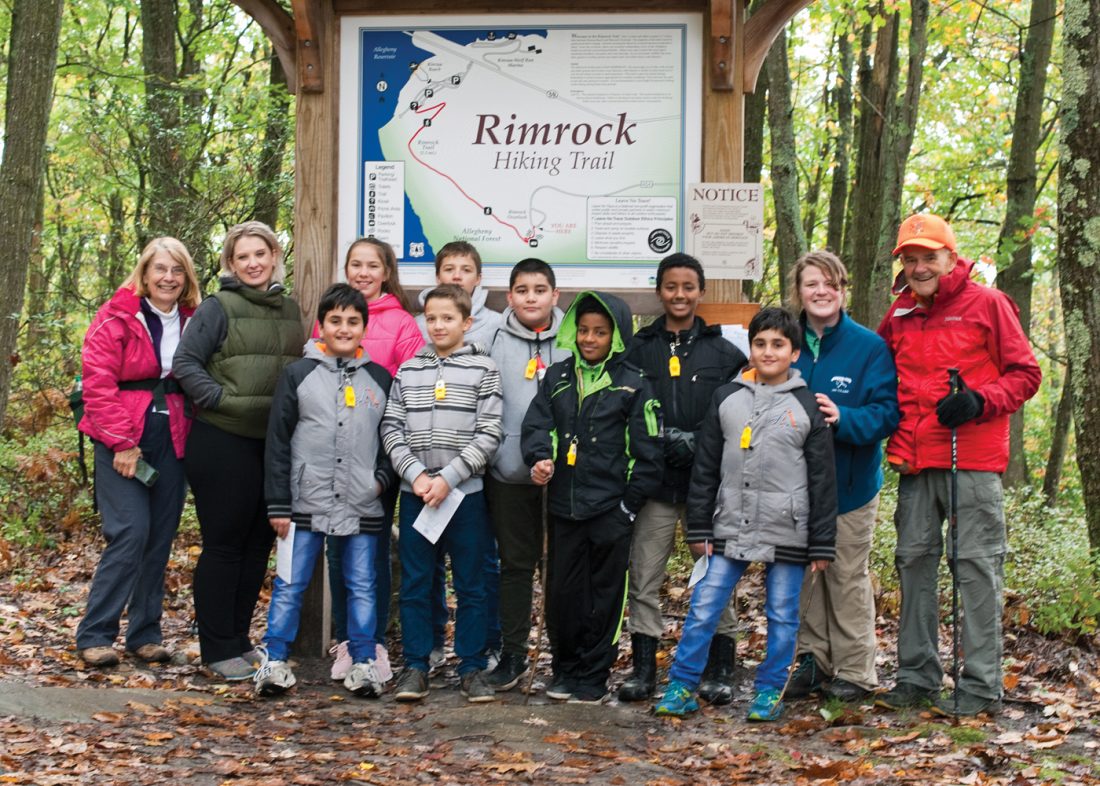 Times Observer file photo Bill Massa with a group of refugees from Erie’s MCRC group, some of the trip’s organizers on a fall trip to Rimrock.

Times Observer file photo Bill Massa with a group of refugees from Erie’s MCRC group, some of the trip’s organizers on a fall trip to Rimrock.

It was during a presentation in February 2018 titled “Immigration 101” that a seed was planted in the minds of some of those in attendance. That seed has grown into a community effort that has brought people from all over the world to our neck of the woods.

Two people who have been part of that community effort from the beginning shared the story of how Warren County has become a destination for numerous refugees now living in the Erie area.

Bill Massa, of Warren, was among those who attended the February presentation. The League of Women Voters of Warren County invited Paul Jericho, associate director of the Multicultural Community Resource Center (MCRC), to present the program. Jericho spoke about the refugee’s journey to this country and life in the resettlement city of Erie, according to Massa.

During the meeting an audience member, Karen Davis, of Warren, asked Jericho what residents of Warren County could do, Massa said. The organization needed activities for the refugees, Jericho replied.

A few days later at a faith group session, the topic was brought up by Massa. “Being a consummate hiker and member of the Allegheny Outdoor Club, along with my wife Mary, who was also in attendance, I suggested bringing the children to Warren County for a day just to hike,” Massa said. “An active outdoor person as well, group host Rose Mazzocchi liked the idea. We shook hands, said ‘it’s a deal’ and the others, Steve Warner, Regina Jabo, and Mary chimed in with enthusiastic consent.” 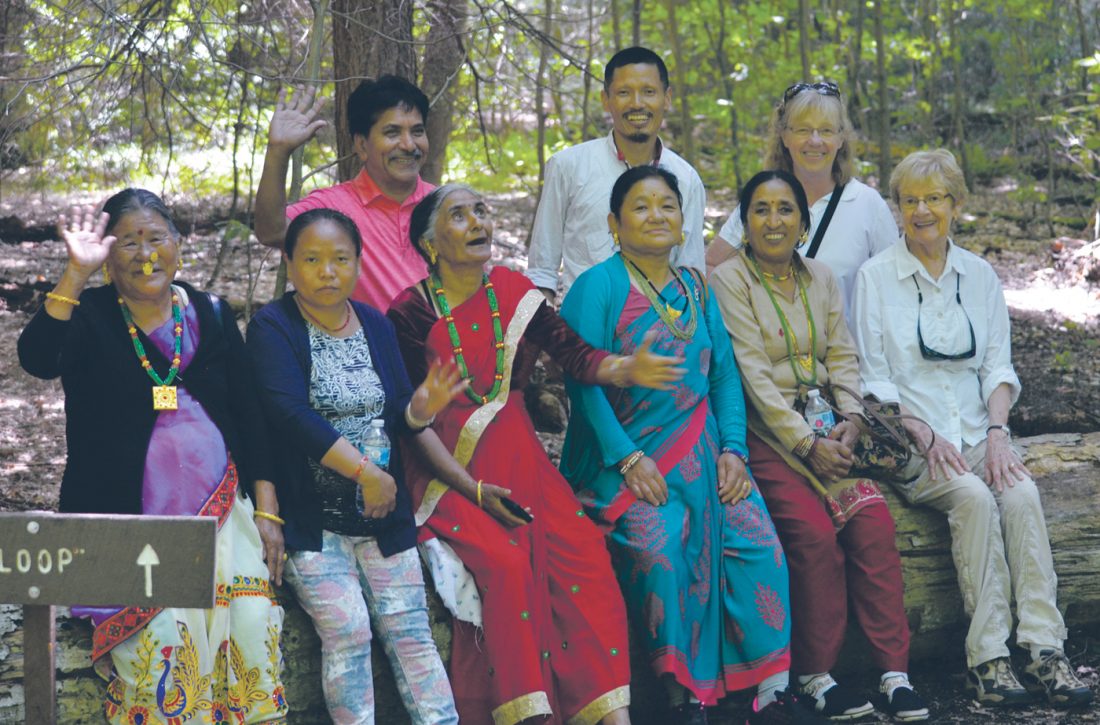 Once the idea was proposed to Jericho, MCRC was on board. Since the idea was initially proposed, there have been five trips for Erie refugees. “Our ad hoc committee hosted three visits in 2018 and two so far in 2019,” Massa said. “Four of the groups were children or young adults, ranging in age from 10 to 24. One group included approximately 25 seniors.”

Before each group takes in the local scenery, they get an official welcome. “Each time has been such great joy,” Massa said. “We have always greeted them at the Warren County Visitors Bureau where Executive Director Dave Sherman has welcomed them and shown a brief video of county attractions and activities.”

Many of the trips have taken refugees hiking on local trails. The most recent trip involved a kayaking trip on the Allegheny River. On each trip, the refugees see and experience things that they’ve never seen before and things that remind them of the place they came from.

Each group, with the exception of the recent kayakers, have visited Kinzua Dam. “Each time Park Ranger Steve Lauser has welcomed them and explained the history and construction of the dam, one time with the assistance of an Erie interpreter for the seniors,” Massa said. “This gentleman, Marcus, who has accompanied each group, is a refugee from the Nepal-Bhutan area, now employed by MCRC. Among the 300-year-old pines in the old-growth forest area at Hearts Content earlier in the day, Marcus, craning his neck back and gazing skyward, remarked ‘We have trees like this in my homeland.'”

Sometimes local foliage can create a whole new experience for the refugees. “A Ugandan refugee, who has been in the U.S. a brief five months and who was accompanied on a forest visit this Spring with his sister, shared that he had never experienced changing seasons where a cold, snowy season without leaves on trees yields to Spring and budding trees and showy flowers,” Massa said. “In Uganda, he explained, there are only two seasons without change to the tropical greenery: A wet season and a dry season.” 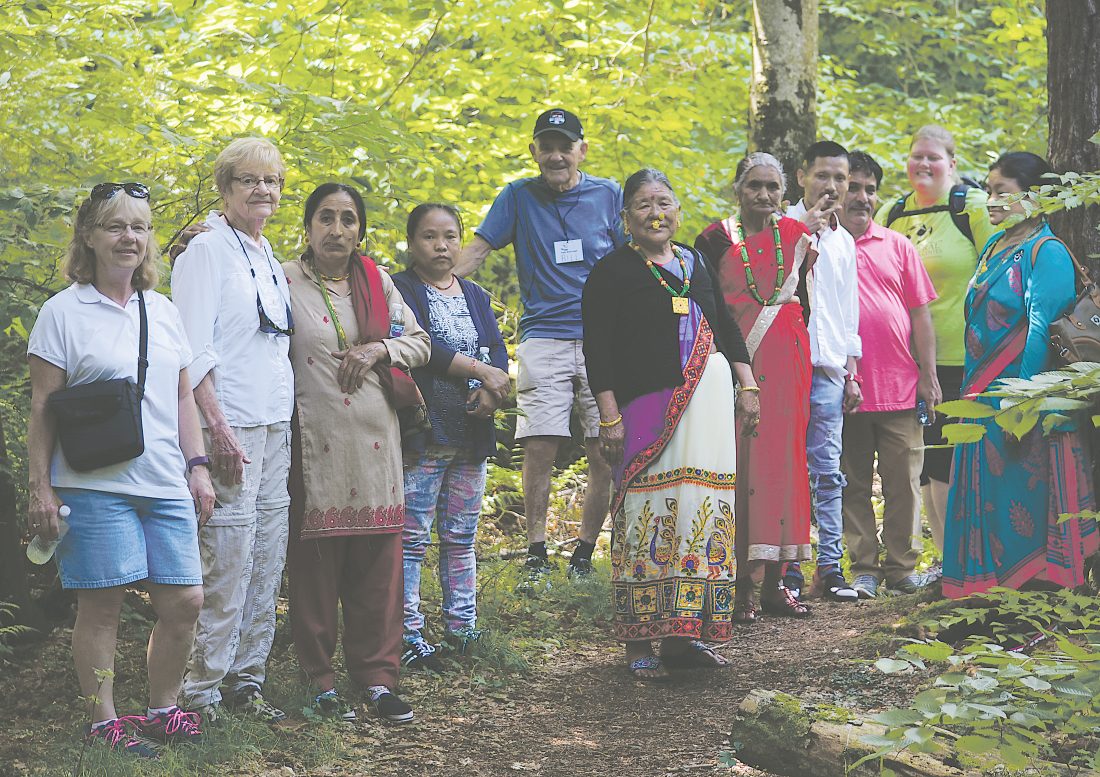 As plans continue for future day-trips for the Erie groups, Massa expressed gratitude to the many individuals, groups, organizations, and businesses that support the efforts. Monetary donations discounted food and services, and volunteers who offer time and services, even kayaks, come together to make the trips memorable for all involved, according to Massa. “The participants make my part in this venture very easy and much fun,” he said.

“These children are polite, well-mannered, quiet, educated and a pleasure to be with,” he said. “Their English is fine, although ofttimes tinted with native dialect. I have used the word ‘joy” before. I’ll use it again. For Mary and me and all the other hosts, it is such a joy to be with them.”

Warren Public Library is not going green. “The library will not reopen to the public on Friday,” Director ...