Volunteer grief counselors say ‘suicide’ should not be a ‘whispered word’ 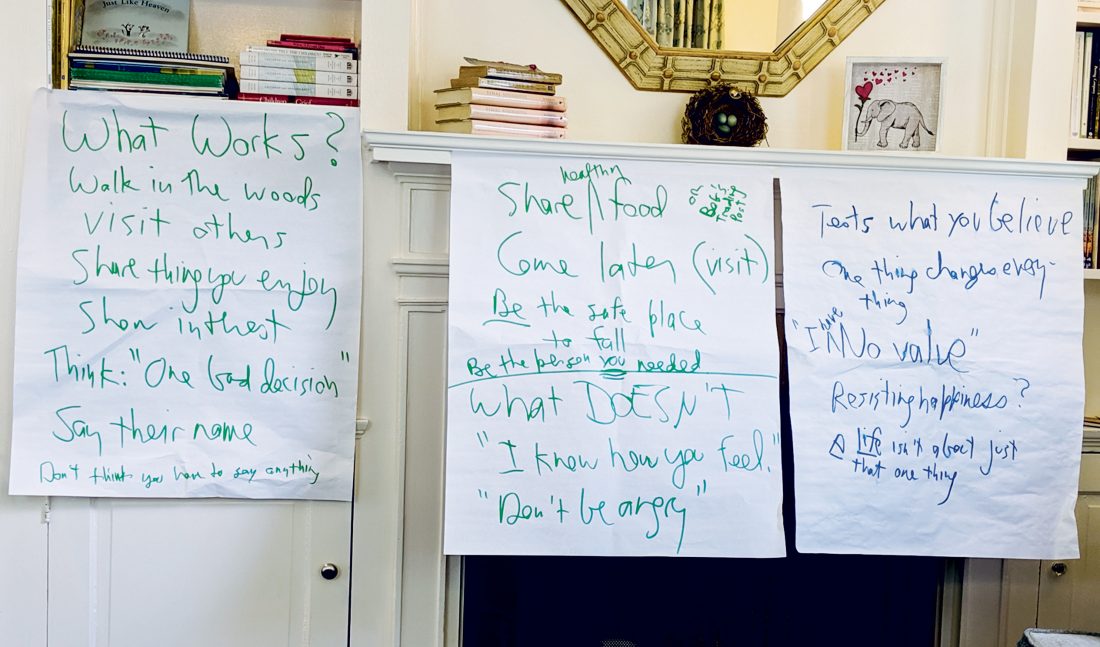 July marks the first meeting of a statewide task force with a mission to prevent the 10th leading cause of death in the country — suicide.

“Anything we can do to all support each other is welcomed,” said Dorothy Hilliard. ‘The word “suicide’ should be out there for the public to see. It should no longer be a whispered word.”

Hilliard and Gary Lester have been serving as volunteer suicide grief group counselors through Warren County’s Schorman Center for nearly five years. Neither of them knows of any other local grief groups focused on the needs of those dealing with death caused by suicide.

Both have seen an increased need for the specialized group.

According to a 2018 report by the Centers for Disease Control and Prevention (CDC), suicide is the 10th leading cause of death in the country and is one of only three that are on the rise. In Pennsylvania, suicide rates have increased by 34 percent since 1999. The CDC reports that problems with relationships, substance abuse, physical health conditions, a job or financial situation and the legal system or another crisis most often contribute to suicide. More than 50 percent of people who die by suicide do not have a known mental health condition.

The local suicide grief group was started after someone called Hospice of Warren County looking for counseling services. Hilliard got involved due to her experience as both a pastor and someone who has lost a loved one to suicide.

Hilliard still remembers the phone call letting her know that her great-nephew/godson had died from suicide.

“I just screamed,” she said.

She struggled with a multitude of emotions including guilt and her religious beliefs concerning suicide.

Hilliard will never forget the most meaningful words said to her at the time.

“I was told he was in the hands of a merciful God,” she said. “That was the most comforting thing anyone said.”

Both Hilliard and Lester feel blessed to be able to help others deal with a myriad of emotions when they lose a loved one to suicide.

“Grief is different for everyone,” she said. “But there are also similarities like a feeling of helplessness.”

“Everyone has that sense that they should have seen it coming,” Lester said. “Many people talk about “what ifs,'” Hilliard added.

“The suicide filter magnifies everything,” he said.

“People need to have permission to feel however they feel. Everyone who’s grieving needs a safe place to fall and just be themselves.” Hilliard added.

“It’s important that we change the stigma connected to suicide,” Hilliard said. “It is not the family’s guilt. They need support.”

Reducing the stigma associated with suicide is also one of the goals of the statewide task force. It also aims to increase awareness of resources for people in crisis or considering suicide and ultimately reduce the rate of suicide in the state.

“We have an obligation to provide resources and promote safe, supportive environments so people we serve know that there are places to turn if they are in crisis,” Wolf said. “Silence can perpetuate crisis and make people feel like they are struggling alone with no outlet or options for support, but things can and will get better, and help is available.”

The first meeting of the task force will be held in July, according to J.J. Abbott, media spokesman for the governor’s office. The task force will meet every five weeks through Dec. 2019. “The task force will regularly engage with stakeholders through this process and provide an opportunity for public comment on the draft statewide prevention plan,” Abbott said.

If you or someone you know is in crisis or you are considering harming yourself, free help is available 24/7 through the National Suicide Prevention Lifeline at 1-800-273-8255.