Warren Gives builds upon success of years past 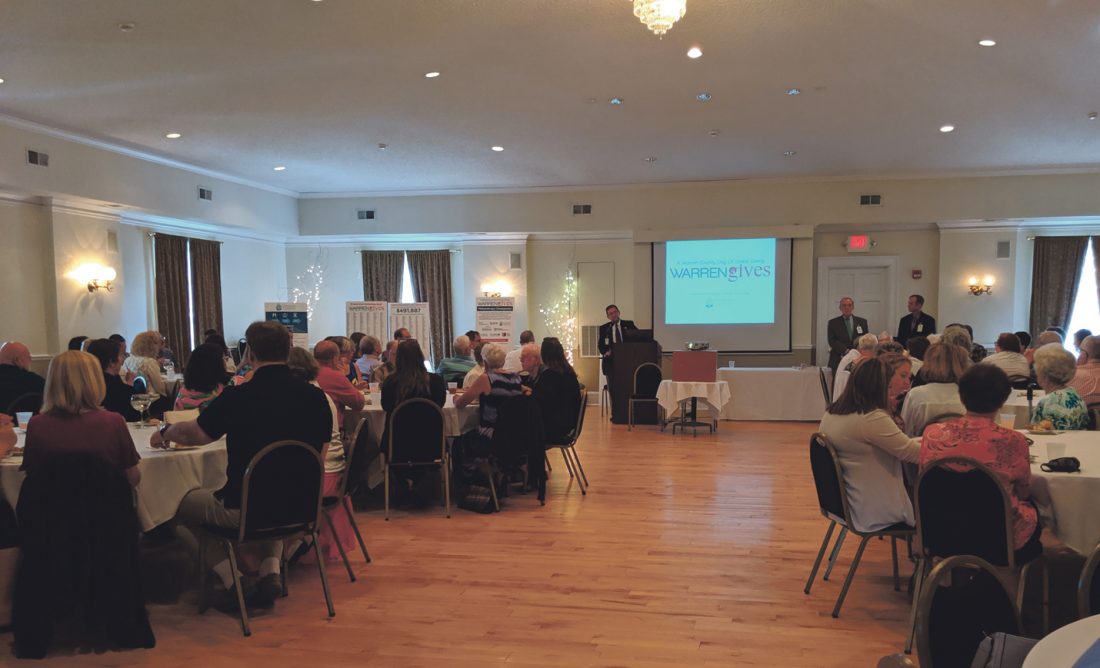 The total numbers for the seventh Warren Gives campaign are in and there was improvement in just about every category this year, according to John Lasher, executive director of the Community Foundation of Warren County.

Warren Gives is a Community Foundation of Warren County event.

Lasher emceed a gathering Wednesday evening at the Conewango Club where total figures were announced and checks were disbursed. The total amount raised for organizations that serve Warren County this year — $491,887.

The contest between the first and second place organizations, as far as donation amount, came down to a “dog fight”, Lasher told the crowd. As the final minutes of the campaign wound down, the Struthers Library Theatre took the top spot with a total of $37,919.21. Paws Along the River Humane Society came in second with $29,552.62.

There were 106 nonprofit organizations that took part in the fundraising event this year. The total amount raised in the seven years that Warren Gives has been held — $2,378,267.

Lasher not only announced the top ten organizations during Wednesday’s event, but also some special awards.

Two organizations earned checks by garnering donations from the most states. Miracle Mountain Ranch collected from 40 different states while Sugar Grove Free Library had donations come from 17. “This is a category that can improve next year,” Lasher said. “Nobody has reached the 50 state mark yet.”

Three organizations increased this year’s donation by more than 200 percent to earn awards in the category of “Most Improved.” Youngsville Public Library increased the percentage of dollars raised from last year by 295 percent. Sheffield Township Library saw a 280-percent increase. Lander Volunteer Fire Department jumped up by 272 percent.

Each year one organization is selected to receive a $100 Mystery Prize. Lasher told the crowd that in past years some people left after they collected their checks, so this year the mystery prize was announced last. This year’s winner of the $100 bonus was Allegheny Outdoor Club.

Prior to the announcement of the top two organizations, Lasher announced the top ten, beginning with number 10. Those organizations in order with the amount raised were:

As the evening came to a close, Lasher told those gathered that “the foundation doesn’t set a goal” for the amount that it hopes to raise each year. “But don’t you think next year we can surpass a half-million,” he said. If applause is any indicator, it could happen.