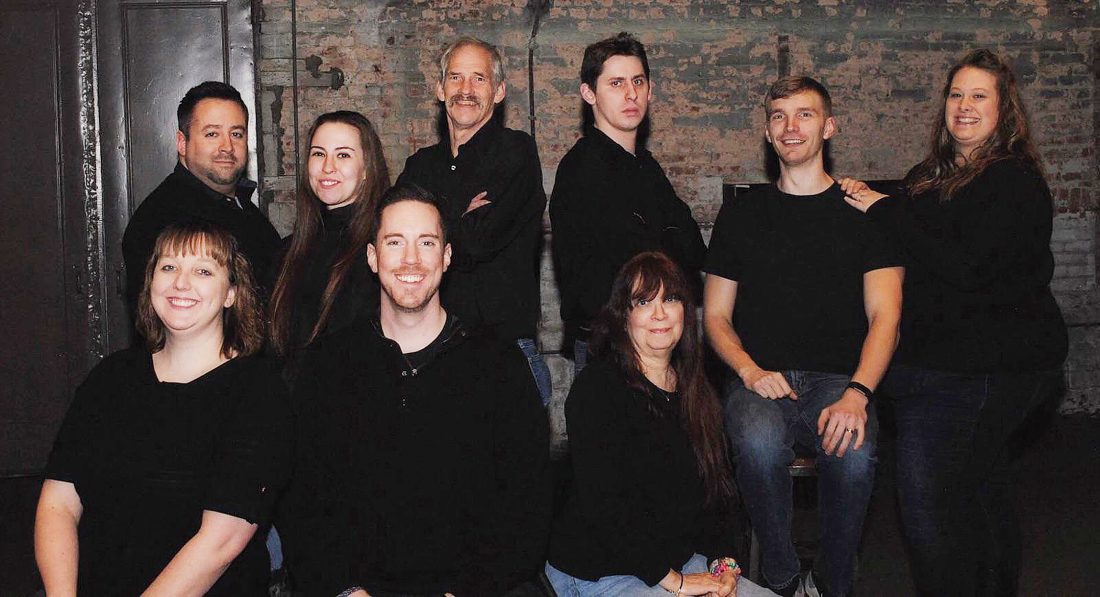 Audiences can expect a truly “Wilde” time during Warren Players’ latest production of “The Importance of Being Earnest.”

This comedic treasure, first performed in 1895, is hailed not only as Oscar Wilde’s most enduring play but has also been called the funniest in the English language. Tagged as “A trivial comedy for serious people”, the play may be centuries old, but its themes remain timeless — love, society, and appearances, with a dash of mistaken identity thrown in to spice it up.

Set in high society Victorian London, Wilde tells the hilarious story of two bachelors who fake their names in an attempt to get two women to fall in love with them, but they fall victim to the wit of the women they woo. Accompanied by a cast of delightfully colorful characters, this show is a tale of mistaken identities, passion, and cucumber sandwiches. As Wilde himself once said, “The suspense is terrible. I hope it will last.”

For “Earnest,” the actors will forego the traditional stage for an up-close and more intimate theatrical experience. Where most productions separate the actors with a proscenium and a stage with a “fourth wall,” performing in the ornate and historic Library Room forces the actors to constantly focus on their body and facial language – and their comedic timing – without breaking character. It also gives audiences a great view of the action and a better ability to laugh along with Wilde’s brilliantly written dialogue. To ensure that witty banter feels most authentic, the cast practiced their British accents with the help of a local dialect coach, Ian Purnell. This is Hunt’s second time directing a production staged in the Library Room. After leading last year’s nearly sold-out production of “Dead and Breakfast”, what compelled her not only to do it again — but also tackle such a classic piece?

“Ever since my senior year of high school, I have loved British literature, and I loved the idea of bringing a classic to the Warren Players stage, especially as a straight play for those who want to stretch out from the musicals we all love,” she said. “I couldn’t be happier with my cast: they really are fantastic, and have pulled together in the true family spirit of community theater.”

The story unfolds when Jack Worthing, a respected country gentleman, transforms himself into a rogue named Ernest – allowing him to live scandalously without harming his true identity. His best friend, Algernon Moncrief, lives in the city and – realizing the benefits of a dual life – also adopts the name of Ernest when he goes on sprees in the country. As the play progresses, both men find themselves entangled in a web of lies that leads to hijinks and hilarity. Patrick Mulligan stars as Jack, alongside Kevin Hunt as Algernon.

Also starring are Karin Davidson as Lady Bracknell, Algernon’s strict aunt; Megan VanOrd as Gwendolen Fairfax, Jack’s fiance and Lady Bracknell’s daughter (who for some reason wanted to marry only someone named Ernest until becoming involved with Jack); Caitlin Webster as Cecily Cardew, Jack’s ward, who falls for Algernon but believes he would be more stable if he had been named Ernest.

Co-starring is Amanda Wolf as Miss Prism, Cecily’s governess, who hides a passionate past; and Michael Stenberg as Reverend Chasuble, whose outward reverence masks a desire for something more. Collin Maines and Mark Hurst round out the cast as Merriman and Lane, manservants to Algernon and Jack. Working alongside Hunt behind the scenes of “Earnest” are Production Manager Nyssa Brumagin, Director’s Assistant Ashley Hall, and Costumer Charmaine Check, Set Builder Andrew Stalder and Accent Coach Ian Purnell.

“The Importance of Being Earnest” performs February 21 to 24 at the Struthers Library Theatre, 302 W. Third Ave, Warren. Seating in the Library Room is limited, so patrons are encouraged to get their tickets early. Show times are Thursday, Friday, and Saturday at 7 p.m. and Sunday at 2 p.m. Tickets are $14 for adults, $12 for seniors and students. For tickets or more information, call the theatre office at (814) 723-7231 or visit warrenplayers.com. Tickets are also available one hour prior to show time at the theatre’s box office.