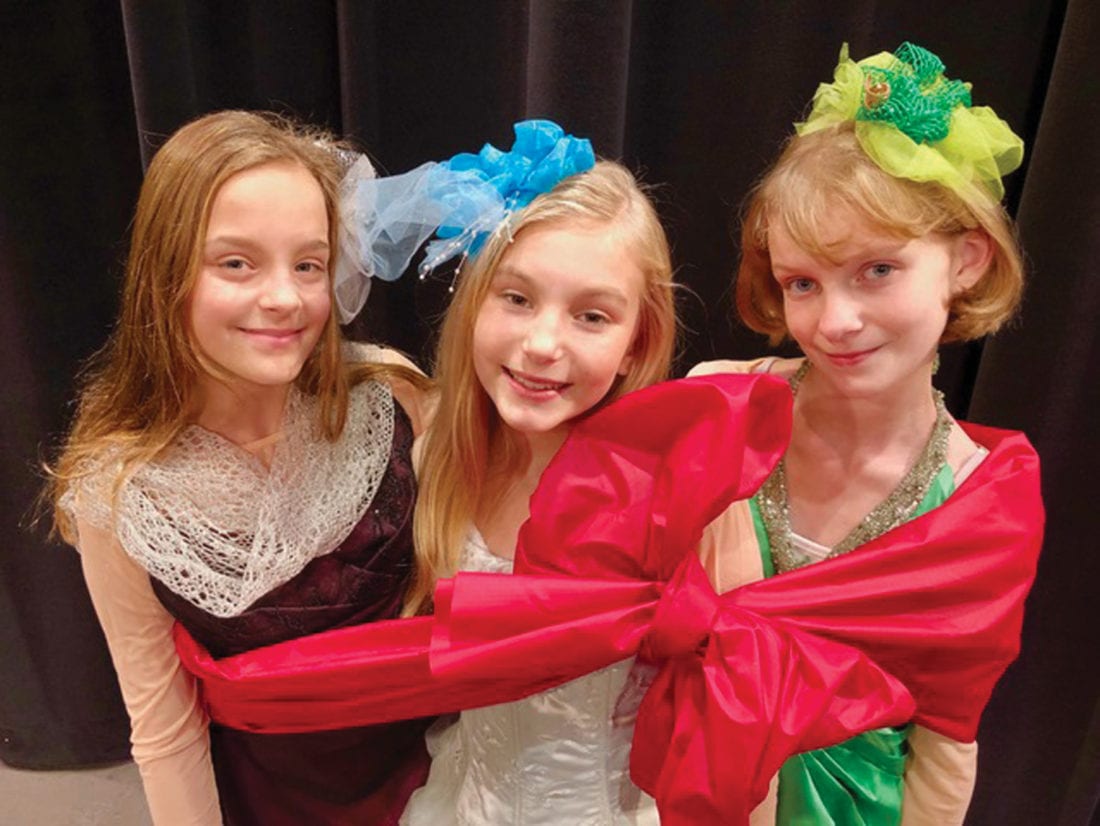 Ella Getner, Kasey Kophazy, and Lily Walker are all new this semester to SLT Academy’s Senior Competitive Troupe, the Academy’s most advanced theatrical training class. Each of the girls began their Academy training with ARTE and Scene It classes. But this year, they were seeking instruction to more rapidly advance their skills as well as to be featured performers in SLT Academy productions.

The girls successfully completed auditions comprised of acting, singing, and movement to land slots in the Senior Competitive Troupe, which is capped at 16 students. Classes began in September and will culminate this Friday in the public performance of A Christmas Cabaret at Struthers Library Theatre at 8 p.m. In this 90-minute Christmas-themed variety show, Getner, Kophazy, and Walker will shine in their interpretation of Kelly Clarkson’s song, Wrapped In Red.

“Wrapped In Red is a technically and texturally difficult song,” said artistic director Chuck Gray. “The maturity, quality, and range of Clarkson’s voice are especially fine. Because of that, Wrapped In Red is an ambitious undertaking for any singer, let alone for young singers performing the song as a trio with harmonies. I am so proud of these girls, and all our students, who set such high goals for themselves and work so hard to achieve them.”

Dance moves for Wrapped In Red were developed with the actresses by Augenstein, inspired by the choreography of female trios like the Supremes. The scene plot was inspired by the song itself, from which the girls created their characters. At its heart, Wrapped In Red is about love and longing during the Christmas season. So Getner, Kophazy, and Walker decided to place their number backstage as their characters prepare for the show…with one member of the trio experiencing heartbreak.

“My character,” said Getner, “is sad because she just broke up with her boyfriend. At the beginning of the scene, my character is like Eeyore, but by the end, she is more like Piglet. My character inspirations took a Winnie the Pooh turn there.”

“The inspiration for my character is Logan Johnson,” said Walker. My character is happy and doesn’t complain much and tries to make other people happy. During the scene, she tries to cheer up Ella’s character by dancing and singing and acting silly.”

Getner and Walker’s characters are best friends. But to add humor to the scene, the girls developed a foil to the best-friend dynamic. “I would call my character the ‘frenemy,'” says Kophazy. The friend-enemy role comes out of, “my character wanting to steal Ella’s character’s boyfriend. Ella and Lily do not know my character’s motives at the beginning of the scene, but they get suspicious by the end.” Kophazy based her character on a kitten and moves, preens and carries herself delightfully like a cat.

Creating layered, funny and pleasing scenes is not easy work, especially when performers set such high standards like Getner, Kophazy, and Walker. “They have invested everything they have to make the scene the spectacular success that it is,” said Gray.

“This semester, I’ve learned that if you want to deliver a great performance, said Walker, “you have to practice more. And when things get tough or stressful, you have to tell one another how you are feeling. You don’t try to go around anyone or try to solve things yourself. You work with your scene partners to find a solution. And if that doesn’t work, you ask for help from an instructor.”

Because we work hard and are given more opportunities and responsibilities in class “I feel we’re more of a company of actors who do things together,” said Getner.

And all the hard work pays off, not only in stellar performances but in learning. “This semester, I learned how to breathe while singing, how to perform box steps, how to project my voice, and how to build a character,” said Kophazy.

“Miss Cathy taught me how to sing more like an opera singer and how to project and annunciate,” added Walker.

“Watching these students develop into a company of incredibly talented actors is a true joy,” said Gray. “A joy that will – in turn – fill audiences’ hearts this Friday evening during the performance of A Christmas Cabaret at Struthers Library Theatre, right after the downtown Christmas parade.

The box office and theatre doors open at 7 p.m. this Friday night. Tickets are $10 for adults, $8 for students and seniors and free for children under 5. Tickets may also be purchased by calling the theatre office between 10 a.m. and 5 p.m. weekdays at (814) 723-7231 or by stopping by the theatre office at 302 W. Third Avenue in Warren. 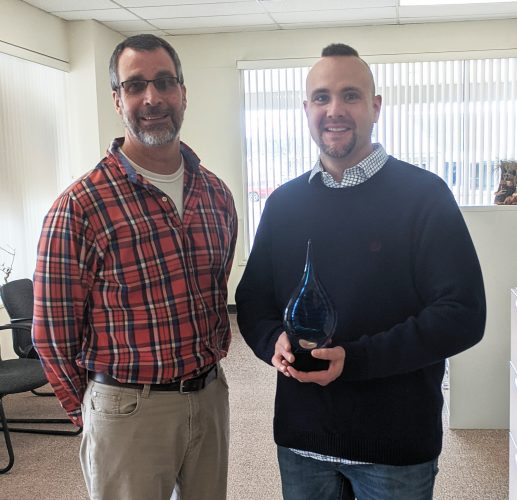 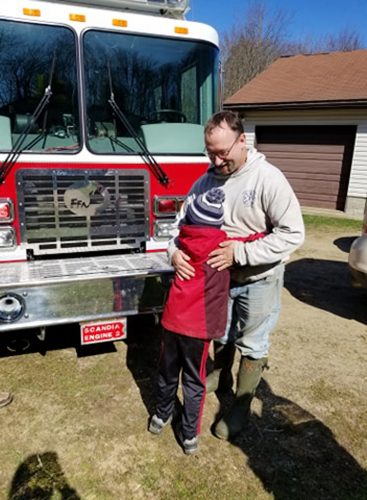