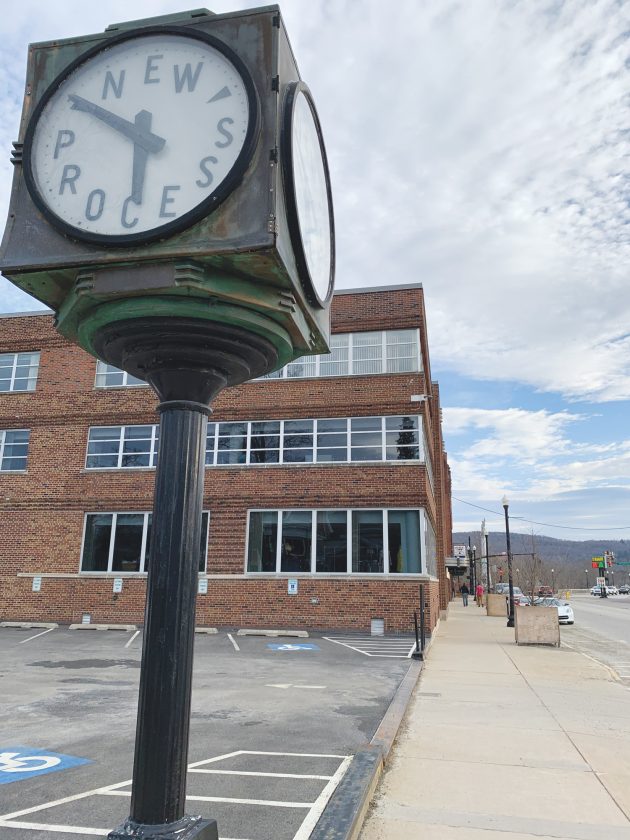 Times Observer photo by Josh Cotton Blair, Bluestem Brands, and the other 16 affiliated companies have filed for chapter 11 bankruptcy. Tuesday was the first day of hearings.

Blair, Bluestem Brands, and the other 16 affiliated companies that have filed for chapter 11 bankruptcy may be playing a little too fast and loose with their parent company’s tax breaks.

On the first day of bankruptcy hearings, Bluestem Group Inc. (BGI) objected to a motion filed by Bluestem Brands, Blair, and the other Bluestem companies — the debtors — that filed for bankruptcy reorganization.

The debtors asked for an injunction that would establish procedures for transfers of equity in both the debtors and BGI, according to the filing.

At the core of the issue seems to be “net operating losses.”

BGI — then known as Capmark Financial Group — generated net operating losses of more than $1.8 billion between 2008 and 2013, according to the filing.

When a company has more deductions than taxable income, the resulting net operating losses can be used as tax credits against future profits.

According to the filing, the debtors are claiming they “may be able to apply the NOLs to offset their taxable income.”

BGI argues that the debtors do not own the NOLs and are improperly claiming to be part of the “Bluestem Tax Group.”

“None of the debtors had anything to do with the creation of the NOLs; none was even affiliated with BGI until it acquired BBI in late 2014,” according to the filing. “The NOLs are unquestionably BGI’s property. They are not property of the debtors’ estates, and the debtors are not party to any tax sharing agreement entitling them to use the NOLs.”

“BGI has the sole right to determine which of its subsidiaries will be consolidated for income tax purposes,” according to the filing.

According to a spokesperson for BGI, “BGI is the holding company, and BBI is an operating subsidiary. BGI acquired BBI, and then BBI continued to operate as it did before.”

“Within the last two weeks” entities that were owed money by the debtors cashed in stock rights “to reconstitute the debtors’ boards of directors,” according to the filing.

A majority of the new directors were “appointed by the lenders.” Those new directors “controlled the chapter 11 filings” and the NOLs motion, according to the filing.

The BGI filing states the debtors have not established that they will be irreparably harmed if the injunction is not imposed.

In fact, the parent company seems to argue that the debtors are unlikely to “have any operations or taxable income” to harm.

BGI argues that the debtors “have not demonstrated that they will have taxable income to use the NOLs at all… They filed this case with a motion to sell substantially all of their assets, together with a stalking horse bid from their prepetition lenders.”

“Nor is it likely, having sold all of their assets, that the debtors will have any operations or taxable income in future years,” according to the BGI filing.