Map courtesy of VisitPA.com The mountain bike trail system at Jakes Rocks was recently ranked at the top of VisitPA’s list of ‘Heart-Pumping Mountain Bike Trails.’

Photo courtesy of VisitPA.com The mountain bike trail system at Jakes Rocks was recently ranked at the top of VisitPA’s list of ‘Heart-Pumping Mountain Bike Trails.’ 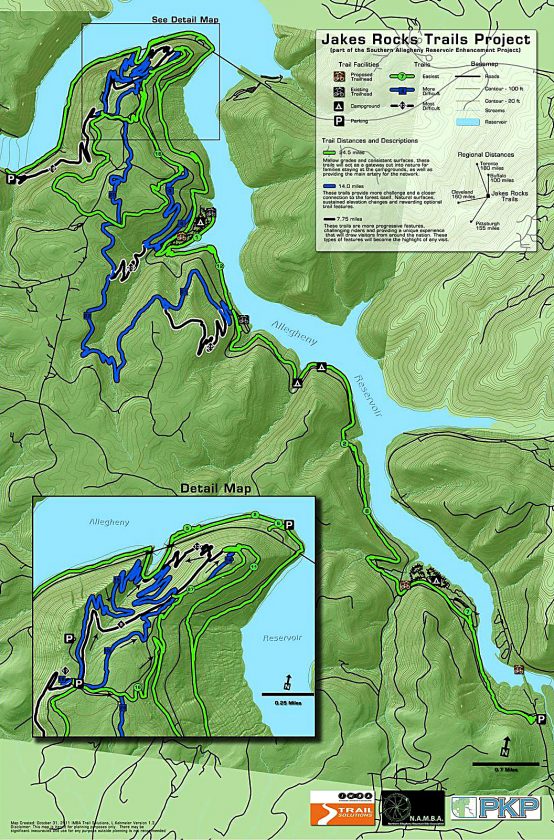 Map courtesy of VisitPA.com The mountain bike trail system at Jakes Rocks was recently ranked at the top of VisitPA’s list of ‘Heart-Pumping Mountain Bike Trails.’

The Trails at Jakes Rocks have made it to the big time.

The mountain bike trail system was recently ranked at the top of VisitPA’s list of ‘Heart-Pumping Mountain Bike Trails.’ VisitPA is the official tourism website of the Pennsylvania Department of Community and Economic Development.

That TAJR tops the list is no surprise to local officials nor the estimated 10,000 people who utilize the trail system each year.

The popularity of the trails is clear.

According to Warren County Chamber of Business and Industry President and CEO Jim Decker, hosts at Dewdrop Campground, right at one of the TAJR trailheads, have reported that “every weekend is like Memorial Day since the trails have opened.” 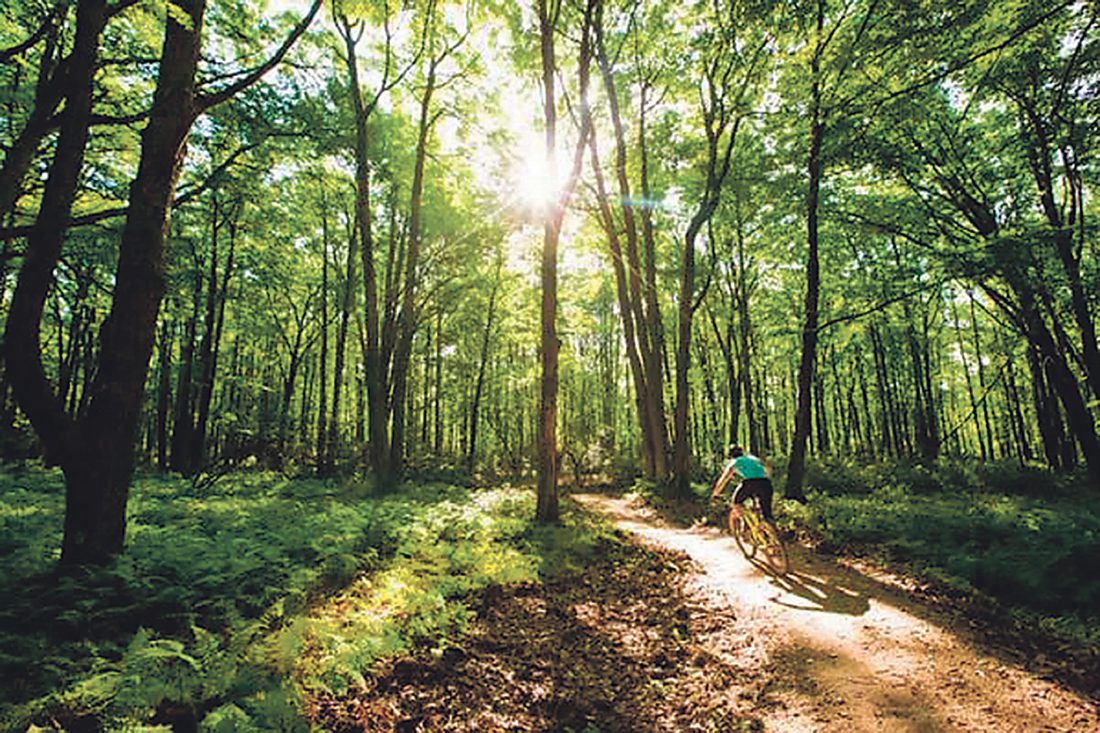 Photo courtesy of VisitPA.com The mountain bike trail system at Jakes Rocks was recently ranked at the top of VisitPA’s list of ‘Heart-Pumping Mountain Bike Trails.’

He also has more concrete data. Decker cited a 28 percent increase in sales at one local restaurant and the hiring to two additional full-time positions at another, both directly attributable to trail users.

It’s difficult to track exactly how many people come and go, but it’s a lot. “One of the challenges we are working to overcome is developing an accurate measure of trail user numbers, demographics and duration of stay so that we can calculate the economic impact for the community,” Decker said. “As we continue to expand the trail system this becomes an increasingly difficult task. The Forest Service has two trail counter units located on the trails in what we believe to be heavily traveled areas, but there are numerous locations that you can access the trails from so counting at only two is far from accurate.”

There are 30 miles of trails completed, with another two slated for development next year, and 16 more in the eventual plan.

At an estimated $100 per day-trip visitor, 10,000 visitors are generating about $1 million in tourism revenue for the county each year, Decker said. Those who stay overnight are spending significantly more.

Those dollars are coming in from an investment of only a little more, including $600,000 of local effort.

“With an investment of $1.5 million over five years to get us to a point of getting $1 million-plus a year back, with virtually zero dollars in operation/maintenance expense, the return on investment is uniquely positive,” Decker said.

TAJR is on the VisitPA list ahead of the Allegrippis Trails at Raystown Lake — which was looked at as a kind of ideal during the planning phase for TAJR.

“As we developed the project we utilized the Raystown Lake trail system as the example of what is possible in terms of economic impact from bringing mountain biking into a community,” Decker said. “Seeing this ranking of our trails as number 1 in the state is an amazing reflection of what can be accomplished through collaboration and cooperation between private and public entities and individuals. The work and dedication put into this project by Pennsylvania Kinzua Pathways, Northern Allegheny Mountain Bike Association, Western New York Mountain Bicycling Association, U.S. Forest Service and the WCCBI is just beginning to move the dial upwards in terms of impact across the community.”

“They not only keep coming back, but they are bringing friends and family with them,” Sherman said. “We’ve been talking to hikers and bikers for roughly four years now — the next complaint or negative comment will be the first one we field.”

The VisitPA designation can only help.

“Anytime you can get labeled as the best in anything you really have to embrace and strive to capitalize on that ranking,” Decker said.

“As for more positive exposure for the area, it just shows what too few know and embrace here: we are a destination,” Sherman said. “Not for everybody, but for those who enjoy nature, and engage with it, we are a friendly, inexpensive getaway destination.”

“If you aren’t noticing more kayaks and canoes on vehicles and on the waterways, and more bikes on the back or tops of vehicles going through our area, you’re simply not paying attention,” he said. “We aren’t a stop to eat and fill up your tank on your way somewhere else, we are somewhere else, period.”

After reading about the list on Tuesday, Sherman pointed it out while he was interviewed by a Buffalo television network WGRZ on Wednesday for its WNY Living programming.

“State-wide acknowledgment such as this serves only to help us get the word of the trails out to more people from outside the region,” Decker said. “I am currently developing a nomination for the trails to be considered for 2020 Trail of the Year designation through DCNR’s Trail Advisory committee. Gaining this level of state-wide acknowledgment is critical to the continued growth of usership and corresponding economic impact.”

How big is the mountain cycling industry for Warren County?

“I have no evidence to support my personal claim that mountain biking is currently the largest single continuous attraction activity in Warren County,” Decker said.

“Our research shows that walking is still the number one outdoor recreation activity, but what better place to walk and get away from your troubles than a world-class mountain bike trail system that can compete with any other in the state, region or country?” Sherman said. “The two users are highly respectful of each other’s rights in using the trails, and with the mileage only increasing in the future, there is plenty of space to call your own for an hour, a day, a weekend, or maybe a week or more?

“We’re Number One!” Sherman said. “Now we have the independent proof to support that claim.”