Theatre cafe finally gets a name 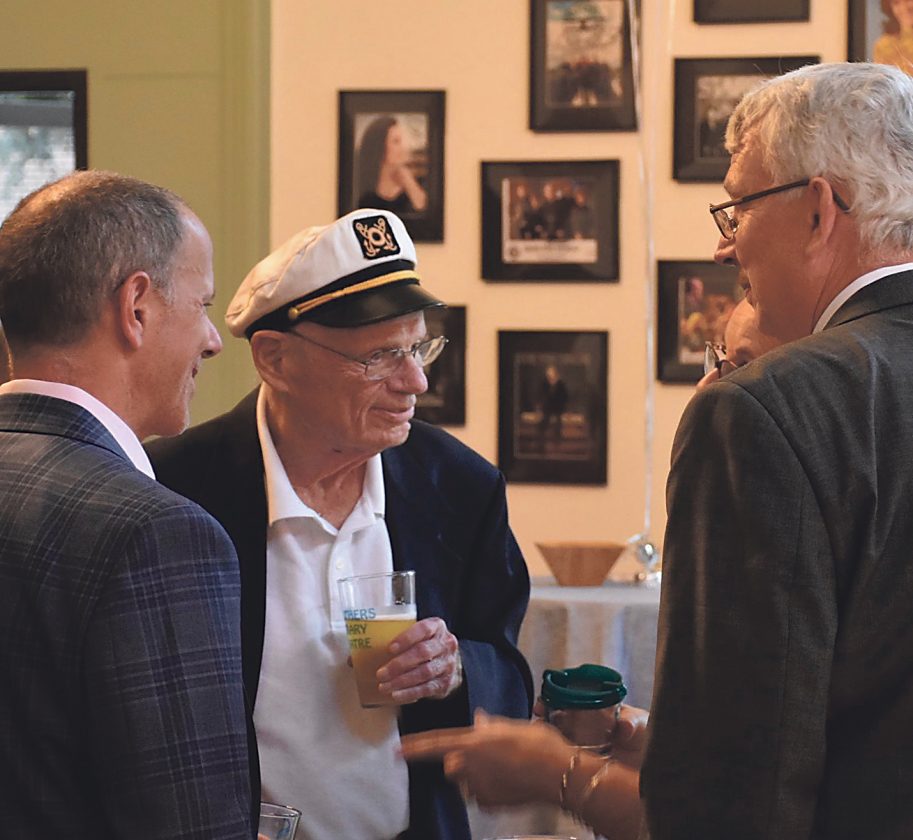 She is part of the history of the theater.

Now, her name is part of the theater.

The new cafe in the building’s southeast corner had gone more than a year without a name. Now, it is Sally’s Encore.

The inside of the space honors the history of the theater.

On display are old posters from some of the biggest shows and signs that date way back.

And, for those who knew her, the name calls up more history.

Sally was a theater trustee for a long time. And she had big ideas — not just for the theater, but anything that would make Warren County and particularly its art scene a better place.

She passed her passion for the arts on to her children.

“Mom loved to focus on ideas that enhanced the quality of life here in Warren County,” her son, Andy, said at the dedication ceremony for the cafe. “The Struthers Library Theatre was one of her passions. She supported the Broadway Musical program for many years.”

Her passion for the arts wasn’t the only thing she passed to her children. She passed along her position on the theater’s board. About 16 years ago, she asked Andy to take her place as a trustee.

He and the other board members set to work making sure the future of the theater would be bright.

“We planted a lot of seeds back 15 years ago,” Sokolski said. “The community is really invested in it.”

The idea was more than bringing back the glory days, he said, it was creating new glory.

“The board of directors got together and adopted that mantra,” he said. “A lot of great people stepped up.”

ARTE — the Allegheny Regional Theater Experience — brought young people into the theater and into the performing arts. “We were planting the seeds for the next generation of theater-lovers and -goers,” he said. “That generational hand-off started with my mom.”

The goal wasn’t just to bring young people into the performance side of the theater.

Leaders have been working to “increase the diversity of the audience,” Sokolski said.

The cafe is part of that.

The theater experience “becomes more eventful” with the addition of a cafe — a meeting spot for people to come together before and after a performance, Executive Director Wendy McCain said. “They want the whole package, not just see a show and then you leave.”

“This is the entryway to the theater,” she said. “It’s visible from downtown.”

In the past year, the theater had performances on 62 days with almost 12,500 people enjoying those shows.

“There might be 62 events, but there are another 150 when this place is humming with activity,” Sokolski said. “You have all of these evenings of rehearsals and teaching.”

“A theater is meant to have activity,” McCain said.

And they hope that activity will continue to spread.

Sokolski pointed down Liberty Street and said, “The right kinds of things are coming together” with the theater at one end and new development including Allegheny Outfitters, Bent Run Brewing, and the Goat Fort at the other.

“It’s about thinking of the broader community,” he Sokolski said. “We want to make Warren a great place to live so you’ll want to work here and you’ll definitely want to put roots down.”

In addition to ensuring that there would be people interested in the theater, the board also made sure the theater itself would be able to survive.

“Just because we’re a non-profit doesn’t mean we don’t have to embrace sound business principles,” Sokolski, who is no longer a trustee, said. “This place runs in the black.”

As the theater enters a new phase of its existence, with a more diverse crowd enjoying time in the building before and after shows, the Sokolski family was honored to be able to place Sally’s name on the cafe.

Beyond the cafe that bears her name, it is that excitement and passion surrounding the theater that is Sally’s Encore.