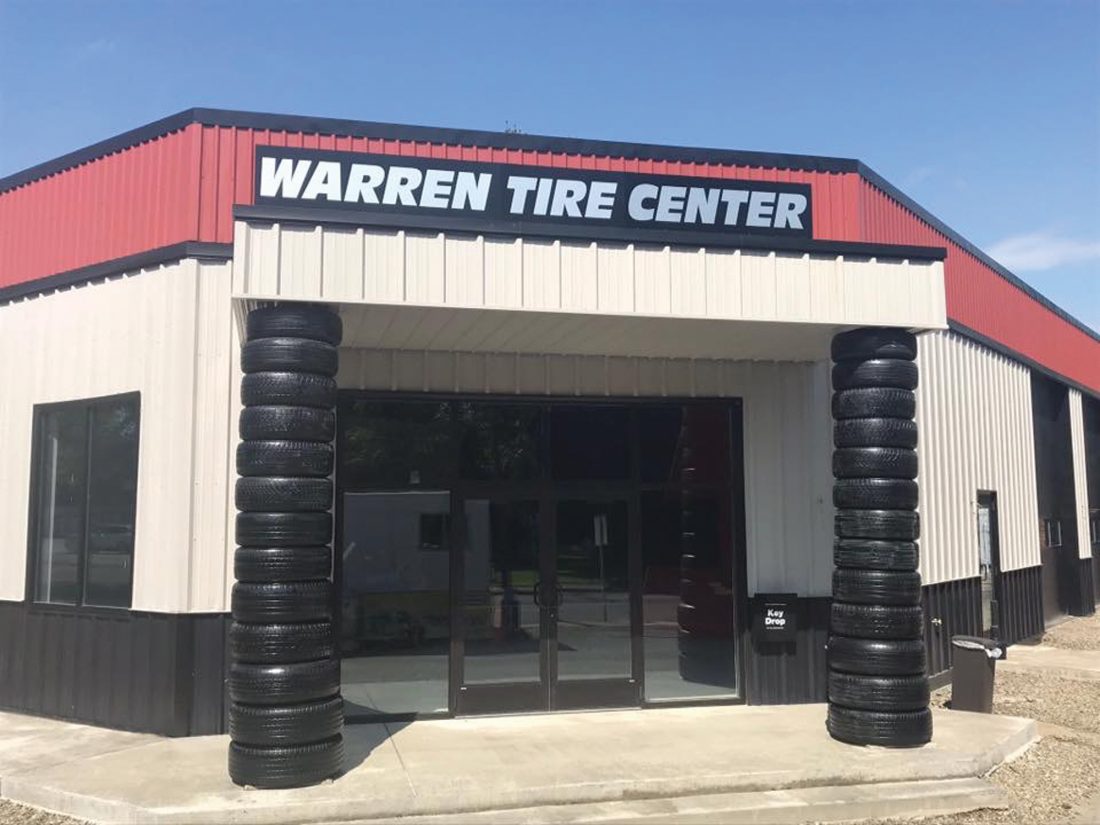 Warren Tire Center burned to the ground early that morning.

It has been rebuilt.

“I never gave a thought to not rebuilding,” Owner Corky Fry said. “I’m 63. I’ve got a lot of gas left in the tank. It was not a tough decision.”

The staff was a loyal bunch and making sure they had their jobs was a high priority.

“We have four employees that have been with us 20 years or longer,” Fry said.

Keeping them, and all but one of the entire staff, around was possible in part due to business interruption insurance that allowed for paying the staff and continuing to provide their benefits.

“We paid into it for about 33 years without using it,” he said. “Boy, am I glad we had it. It allowed us to keep everybody together.”

So, they got to work on demolition. “The planning stage started from there,” Fry said.

Two months after the fire, the business was open again, though operating largely from what Fry described as “the circus tent” at 1701 Pennsylvania Ave. E. in Warren.

“We were open on a limited basis on Aug. 13,” he said. “We were working out of a tent — I call it the circus tent. We had a building that we had rented that had a lift in it, but all of our tire work, we did at this location.”

The old floor-plan was not going to work.

The old center reflected three separate constructions over 85 years and a new building with the same footprint would not meet zoning setback requirements.

“Our building was three buildings put together,” Fry said. “It was not the most efficient.”

He had an opportunity to rebuild with a better floor plan, so he went out and looked at the buildings of successful businesses he has worked with over the years.

“We absorbed some pretty good ideas,” he said. “One of the suppliers that we buy from, they have 19 retail stores.”

Using ideas from businesses like that, the plan for the new Warren Tire Center came together.

The new building was completed on June 20.

“We’re a little smaller now,” Fry said. “The space that we’re utilizing is more efficient than the space we were using before.”

“I’m thrilled with it,” Fry said. “We see it now. We’re much more efficient from the time the customer comes through the door to the time we hand their keys back.”