It’s Jane Hultquist’s party and she’ll eat her favorite pie if she wants to.

The residents and staff at Golden LivingCenter Kinzua came together Thursday to celebrate Hultquist’s 100th birthday.

Cake was had by all, but Hultquist had her favorite pie banana cream from The Plaza.

Hultquist grew up in Warren, married, and then raised a family, living for periods of her life in California and Florida. Cooking and gardening have been some of Hultquist’s passions. She also loved to swim and has always been active.

She was born into a world gripped in the midst of the Great War ravaging in Europe and the Middle East while America grappled with how, or if, to be involved.

Actors Gregory Peck, Jackie Gleason and Betty Grable were also born in 1916, as was famed television journalist Walter Cronkite, making them all high school graduates in or about the Class of 1934.

She has lived through the terms of 17 presidents Woodrow Wilson was in office when she was born in 1916.

The Wright Brothers soared for the first time just 13 years earlier while the Ford Model T hit the market just five years after that.

Norman Rockwell’s first cover in the Saturday Evening Post was published when she was two months old.

The Boy Scouts of America were incorporated a month later followed by Wilson’s re-election in November, running on the campaign slogan “he kept us out of war.”

Warren General Hospital Born A BOY, on May 20, 2020, to Allison Mead and Charlie Lewis, Warren.

Warren General Hospital Born A GIRL, on May 11, 2020, to Codi Smith and Kaisey Sweet, Warren 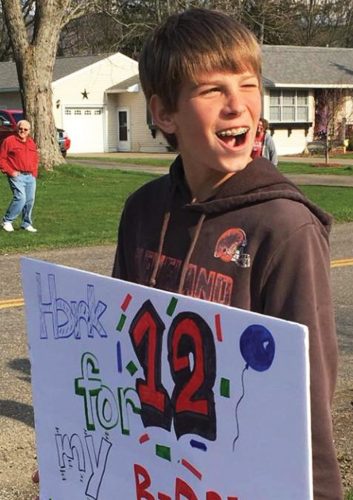