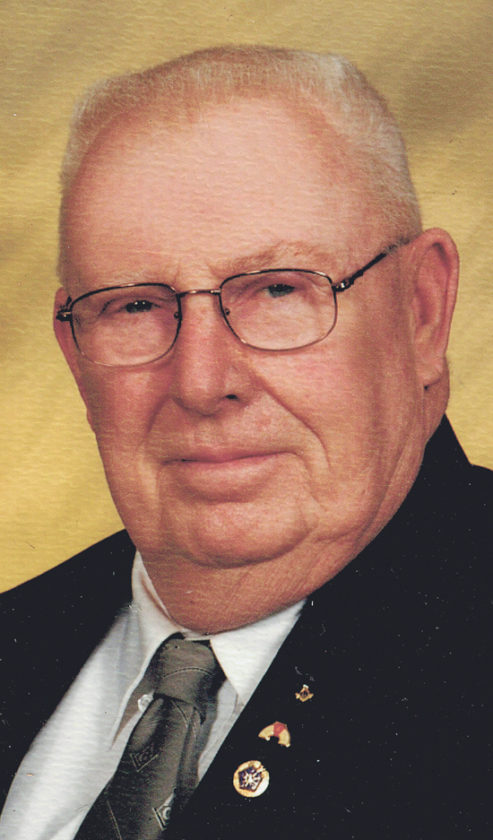 Gerald W. “Jerry” Dorrion, 77, of Tiona, PA., died Friday morning, February 10, 2017 at his residence after an illness since September 2016. He was born July 31, 1939 in Warren, PA. Jerry was the son of Gerald Floyd and Marjorie Snow Dorrion. He was a Warren area resident his entire life and a 1957 graduate of Warren High School. He was employed as a machinest with the former National Forge Company for 30 years and owned and operated Modern Floor Service for 30+ years. He was a member and trustee at the Tiona United Methodist Church, member of Stillwater Masonic Lodge #547, Coudersport Consistory, NCCT Camping Group, Gold Wing Motorcycle Chapter Q and Kinzua Antique Car Club. He served as president of the Tassel Club.

He was an avid hunter and in younger years, enjoyed trout fishing. He loved to travel and spending time with family while camping.

In addition to his parents, he was preceded in death by his 1st wife, Lynda L. Winderl Dorrion on October 24, 2008 whom he married June 5, 1959 in Frewsburg, N.Y., 1 infant son, Gerald Robert “Little Jerry” Dorrion.

A funeral and committal service will be conducted at the funeral home on Wednesday, February 15, 2017 at 11:00 A.M. with Rev. Martin Reynolds, Pastor, officiating. Interment will be in Sheffield Cemetery. Those wishing to place memorials may do so through Shriner’s Hospital for Children, 1645 W. 8th Street, Erie, PA., 16502 or Hospice of Warren County, 1 Main St., Warren, PA., 16365. Email condolences may be sent by visiting lewisfuneralhomeinc.com