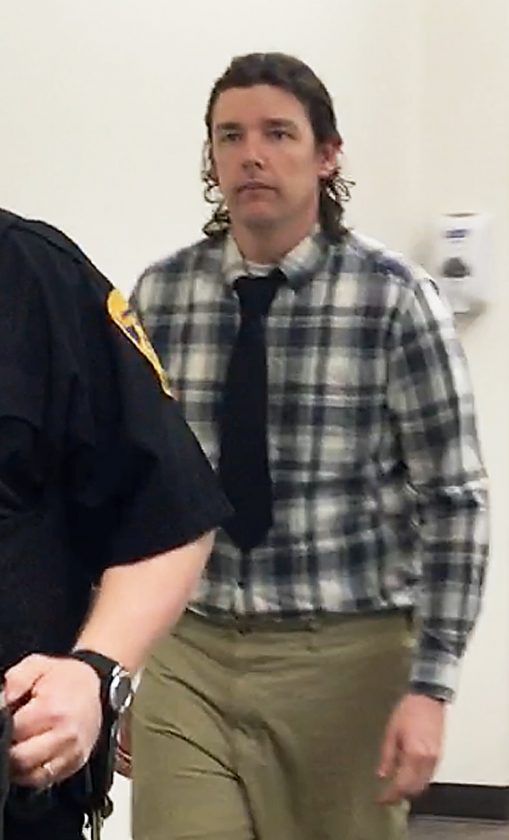 The Pennsylvania Superior Court has rejected a Warren man’s appeal of his life sentence.

Matthew B. White, 36, formerly of Chandlers Valley, currently incarcerated in State Correctional Institution — Greene — appealed his sentence of life in prison without the possibility of parole.

White is in prison for killing his wife, Jessica, in June 2017, by shooting her four times outside their home while their three children were inside.

In the appeal, White’s attorney, Rob Kinnear, presented three issues from the trial that entitled his client to relief.

Kinnear said the trial court committed a reversible error in playing for the jury an audio recording in which White asserted his right to remain silent.

A defendant has the right to remain silent and choosing to do so cannot be used against him in court.

The Superior Court ruled that the playing of the recording was permissible because White, while testifying at trial, said police had never asked him who shot his wife and said, “I would like to see the video” of police asking him about what happened and him saying he didn’t know.

On the stand, White claimed two masked men shot Jessica. Then he declined to state who he believed they were, complaining that police had never asked him before. “I would rather not state their names right now on the record… Why didn’t you come and ask me this before?”

“Appellant cannot be permitted to preclude the Commonwealth from placing before the same jury the fact that he refused to cooperate with said investigators and invoked his right to remain silent, declining to answer the potentially incriminating questions that he was now claiming they never asked him,” Judge James Colins wrote in the memorandum. “The playing of the audio recording was a fair response to Appellant’s claim that investigators never asked him about the shooting. We… find that, in the context the recording was presented, Appellant’s Fifth Amendment rights were not violated.”

Kinnear argued that the statements one of White’s children and related to the court by Pennsylvania State Police shortly after the murder should not have been admitted without giving White the opportunity to face his accuser.

However, the Superior Court found that those statements were non-testimonial and therefor did not require cross-examination.

“Upon consideration of the above factors, we find that the statements made… were nontestimonial,” the judges wrote. “The statements occurred during an ongoing emergency, were informal, and made at the scene of the emergency.”

The Superior Court did conclude that some hearsay evidence was inadmissible, but that its admission was “harmless.”

The prosecution presented a text message from Jessica White to her mother sent about a month before the murder.

The message, “It’s been decided. We are getting a divorce and I am pretty sure it’s going to be messy,” was used to show motive.

“We find the statement was hearsay and not admissible under the state of mind exception, as ‘I think it’s going to be messy’ is a statement of belief being offered to prove the fact believed.”

The judges ruled that other evidence covered that issued.

“Appellant is not entitled to relief,” the judges wrote. “Judgment of sentence affirmed.”