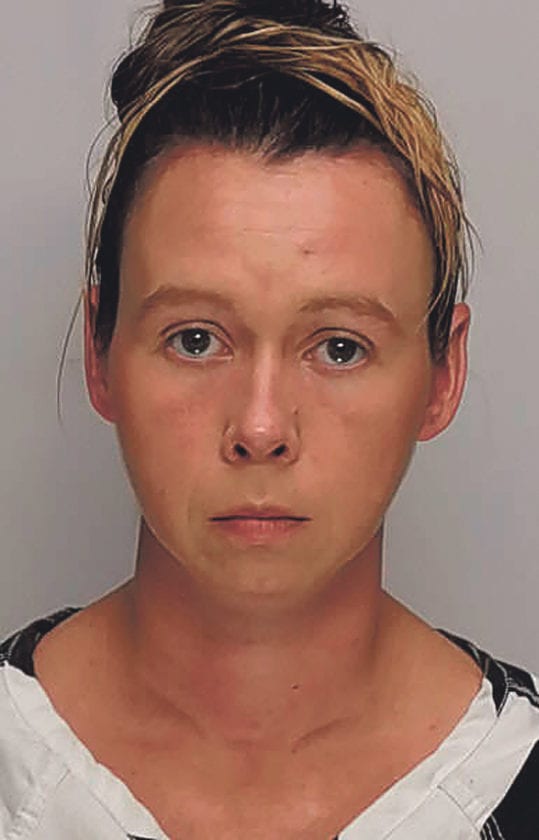 A Tidioute woman will spend over five years in state prison for swapping out morphine prescribed to a terminally-ill cancer patient – swapping it with Gatorade – and taking medications over 100 times while working in a Warren nursing home.

Her attorney, Chief Public Defender John Parroccini, said that this is “clearly an example” of how addiction affects individuals and the community.

He said that Gentz takes responsibility for her conduct and acknowledges that her addiction issues were “so severe (she) landed here.”

District Attorney Rob Greene agreed with Parroccini that the conduct is connected to addiction but said that in this case, it affected a “91-year-old cancer patient.”

He commended the nursing home staff for coming forward and reporting Gentz’ conduct when it was initially recovered.

“The victim suffered for weeks because of Kellie Gentz,” he said, noting that she “basically tortured (her), your honor.”

Greene then walked through the conduct outlined in the affidavit.

Investigators charged Gentz in September 2018 and stated in the criminal complaint that Gentz “took… Morphine liquid pain medication and Fentanyl from a medication bottle prescribed to a cancer patient.” They indicate Gentz then took the morphine and “replaced the liquid with similar in color Gatorade to create a fraudulent inventory” before returning it to her medication cart.

Gentz then “administered liquid Gatorade as if (it) was morphine to a terminally ill cancer patient,” the affidavit states.

Gentz worked as an LPN at Kinzua Healthcare & Rehabilitation Center in Warren.

According to the affidavit, two empty bottles of morphine were discovered that were prescribed to a female patient suffering from laryngeal cancer.

The patient had been at the facility for approximately one week before she was ultimately transferred to UPMC Hamot “in the attempt to regulate and manage her pain,” investigators state in the affidavit.

The nursing director reported that the patient returned to the facility on January 5 and her “pain began to increase again” and her dosages were subsequently increased.

The investigator wrote that they asked Gentz if she “knowingly” gave diluted Roxanol to the patient and “she stated yes” but was unable to remember how many times.

In late July, the investigator reported interviewing that patient’s daughter.

After returning to the facility following her hospitalization, the daughter told investigators that her mother “was crying because the pain was so severe” and reported that “a hospice nurse told her she couldn’t be in pain because of the dosage they gave her.”

The daughter reported that she took her mother out of Kinzua on January 26 and that she died the next day.

Greene said Gentz “knew” the patient was suffering while her daughter “begged and pleaded” for help.

He said that he “can’t attribute the actions directly” to the victim’s death but said that the result was “the last month was nothing but pain.”

“The actions of Ms. Gentz go beyond an addict,” he continued, alleged that it showed “complete disregard for someone.

Gentz emotionally addressed the court and said there is “no way I could possibly explain” how sorry she is. “(I’m) mainly sorry I caused pain and discomfort to a truly amazing person.”

She acknowledged she served in a position where she was entrusted to provide care and said she has had addiction issued for 17 years and “wish every day I could change what I’ve done.”

She noted she went to rehab after her termination but said she is by “no means using addiction as (an) excuse” and said there is “not a day goes by” where she doesn’t feel remorse, shame and guilt.

President Judge Maureen Skerda asked about the status of Gentz’ nursing license and Gentz said it has been revoked.

Skerda noted a statement from the nursing home and said that the statement addressed the level of trust that Gentz violated as well as distrust they perceive “in the community because of your actions.”

Skerda reviewed the self-help meetings she has attended while in jail and classes completed and said the “court has very carefully reviewed what Attorney Greene addressed.”

She said the investigation conducted by the Attorney General’s office and told Gentz that they “could have charged you several times over,” noting this is not a case where standard range sentences would be appropriate.

Skerda said this is “not a case that is simply addiction” but is “a case of cruelty” that “defies reason in the court’s mind.”

She then issued sentences in the aggravated range to five of the six charges.

A count of possession of controlled substance by misrepresentation was aggravated because, according to Skerda, Gentz “destroyed inventory” to “cover your tracks, more or less.” The sentence at that charge includes 48-84 months incarceration in state prison, $95.96 in restitution to the nursing home for the cost of the medications taken, $3,475 in fines and fees, a six-month license suspension and submission of a DNA sample. She is boot camp and recidivism risk reduction incentive eligible and was given priority for drug and alcohol programming in the state prison system.

Possession of a controlled substance was aggravated, Skerda said, because of the number of times medication was taken and the sentence at that charge includes four to 12 months in state prison.

The charge of neglect of care-dependent person was aggravated due to the “extreme pain caused to the victim,” Skerda said, and the “lack of response to pain in your role.” She also said the sentence was aggravated due to deception which caused other nurses to administer medicine that had been tampered with, the same reason that a simple assault charge was placed in the aggravated range.

A count of recklessly endangering another person was sentenced in the aggravated range because of the transfer and sedation the cancer patient experienced “based on your deception.” The sentence at that charge was four to eight months incarceration.

Coupled with a two-year state probation sentence on a count of theft by unlawful taking, the aggregate total sentence is 66 months to 136 months in state prison.