25 percent rise in PA cases; no positives reported in county

Cases of COVID-19 across the Commonwealth jumped by nearly 25 percent on Tuesday.

That’s according to the Pa. Department of Health’s daily update, which indicates there are 207 new cases that brings the state-wide total to 851 positive tests in 40 counties.

Seven individuals have also died as a result of the virus. A total of 8,643 tests have come back negative.

“Unfortunately we expect to see these numbers increase each day which underscores the need for each of us to stay home,” Health Secretary Dr. Rachel Levine said, acknowledging that this is an “uncertain time.”

She outlined a couple of things that people can do during this period – specifically highlighting blood donations “as we prepare for a surge in hospitalizations” as well as donations to food banks.

“The most important thing for Pennsylvanians to do is to stay home.”

Levine said they are seeing the “same increase seen throughout the country that we’re seeing in Pennsylvania” and “still seeing that exponential rate increase. As long as we’re seeing that, the virus is spreading in many communities… and it remains a public health crisis.”

She indicated that there has been positive tests in a nursing home but did not reveal the location or identity of the facility.

While much of rural Pennsylvania has yet to be directly hit with cases, “we do expect to see the spread of COVID-19… throughout Pennsylvania,” Levine cautioned. She did note that they don’t expect to see a similar volume of cases because of population and population density issues.

That could mean an expansion of the stay-at-home order he implemented yesterday for seven counties.

“If necessary,” Levine said, “the governor will take all precautions to prevent the spread of COVID-10,” noting that the stay-at-home issue is reevaluated every day.

She was specifically asked about comments made by President Trump about the importance of getting people back to work soon and getting the economy restarted.

Would the state pull back on its mitigation efforts if Trump insisted?

“From a public health perspective, we would not pull back at this time,” she said. “It is far too early to change those prevention and mitigation orders.”

She declined to speculate how long those mitigation efforts may be needed, indicating she is “going to take this day-by-day and week-by-week.”

There is one case each in each of the following counties: Armstrong, Bradford, Cambria, Carbon, Clearfield, Columbia, Juniata, Potter and Somerset. 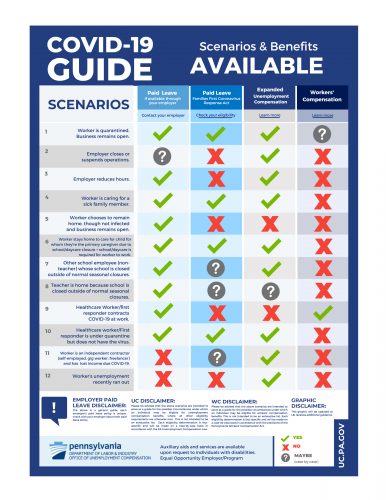 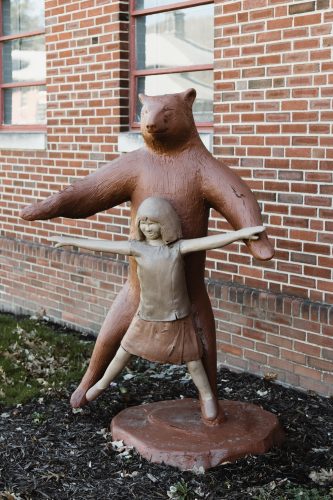 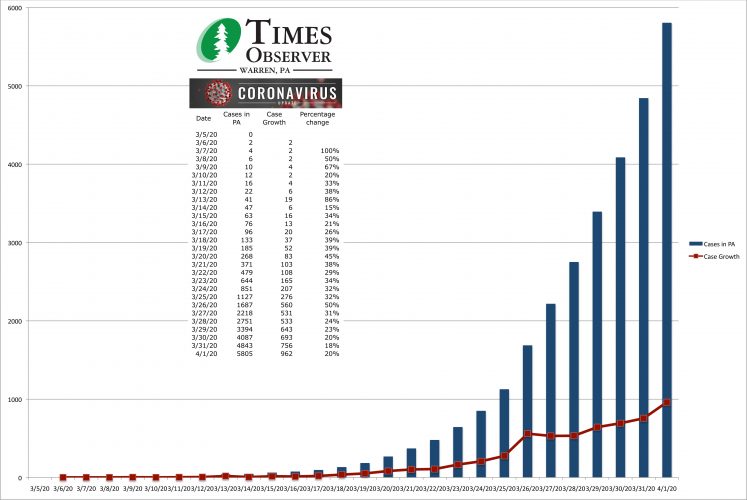