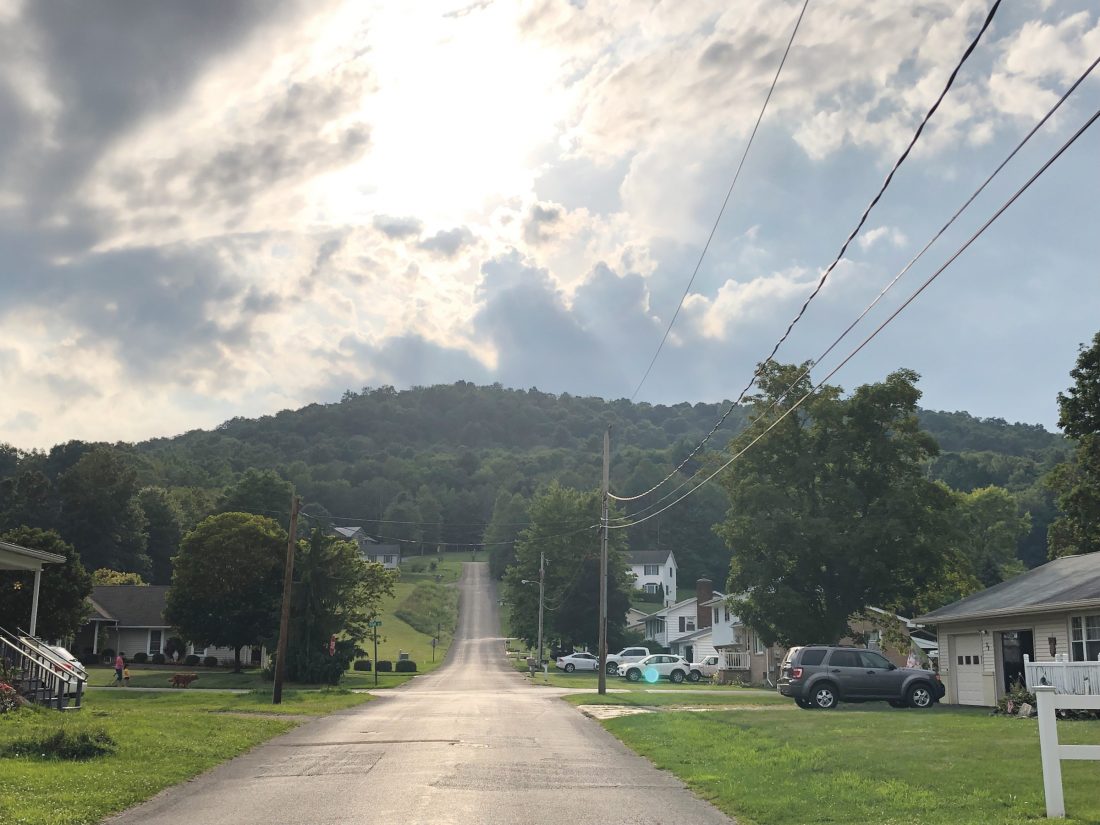 You might want to grab a pair of rain boots the next time you go through Youngsville after a rainstorm.

Amanda Frederick, Resource Conservationist for the Warren County Conservation District, came to Youngsville Borough Wednesday, August 14, to talk about what a watershed is and some ways to prevent the heavy floods that affect the borough following rainstorms. Dan Glotz, Planning and Zoning Department Head, Warren County, was also at the meeting to speak with concerned Youngsville residents and generate ideas for a solution.

Watersheds are an interconnected network of flowing water flowing to different rivers, basins and seas. Watersheds can be as small as a footprint or cover large portions of land. Changes to any portion of the watershed system carries throughout the entirety of it.

There are nine watersheds that flow through Pennsylvania, five of which flow through Warren County. Subsequently Pa. has the most stream miles in the continental United States, 86,000 miles in total.

Matthew’s Run and Brokenstraw are the two watersheds that run through Youngsville. The problem with these and other surrounding watersheds arises when stormwater comes down.

Stormwater runoff is precipitation that falls on a natural landscape and flows through a system of vegetation, soil, groundwater, surface waterways and other elements. Water tends to flow from a high to a lower point.

“You can’t stop water,” said Frederick. “What’s up there has to come down and make it into the stream.”

The actions that stormwater takes when it comes in contact with the earth can cause water erosion to the land. Over time, as stormwater flows over the same paths repeatedly, it can create a rill, or a small stream, within the ground.

The problem that seems to be present in Youngsville is hypothesized to be caused by constant development. When a store, home or building is constructed, it creates a more impervious surface, leaving the water with nowhere to go. When you harvest timber, you change the way that water flows when it hits the ground.

Residents that were present at Wednesday night’s meeting mainly complained of 7th Street, 8th Street, and McGraw. Two residents reported that water can get so high it begins to come in through their windows.

“The whole hillside just drains down [from Brokenstraw,]” said one of the residents.

The guess was logging had changed the way the water moves down the hill.

This year alone, Youngsville has been hit three times with four or more inches of rain.

When the pipe and stormwater system was put into place in Youngsville, there was a lot less development, there were more pervious ground for the water to inhabit. The original plan was for the “100 year flood zone,” a flood once every 100 years. Youngsville seems to be flooding three or more times over the recent years. PennDot only installs pipes for the quantity of two inches of rain, not the “normal” four inches that the borough has been receiving this year.

“The pipes are not wide enough to handle [the rain.] “The ground can’t handle it [either,]“” said Glotz.

Best Management Practices (BMPs) were discussed as some solutions that can be used. These included: putting a rain garden in your lawn; putting u-shaped cut-outs in the side of the road to give water somewhere to go and slow it down; u-shaped infiltration trenches with rocks; water bars; building swales with and without vegetation; sediment barriers; rip rap channels; top-of-slope berms; and low impact development.

The borough has already consulted with an engineer on solutions that can be done. The engineer came and walked the problem areas and made suggestions.

The plan moving forward is to consult with Brokenstraw Supervisors and property owners atop the hill that seems to create the worst of the flooding.

“You’ve got a lot of ingredients in the recipe you guys are dealing with, a lot of variables,” said Frederick.

“We have to try and start at the source,” said Glotz.