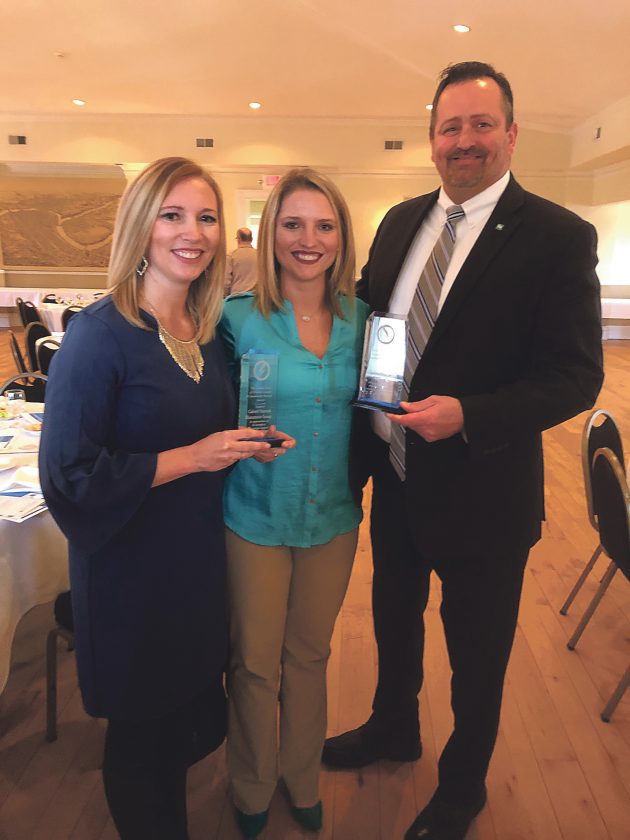 The United Fund of Warren County thanked those who helped reach the most recent campaign goal with a meal and some awards last week.

An appreciation luncheon was held in recognition of the successful completion of the 94th campaign. The campaign goal was $675,000. That amount was exceeded by $2,000 to provide for Warren County organizations.

During the luncheon, several individuals spoke about the ways that campaign funds have impacted their lives.

Carter O’Donnell from Boy Scouts spoke and showed pictures of his time scouting. He has been an active Boy Scout since kindergarten. He’s encouraged others to get involved in the organization and remain active as long as he has.

Carrie Pearson, a teacher from St. Joseph’s School, spoke on behalf of 4-H and its robotics program. Carrie used the robotics program in her classroom to provide a fun, hands-on learning environment.

Miranda Irons told the group how much the Jefferson DeFrees Family Center services and the facility has provided for her family so she could return to work and feel confident that her children were being well taken care of. Her son, Daxter, was involved in the Dolly Parton Imagination Library and received free books monthly to read at home with his family. Daxter has aged out of the program, but his younger sister is still enrolled and he enjoys reading books with her.

United Fund Executive Director Lacey Hanson presented three awards during the luncheon. The Service Appreciation Award was given to Lisa To, executive director of Hospice of Warren County. To served as campaign co-chair for two successful campaigns. A Community Partner Award was presented to Northwest Savings Bank for continued involvement in the campaign and commitment to future campaigns. A second Community Partner Award was presented to Calvert-Pearson Insurance for its involvement in the campaign.