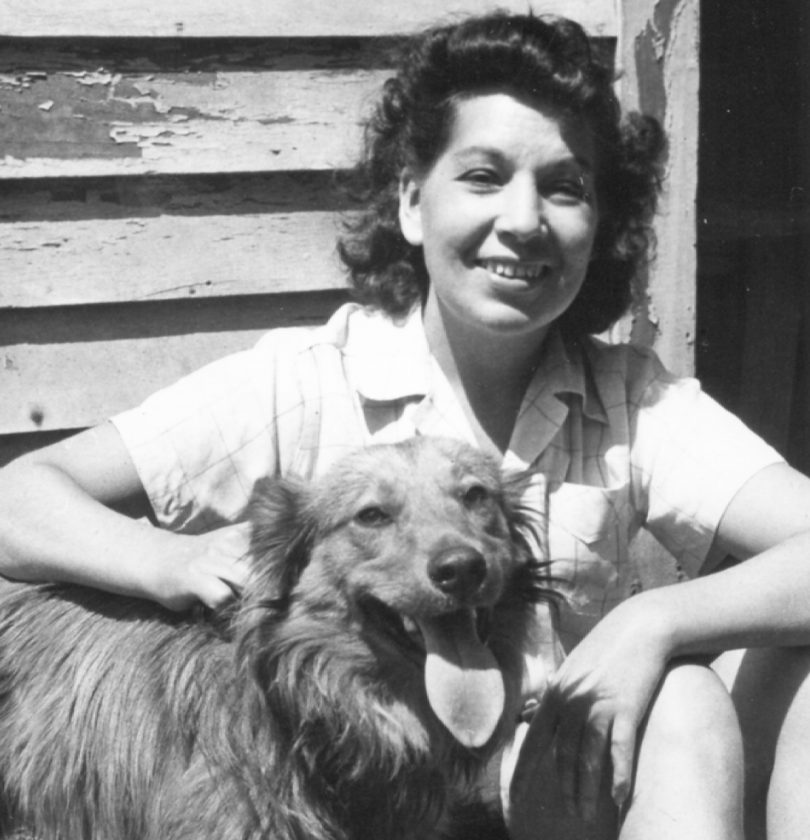 Photo submitted to the Times Observer Katherine Pesko celebrated her 106th birthday on Wednesday, March 27. Katherine is pictured here in the 1950s.

Photo submitted to the Times Observer Katherine Pesko, right, with her older sister Sophie in 1938.

Photo submitted to the Times Observer Katherine Pesko celebrated her 106th birthday on Wednesday, March 27. Katherine is pictured here in the 1950s.

Around the time of World War II

Katherine Ann Pesko has always had a zest for life and a great sense of humor, according to her niece, Shelly Laurie.

In her younger days, Pesko also loved sports cars, and she was known to have a bit of a lead foot when she drove them.

“Kay has always been a competitive, strong-willed, fun-loving lady,” Laurie said about her aunt. “In her 50’s, she was driving around in a fast, powerful Pontiac Grand Prix.”

Pesko celebrated her 106th birthday on Wednesday, March 27. Her health prohibited a personal interview, but having learned a bit about her, the natural question seemed: How has a woman who had a tendency to be a daredevil lived to be potentially the oldest resident of Warren County?

It may still occur in some households, but back in the day a lot of kids couldn’t leave the dinner table until they ate their vegetables. Katherine followed that rule throughout her life, according to Laurie. “She was a careful eater,” she said. “She always had two vegetables with her meals.” 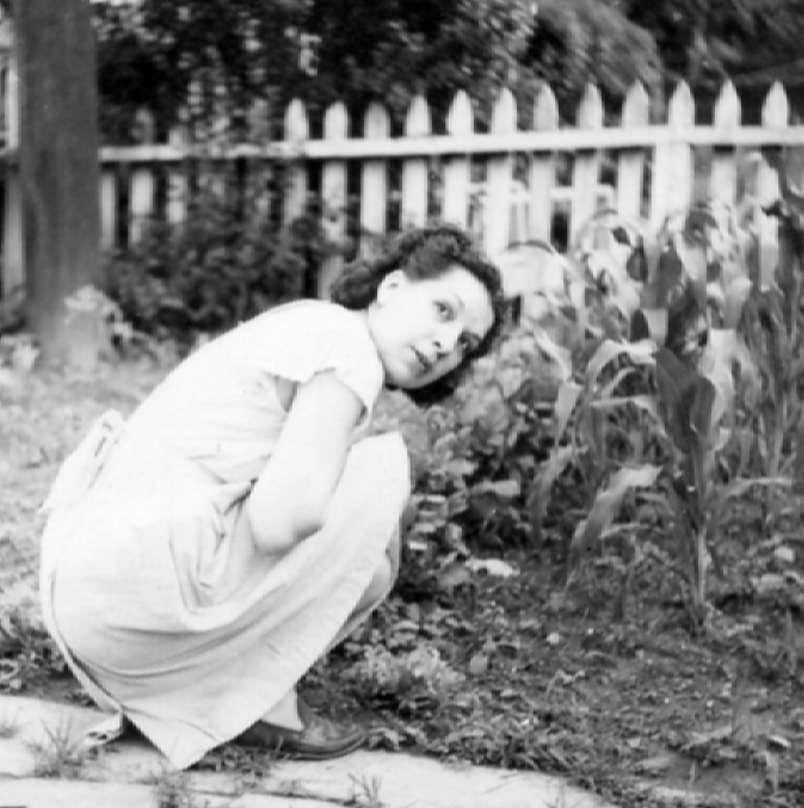 Around the time of World War II

Pesko lives in a local nursing home these days.

“Though time has taken its toll on her body, she still smiles, chats a bit occasionally, and enjoys a good laugh,” Laurie said. “As a woman of deep faith, she always gets tearful at prayer or the mention of the Lord.”

Laurie did some research in an attempt to find out if her aunt is indeed Warren’s oldest resident.

“In researching with the assistance of the Warren Library, we did learn that Kay is most likely the oldest resident in Warren County,” Laurie said. “They are doing research for the centennial of Women’s Suffrage, and the next oldest person was born in 1915.”

In honor of the recent birthday of a woman Laurie calls “a loving sister, aunt, and great aunt, as well as great-great-aunt to several people, both locally and as far away as the east and west coasts of the U.S.”, Laurie wrote down and shared some of her cherished memories of Aunt Kay. 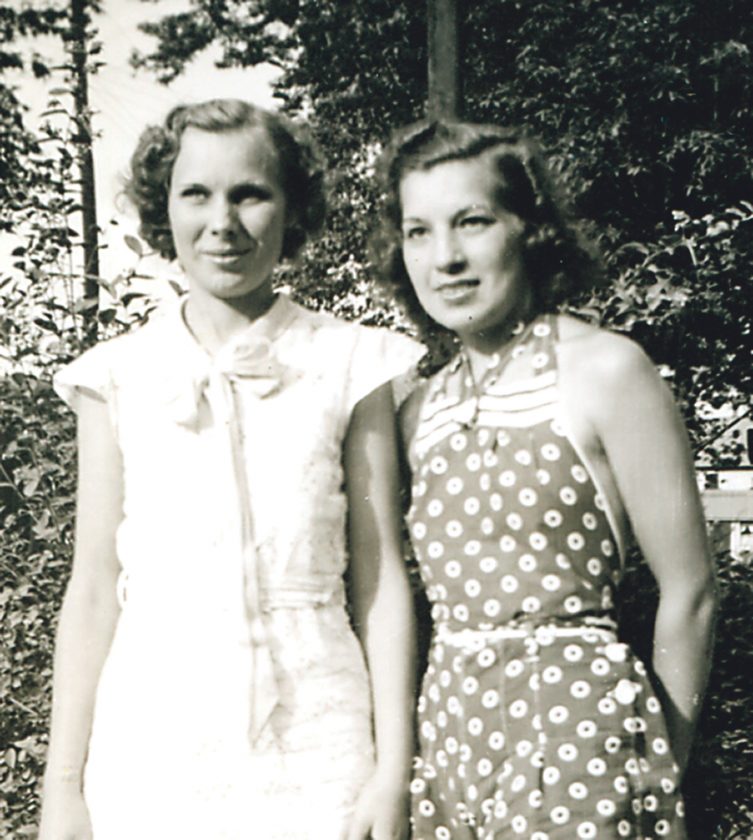 Photo submitted to the Times Observer Katherine Pesko, right, with her older sister Sophie in 1938.

The following was composed by Laurie:

“Have you ever wondered what it would be like to live 100 years? I don’t imagine many people have! But there is a dear lady in a local nursing home who is not just 100, but was 106 years old on March 27th.

“So what is it like to have lived six years beyond the century mark? Well, you would have been born about a year after the sinking of the Titanic. You would share the same birth year with late Presidents Gerald Ford and Richard Nixon, the late civil rights activist Rosa Parks, and actress Vivian Leigh, of Gone With the Wind fame. In that year Henry Ford invented his first moving assembly line to produce his Model T autos, and Europe was on the verge of WWI.

“Into this rapidly changing world, Katherine (nicknamed Kay) was born in St. Marys, Pa. to John and Anna Pesko, she from southeast Poland (Rzesnow), and he from the Galicia region of the former Austria-Prussian empire, now perhaps Belo-Russia.

“One of Kay’s earliest memories is arriving in Warren as a three-year-old at the former West End train station, along with her parents and older sister, Sophie. She recalls that it was very cold that day, and a kind Italian lady took them in and fed them hot soup. 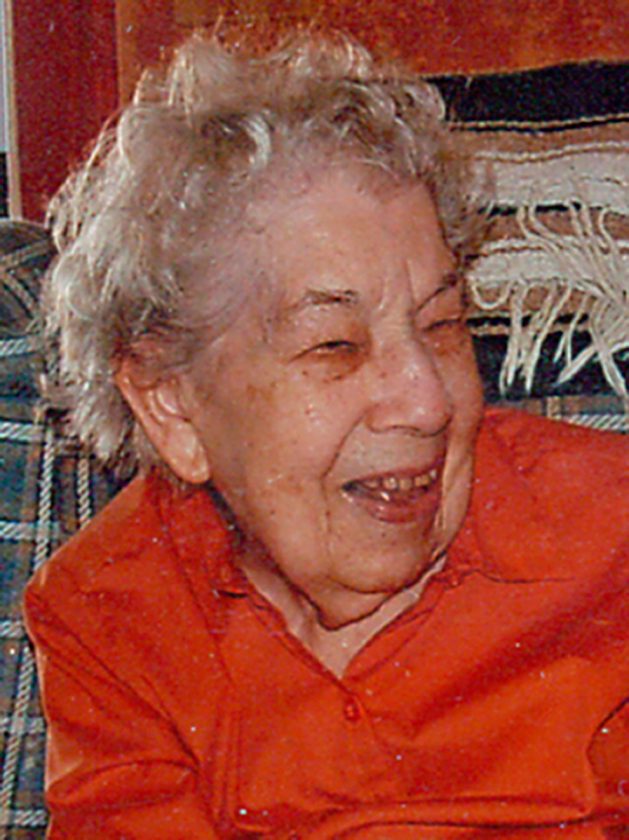 “They later moved to an apartment on Warren’s east side, across from the former tannery, where John found employment. From there they were able to buy their family home, in a largely immigrant neighborhood along Glade Run. Here Kay and her seven siblings happily grew up among Polish, German, Swiss and Swedish families. They ran and played on the hills behind their home, climbing trees, exploring, hiking and picking wild berries in season.

“Their dad worked at various trades throughout the area, and on many weekends he enjoyed playing his violin and accordion at the weddings and parties of friends in the area. Mother Anna raised her family and was a wonderful cook and gardener. Kay remembers her beautiful red dahlia beds along the then low banks of Glade Run( before the flood control walls of the early 1960s).

“Early 20th century Warren was a much different place. Kay recalls parts of Pennsylvania Avenue were still built of dirt, with horses and wagons, or buggies and a few early autos being the modes of transportation. She also remembers the trolley running through Warren as well as a Rag and Scrap man, with his horse and wagon, who regularly came through the neighborhood, buying and selling his wares. One must remember that there were not always paper products for household use, so rags were valued.

“Kay attended elementary school at the old Glade Run school at the intersection of Park St. and Locust St. There were so many children attending that it needed to be a two-story building. According to the 1900 to 1910 census, the largest growth in Warren’s population was that decade, something like an 80 percent growth rate.

“From there Kay went to Lacy School, then Beaty, and on to the old Warren High School, at the corner of Second Ave. and Market St. No buses for Kay and her siblings. They walked to the high school in those days, no matter the weather. 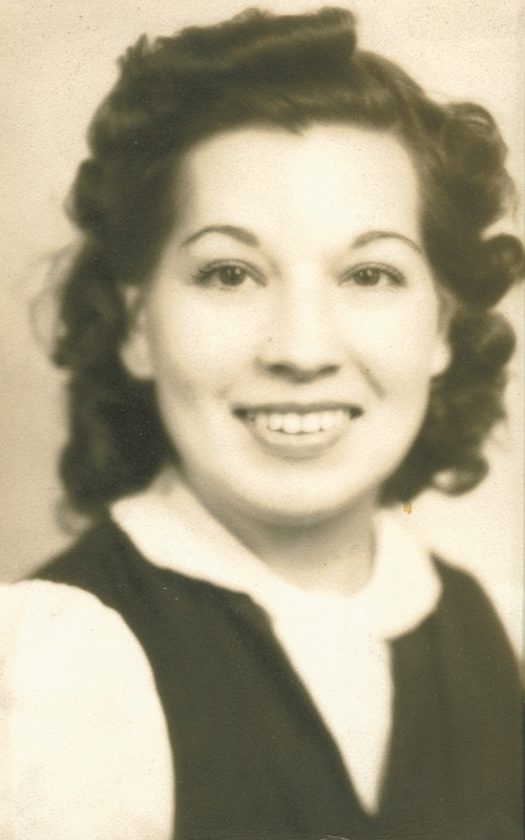 “Kay and her siblings were encouraged to work hard in school and learn the language of their new nation, and even help teach their parents English. They only spoke their native language at home. All of the siblings were good students and learned their subjects well. They all became good communicators.

“There are two other clear childhood memories of Kay’s, one a bit sad and one happier: First, Kay does recall a time when some ignorant people actually burned a cross on the hill behind her neighborhood, and it was a fearful time for that community. The other memory is of a very icy winter day when none of her family was willing to venture out the several blocks to the original Holy Redeemer Church. Kay alone, as a young teen, decided she was going by herself. A few blocks from the church she fell hard, said she ‘saw stars!’ After a bit, she got up, continued on her way to church. She commented that there was hardly anyone there that day, but it was still one of the best services ever!

“In her mid-teens, Kay worked as a “mother’s helper” for another Polish family. In those days people generally had large families and often gave birth at home. It was not unusual for an older daughter from one family to go spend time with the family in need, helping with cooking, cleaning, and childcare. Later, Kay says she wondered how she was able to manage all of that at such a young age.

“After high school, Kay worked at the New Process Company (now Blair) for a little while. But, this being toward the end of the Great Depression, and Kay being ever the adventurer, she decided to move to New York City, along with one of her sisters and a friend. There, in the Brooklyn “high rises” they found work as maids and nannies for some of the wealthier folks. On her days off, Kay recalls walking through Central Park, going to the latest movies, buying the modern fashions, and attending Broadway Shows for a mere $5! She really felt she had “made it big” in the world!

“After a period of time in NYC, she and her sister (my mom) decided to get ‘real jobs”. So they moved across to NJ, got an apartment together, and got work there — Kay at Westinghouse Corporation, and her sister for a chemical company. This was now the WWII era, and work was easy to find, as so many men were away at war. Two of their four brothers were in the service. One brother, Johnny, was killed in the battle of Mount Casino in Italy, trying to break through Hitler’s line there. The other, being barely out of high school, was training with the Navy, and was able to stay stateside. Kay recalls this as being a period of great patriotism, where everyone was willing to sacrifice and be frugal, submit to rationing of food, household goods, and gasoline for the cause of freedom. 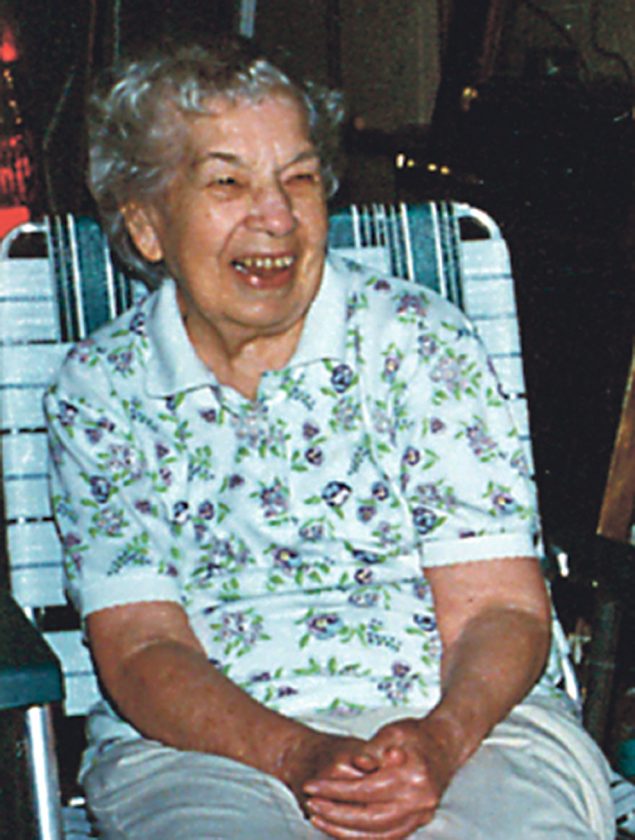 “A bit after the war, Kay obtained a position as a ‘test pressing’ technician at MGM Record Company in Bloomfield, NJ. She loved that job, as she had always had a love of music. It was a bonus for her family as well since she was allowed to bring home some of the ‘test records’ of anything from classical to polka to pop music. I remember having one of the first copies of Meet the Beatles! Cool stuff!

In the early 1970s, MGM Records went out of business, we suspect due to the advent of 8-track and cassette tapes. Kay found other factory work, and having always had a technical bent, she worked on wiring small electronic parts. She retired in the late 1970’s, and remained in NJ, to be near her now married sister and her family.

“Kay never married. She said she was always content to remain single. She kept herself busy, though, with her love of reading, learning, cooking new dishes, and gardening, and church attendance. Kay has always been an avid gardener, and in fact, when she knew it was time to leave her apartment and move into a nursing home at age 99, she asked to bring just two things: her radio, and her plant stand, which she kept filled with beautiful blooming geraniums year round.

“At the mere age of 90, Kay decided it was time to move back to her home town of Warren to be closer to more family who could help her out in her later years. Since 2012 she has been a resident of a local nursing home, which has taken good care of her (obviously) and, yes, gave her a place for her plants. She was blessed to get a bed next to the lovely courtyard, from which she still enjoys watching the birds, the weather, and any seasonal activity. She has often said, “ OH, It’s snowing! I hope it storms!“, or, “ Is it going to rain?! We need rain for the gardens! I really hope it storms with a lot of thunder!”

According to an internet search, the longest-lived person ever from the United States was Sarah Knauss, of Hollywood, Pa., who died on Dec. 30, 1999, aged 119 years, 97 days.