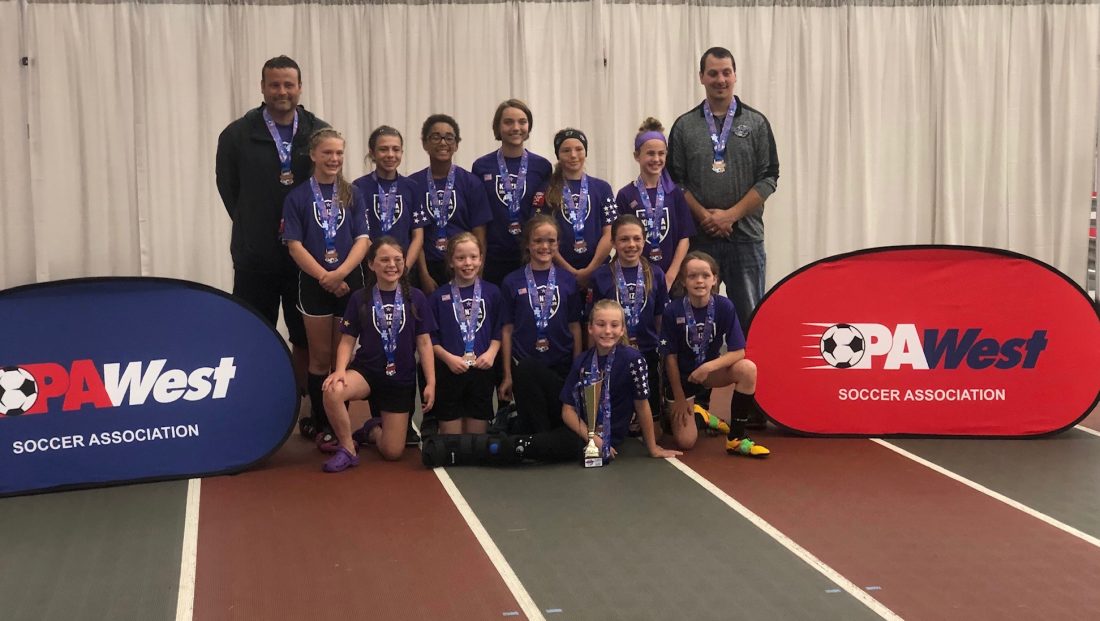 One of Kinzua’s teams, the U12 Kinzua girls travel soccer team, went undefeated on the regular season with a record of 9-0 in the newly joined Southern Tier Travel Soccer League associated with NY West US Soccer Association. Outscoring teams from the Southern Tier and Bradford areas by a margin of 6-1, the girls have become one of the dominant U12 female teams in the PA West and Upstate NY leagues.

The girls embody the Kinzua Soccer Club spirit. They are loud, they are proud, with the crown patch proudly displayed on their jerseys, they have become to be known as the Kinzua Queens.

Shortly after going undefeated on the regular season, the Kinzua Queens went on to compete in the PA West Open Tournament, which is one of the largest tournaments held in Western PA and has been running strong since 1987. This tournament takes place on the campus of Edinboro University with 50 beautiful acres of soccer fields.

The US Youth Soccer affiliated tournament offers a wide range of competition, from community-based travel teams to higher level competitive teams that play statewide from U10-U19. At this tournament, the Queens went on to win 4 more games against top travel teams from the Butler and Pittsburgh areas to clinch the championship and bring the 1st place trophy home to Warren.

“Last season ended in defeat in the semi-finals at Edinboro. There wasn’t a dry eye on that bench after that game. The girls were young for the U12 division, but they were at a crossroads. We gave them the option to continue to practice, play, and have fun or work harder than they have ever worked and be a competitive tournament team. They chose to work hard, so we pushed them hard, with the goal of winning the PA West open in 2019. In pursuit of this goal, the girls have become one of the closest bonded well developed skilled teams. They have a sisterhood, they play for each other. They are a great example that if you set a goal, and are willing to work hard for that goal, you can do anything you set your mind to. These girls are champions,” said coach Steinberg.