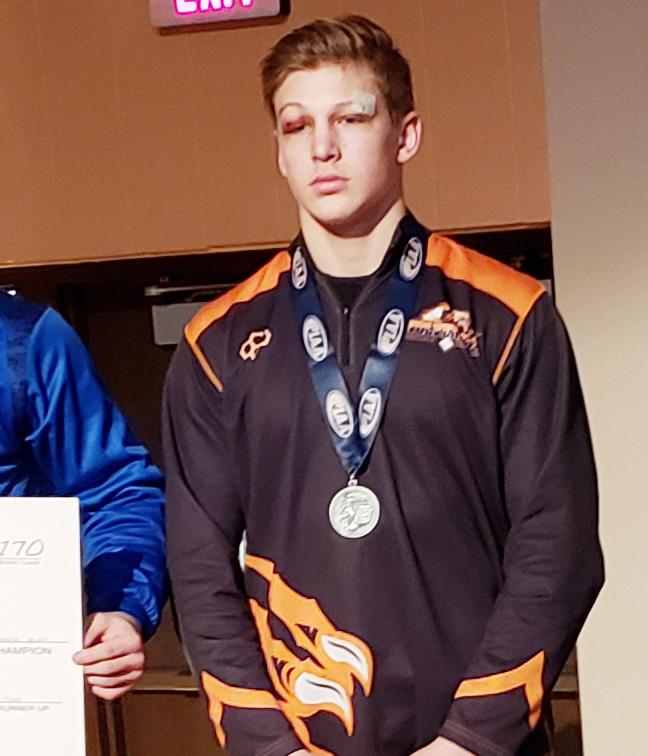 Sheffield sophomore Ethan Finch has been the toast of the town the last several weeks.

It’s all been a whirlwind.

Twice now he (along with teammate Nick Knowles) received a special welcome back into town by the fire department, and on Wednesday, a pep rally was held shortly before he left for Hershey.

It’s all been well-deserved, and he is looking to write one final chapter to his historic season, beginning today, when he will become the first Sheffield wrestler to compete at states since Ed Renninger in 2006.

Here’s a look at the 170-pound weight class.

This weight class is dominated by upperclassmen – 12 of the 20 wrestlers are seniors, which makes Finch’s accomplishments even more remarkable.

Brown is a decorated wrestler. He finished sixth in this weight class at states a year ago, secured his 100th career victory back in December and is committed to wrestle at Division I Clarion University. He is the No. 3 seed from the Southwest Region.

Anyone discounting Finch, however, can do so at their own peril.

He is coming in with a wave of momentum and sky-high confidence.

At the top of the bracket is unbeaten Chestnut Ridge senior Jared McGill (36-0), who was originally committed to Army but recently flipped to Pitt. He finished third at 160 last season. Per InterMat, he is the No. 7 ranked wrestler in the nation at 170.

A potential semifinal match-up could pit McGill against the opponent who beat Finch in the NW Region final, Brady Gentile. The Greenville senior is 40-3 on the season.

There’s a good chance that the winner of the Finch-Brown match-up will draw South East Region champion Carl Harris (23-2) of Littlestown in the quarterfinals. Harris, who finished 8th at 170 a year ago, will meet the winner of the preliminary round match-up between Muncy’s Ethan Gush (36-14) and Northern Bedford’s Austin Mowry (28-7).

Also on the bottom half of the bracket is Athens senior and North East region champion David Galasso (34-5).

Action gets underway with the preliminary round action at 9 a.m., followed by first-round matches, where Finch will compete. First-round consolations will be at 1:15 p.m., which will wrap up Day 1 in Class 2A.