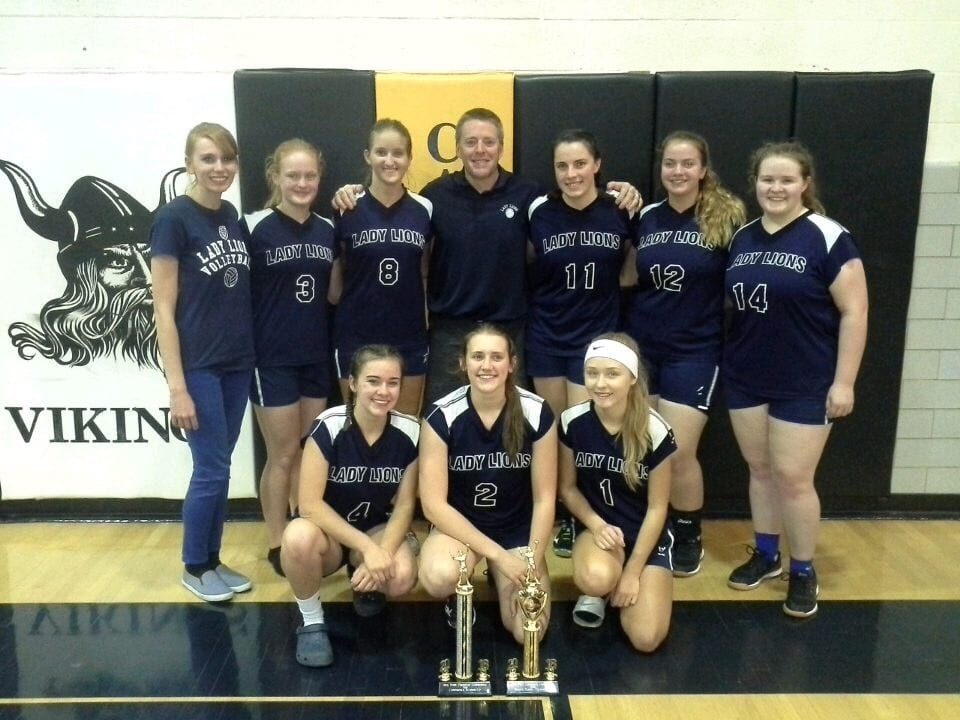 “It was an excellent team win,” said WCCS coach Mark Brenner. “We had excellent serving from Krystal Kinney and Kiara Baker. We also had many digs to keep balls alive and rallied during all three sets, being down as many as six points to come back for wins.”

Calvary, the only NPCC team to beat the Lady Lions this season, did so again in the finals.

“We had an excellent effort in the first set. High energy, had the lead for most of the set, gave up the lead late missing some key serves and bad serve receive passing and went to extra points,” noted Brenner. “We had excellent serving from Kiara Baker and kills by Emma Marino.”

“The second set was a huge energy let down from the first. We struggled to start a rally to climb back in the set. Bad passing was the main problem, not moving quickly to the ball to set up the pass,” noted Brenner.

“The third set was fairly close, but Calvary pulled away to win by five.

“We set out to try to keep Meadville’s attacking to a minimum by keeping them off balance with aggressive serving. It was a good strategy, but our own passing problems kept our attacking in check too. Meadville has a great team and did what they had to do to win. I am proud of the effort our girls put in this season. They were scrappy and gave Calvary an intense match.”

WCCS finishes the season with a record of 17-6.

Marino and Phelps were named to the NPCC All-Conference team.