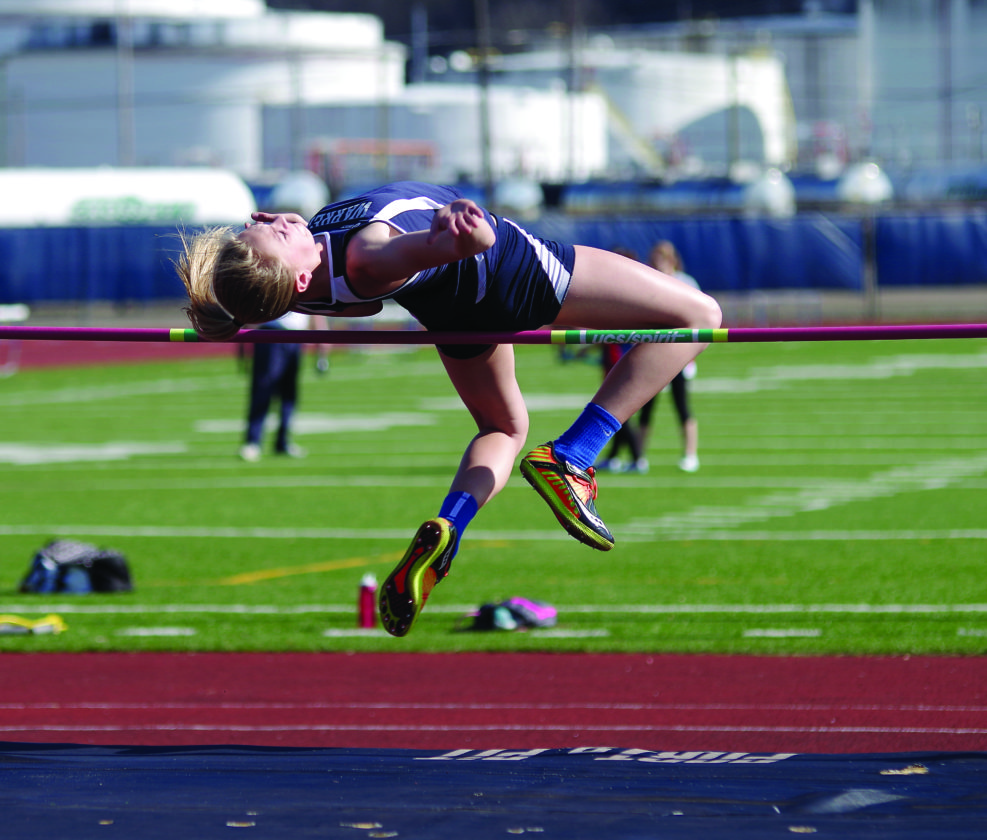 Talasky, Samuelson and Latimer all captured District 10 championships, while Hahn’s second place finish in the 3200 earned her a trip as a freshman.

Talasky, a junior will be making her second trip, while Latimer, a sophomore is going for the second time. Hahn qualified in her first attempt and it will be Samuelson’s first trip as a junior following a steady rise from a good hurdler to a district champion.

Here’s a brief break down of each competitors events and when they will be competing.

Coach Mike Logue called the 400 Talasky’s best event and it shows with her No. 6 seed. Simply put, she is a serious medal contender with a time of 57.92 at districts.

She will run in Heat 2 with Wilson at 2 p.m. today, with the winner in each heat (there are four heats) plus the next four fastest times advancing to Saturday’s finals at 1:50 p.m.

Thlema Davies of Girard College is the top seed at 24.70, with the event to be run at 4 p.m. There are four heats, with the top three in each heat plus the next four fastest times advancing to the semifinals at 11:45 a.m. on Saturday. Talasky has the third fastest qualifying time in her heat (Heat 2) at 25.84, behind Jada Smith (Swenson, 24.82) and Regan Hess (Annville-Cleona) and ahead of D-10’s Michaela Rose of Lakeview (26.09).

The 110s get underway at 11 a.m. with the top three in each heat plus the next four fastest time advancing to the semifinals at 10:15 a.m. on Saturday.

Latimer will wait until 9 a.m. on Saturday to compete. She is seeded tied for 24th at 5-1, although the competition is tight. She has jumped as high as 5-3 this season, which would have put her at eighth.

A PR or even a matching of her PR would put her in contention for a medal.

Taylor O’Brien of Plymouth-Whitemarsh is the top seed at 5-8, with three other jumpers tied for second at 5-5.

Like Latimer, she will have to wait until Saturday at 9 a.m. for her event. Hahn is one of just three freshman to qualify in the event, including top overall seed Reagan Underwood of Wilson (10:41.18).