Daughter dusts off cleats in her father’s memory 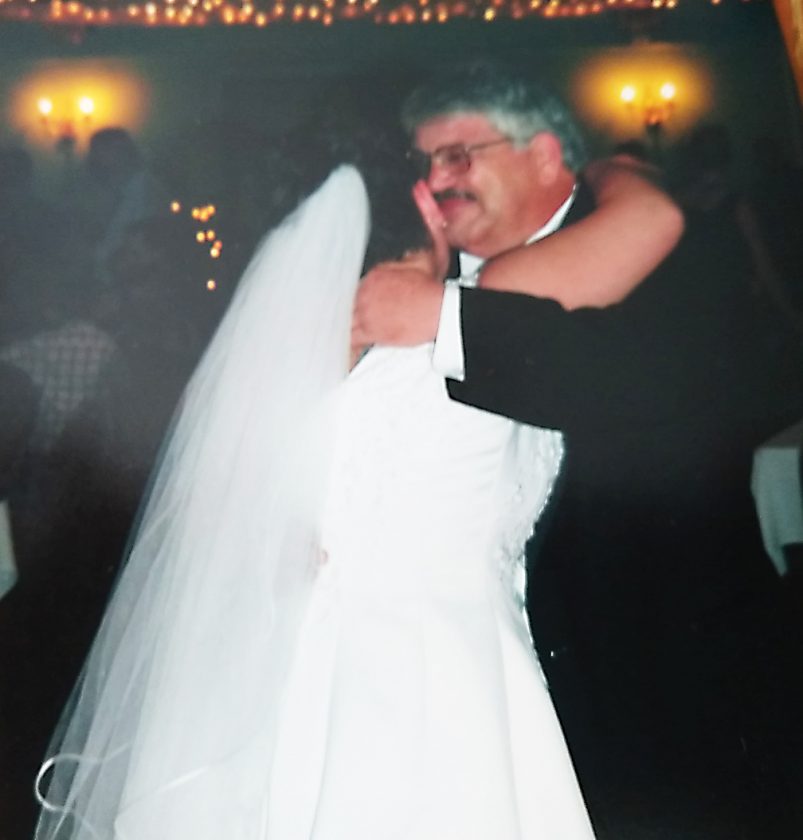 The Terry F. Ristau Memorial Industrial Softball Tournament has its share of winning and losing teams.

Of course, it does.

But there have been tons of stories over the years that slant toward the wins, no matter what happens. 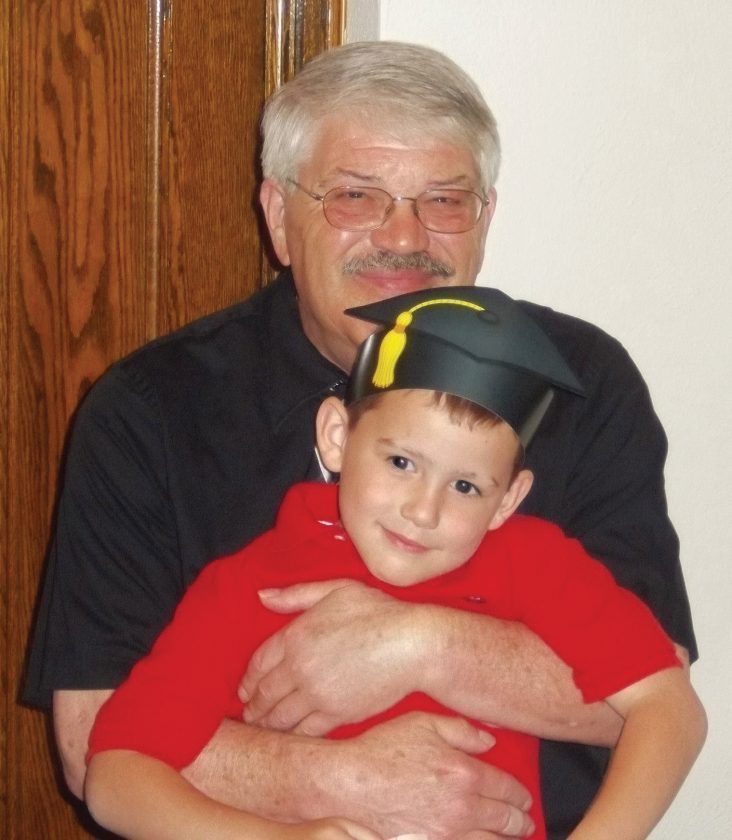 And it doesn’t even matter that she blew out her hamstring in her first game of the tournament this past weekend.

“When my hamstring blew out,” said Anthony, “the first thing I thought was, ‘Dad, I’m so sorry.'”

It was Renee’s first time playing softball after losing her father, Frank Chiaravalloti, at 69.

“For anybody that knew my dad, they know how passionate he was about softball,” she posted on Facebook prior to the tournament. “From playing to coaching to just spectating… Most of all, he loved watching us kids play. I cannot tell you how many hours my dad and I spent on the softball field together from the time I was five-years-old until I hung it up a few years ago due to having shoulder surgery.

“We both looked forward to the Industrial Tournament every year,” said Renee. “This year, I’ve decided to pull out the bat bag and get back on the field for one more hurrah for my pops. He always loved watching me play with my fellow Whirley peeps and even was our scorekeeper for many of our games. He was also there a couple years ago when I was playing what I thought was my last game and we took first place. Tomorrow morning (Saturday), I will go on the field for the first time in my life without my dad there beside me. It’s going to be hard, pops, not having you there with me but damn it, I’m going to play my ass off and make you proud. I love you and miss you so much. Let’s go, Whirley Land Sharks, let’s take home another first-place in what is definitely my last Industrial Tournament.” 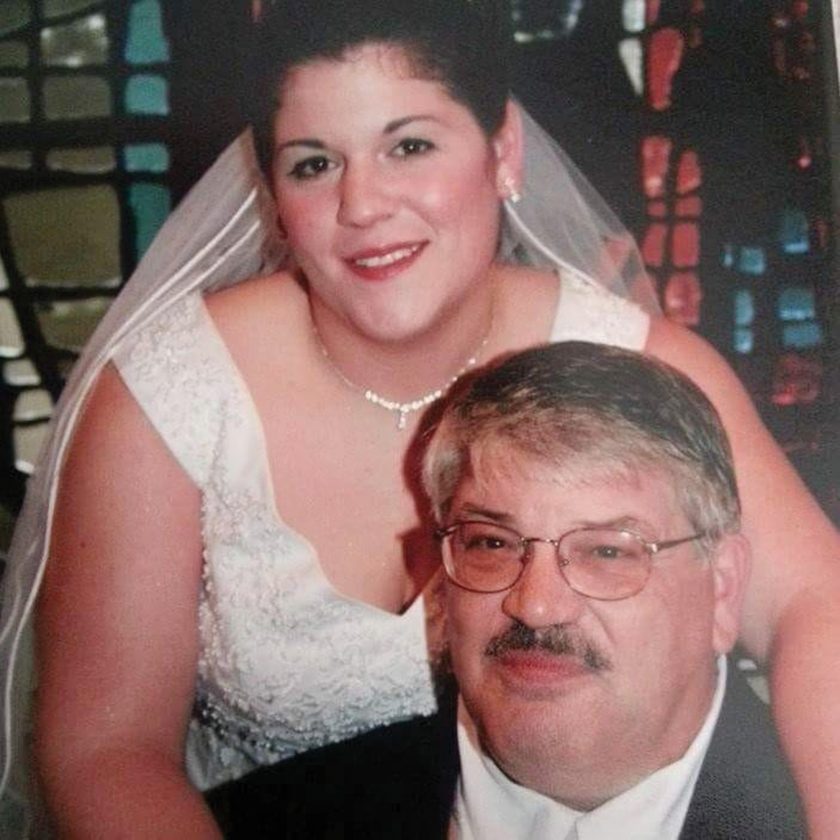 As it turns out, Whirley finished second in the Industry Co-Ed division.

And, it may not be Renee’s last year.

While she didn’t get through it physically, she did emotionally, which was the most difficult part.

“I did get through it with my husband and kids there and some very special friends,” said Renee. “Our awesome team took second place, and that made me so proud because I was hoping to go out with a bang. As for coming back next year, Josh (husband) says I can’t end it this way; that I need to really get myself and my muscles ready for next year and be on the field 52 weeks from now and do it the right way for my dad. With how much pain I’m in now, I’m not sure if I will go back next year or not. I definitely have some time to think about it.”

Not as much time as she thinks about her father, who passed away a year ago September 16. 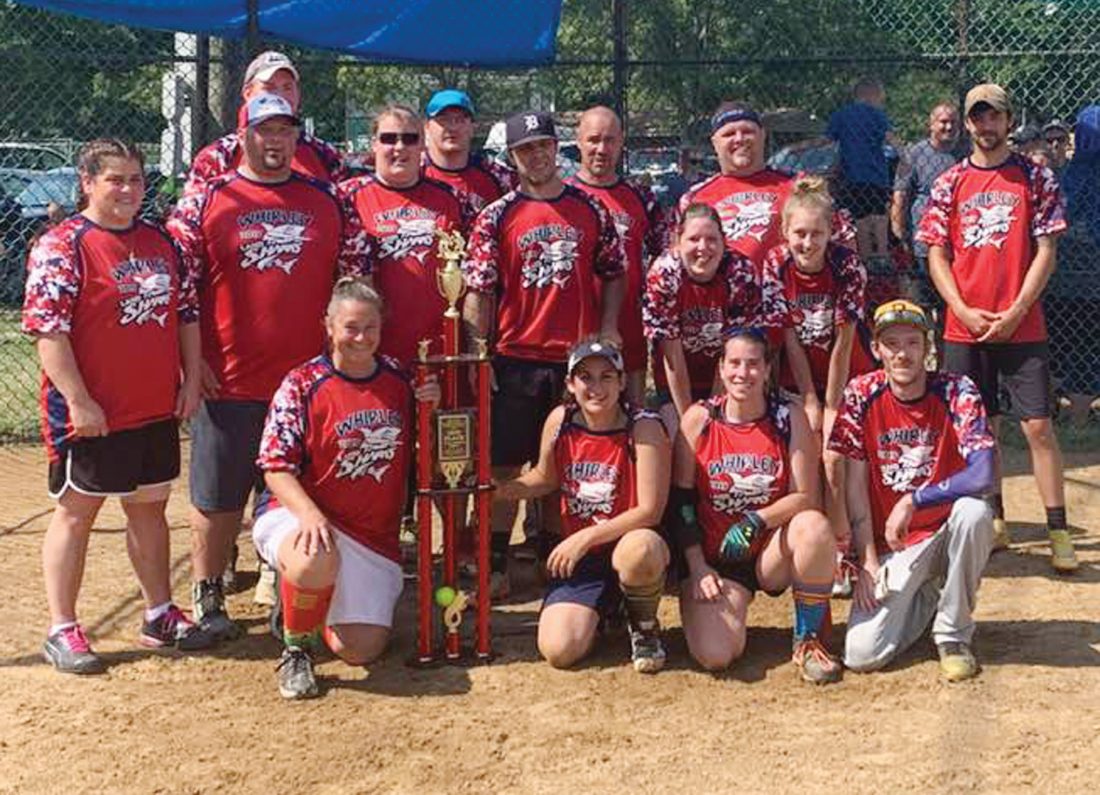 “My dad was a great guy and I can never begin to explain how much he meant to me and how much I loved him,” said Renee. “I remember playing sports with my dad all the time and eventually he started coaching me in softball. He taught me everything I needed to know about that sport and I credit him for the player I became.

“This weekend was hard because my dad was at all my games no matter how far away they were,” she said. “Saturday was the first time I walked on the field and he wasn’t there.”

Renee found herself looking for him “even though I was on the sidelines and not in the field (after three innings),” she said.

“As I got older and had my own kids, I really appreciated him more,” said Renee. “Like when I was at the field playing ball and (my son) Jakobe was about three, my dad always carried a little bat and ball in his trunk and he would play with him during my games. Then, as the kids got older and he started to teach them the same way he did myself, Todd, and Beth (his own kids). He coached Jakobe with my husband, Josh, in the third grade in the youth football league. And when Jakobe started playing baseball, he was at all the games. Just like he was with me. I knew Jakobe had one of the best teaching him a sport we loved so much… I honestly don’t think I would have had my passion for softball if it wasn’t for him.

“Every parent has their flaws, but that wonderful man loved his children and grandchildren,” said Renee. “I know he sacrificed a lot of sleep to be at all those games, especially working third shift. Watching him do it when I was a kid is why I have been on third shift for 22 years.”

It’s a right of passage for Renee.

“I credit him for everything I know about softball and everything I am passing down to Jakobe for baseball,” she said. “I only wish he was still here to see the ballplayer he’s turning into. I know he will always be with us in spirit, and I carry a piece of him around my neck with me every day.”

It’s been thousands of games that her father was with her, and it may be thousands more when it comes to her own kids — in no small way.

“He taught me, you get out of it what you put into it,” said Renee. “I always put my whole heart and soul into every game I played. I know it’s thousands of games. He was always there to help me and coach me and even calm me down.”

“It makes my heart so happy that so many people loved my dad,” she said. “I couldn’t tell you how many ‘adopted sisters’ I have in life because so many girls I played softball with loved him.”