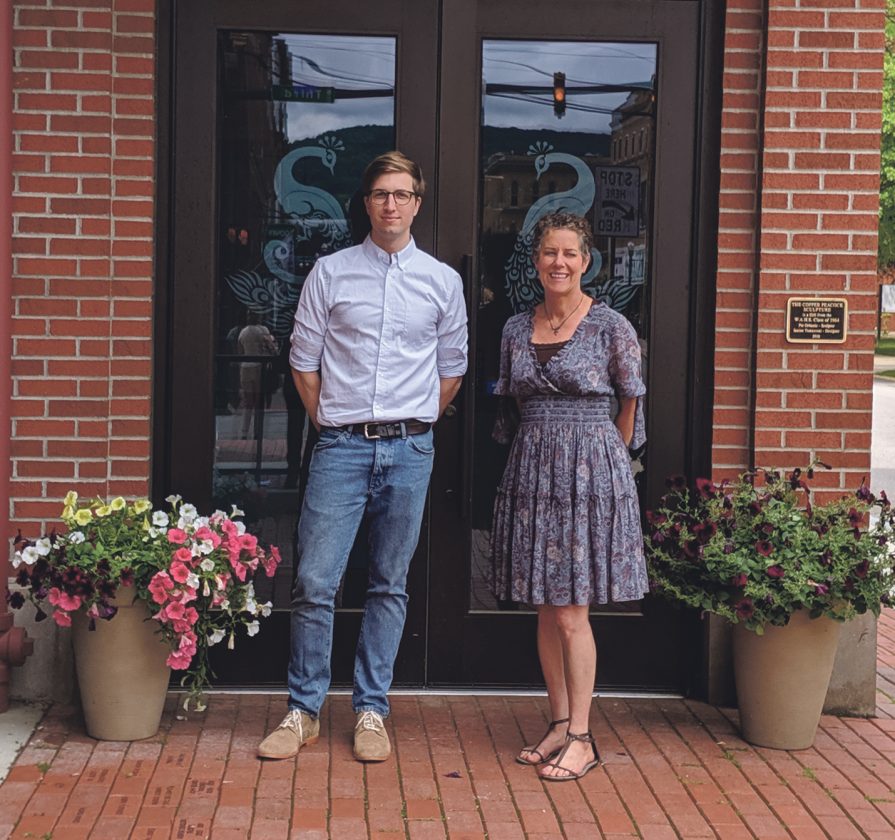 Wendy McCain witnessed something in April that impressed and inspired her and left her wanting more. More is being planned by that impressive individual.

McCain, executive director of the Struthers Library Theatre, watched as more than 620 people, many of them young people there for the first time, packed into the theatre for an evening of entertainment from local band Co. Townes on April 20.

Eric Morelli, a member of the band, met with McCain following the event. “She asked me to tell her what I thought went well and what could improve. I came in with a list,” Morelli said. “She told me about a job opening in marketing.”

Morelli is now serving in his second week as the theatre’s marketing and education manager. McCain said she is “thrilled” to have him on board. “This is a huge opportunity,” she said in reference to the potential for a repeat performance of the April event. “We’re thrilled to have the person who made that happen here with us.”

Morelli is a graduate of Warren Area High School. Following graduation he spent time traveling with different bands and performing all over the country. “I lived in California, Las Vegas, Portland,” he said. “Then I moved back east.”

Morelli not only performs but also produces music. He also mastered a variety of tasks in his five years as production manager at the Laughing Owl Press Company in Kane. “It was a mom and pop shop,” he said. “It was an all-hands-on-deck operation. There was no job description.”

He may have a title for his new position at the theatre but he intends to bring that no-job-description mantra to work each day. “We rely on volunteers, sponsors, donors, members and the community,” he said. “We all do our part, whatever that requires.”

Morelli said he is impressed with what the theatre has done and plans to build on that success. “I want to reach out to see what the community wants,” he said. “It will be nice to bring in entertainment that people want to see.”

Anyone with suggestions is welcome to pass them along. “Any time anyone has recommendations or concerns, I have an open door,” he said.

In just his second week on the job McCain is happy with the progress she sees. Morelli has been busy updating the Facebook page and the theatre is getting ready to launch a new website.