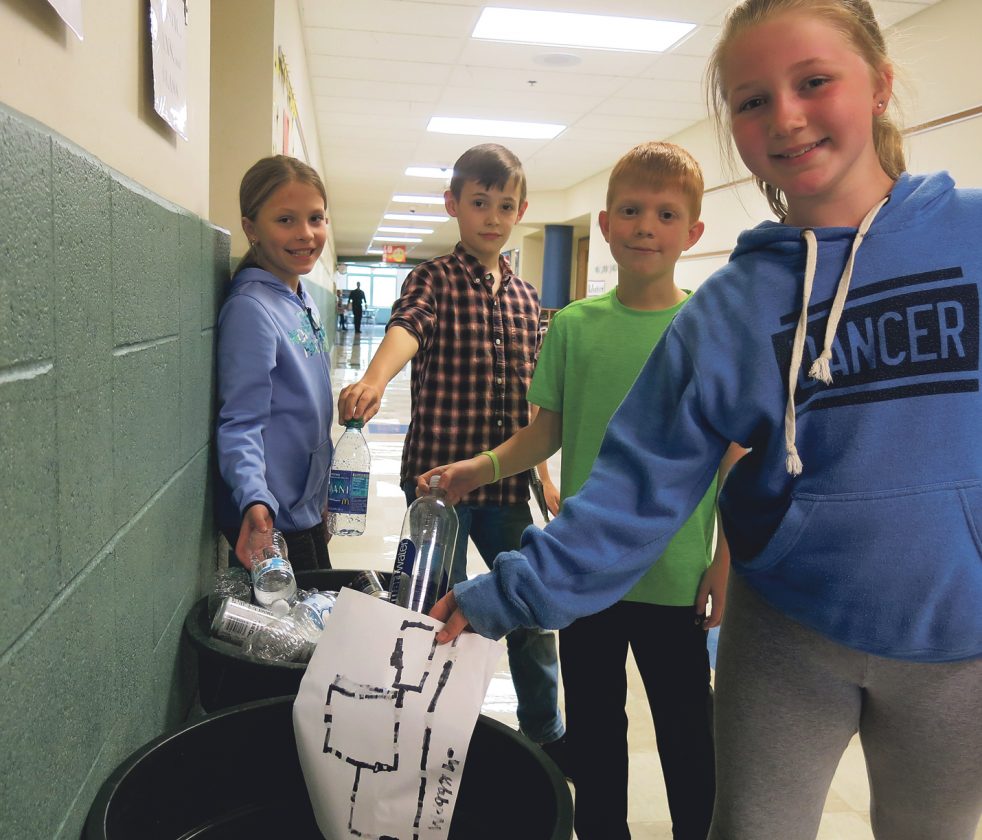 Fourth graders in Warren County schools are working to make a difference.

A group of students at Warren Area Elementary Center have started a recycling program.

“We started this program,” Nathan Klenowski said of the group including Hayden Schuler, Mason Moore, and Brooke Barney. “We think it’s a good thing.”

They weren’t learning about recycling in class. They just saw a need and wanted to address it.

“It’s a shame that all these recyclables are just going to the landfill where they take up space,” Klenowski said.

“I wanted the recyclables to go to the recycling center instead of the landfill,” Moore said.

“It’s a shame that so many things that could be recycled are just sitting in landfills,” Schuler said.

“It’s important because there are a lot of things that end up in the ocean,” Barney said. “If we prevent it, all the animals won’t die.”

With a good idea in hand, they had to ask the people in charge.

“We had to write a note to the principal asking permission and then ask the teachers if they would let us,” Moore said.

When permission was granted, the students put out bins — one for cans and bottles and one for paper — at two locations in the hall.

They encourage their fellow students to recycle and they empty the bins about once a week.

Paper is easy. Students walking in and out of class pass the bins and can just drop their unneeded papers.

Bottles require more work. Still, most students are bringing their plastics up from lunch and putting them in the bins instead of throwing them away, the students said.

Sometimes, the students are so conscientious about recycling that the containers fill up and spill over. When they see bottles outside of the bin, the group members simply pick them up, drop them in, and move on.

“We’ve been having to take it out every Thursday,” Klenowski said.

The students all said they feel a sense of pride when they see the paper and bottles and other materials hauled away. They’d like to see others take up the banner.

“We’re making a difference in the school,” Schuler said. “Hopefully it’s going to spread to other schools and more of Warren.”

The ‘snow’ must go on: Winterfest Saturday and Sunday at Chapman