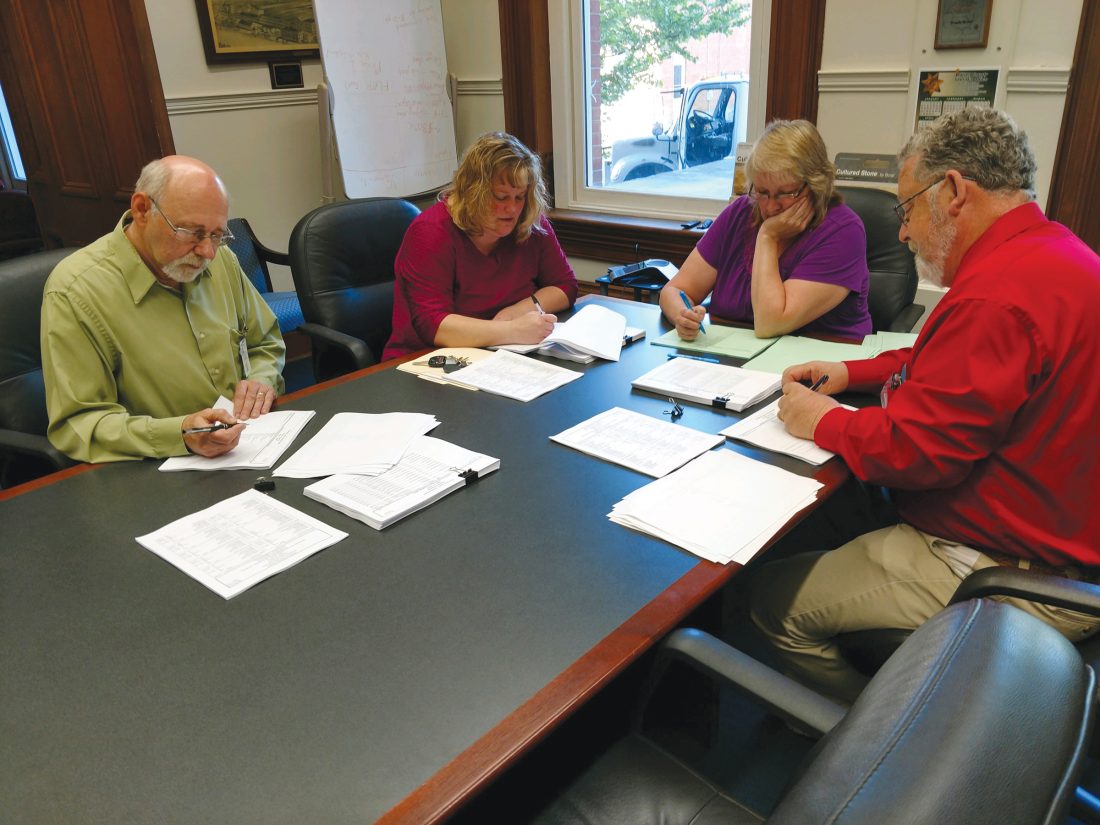 Despite a number of candidates for county commissioner in a contest described by one as ‘polarizing,’ only about 1 in 4 Warren County voters went to the polls.

That was a disappointing number for the Board of Elections.

“There are countries where you get killed for voting and they get higher turnout,” board member Ed Burris said.

Board member Dan Glotz said those who do not vote have “no room to complain” about government.

According to Director of Elections Lisa Rivett, 6,442 of the county’s 30,243 voters cast ballots.

About 5,000 of those 30,243 were not eligible to vote because of their party affiliation.

In Pennsylvania, only voters registered in either the Republican or Democratic parties may vote in the primary, unless there is a referendum question up.

And, each voter only sees the ballot for that party.

On Friday, as the board members got together to discuss write-in votes, they were also faced with provisional ballots.

Voters who are not on the books at a precinct may be given a provisional ballot to fill out.

There were only a few completed in Warren County on Tuesday.

Most of them were turned down by the board.

One voter used the voting machine, cast the ballot, then, after walking away from the machine, told election officials that he wanted to cast a write-in vote but had forgotten to do so.

Not knowing what votes he had made at the machine, the board rejected the provisional ballot because it could have given the man multiple votes in the same race.

In another case, a voter cast a ballot on the machine and left. He then returned to the polling place and said he had been given the wrong party’s ballot and wanted to cast votes for his party.

The board rejected that provisional ballot because it, too, would have given one voter multiple votes.

In a third case, the board conditionally accepted part of a provisional ballot.

A voter who was not registered in the polling place he went to filled out a provisional ballot. A check of the roles showed that man’s address had not been changed, but his wife’s had.

Board members asked Rivett to confirm that the man had not cast a ballot at his old polling place. If he did not, they said they would accept any provisional votes he cast for state-wide, county-wide, or school board positions, since they would have appeared on ballots at both precincts, but none for any township races.

Those ballots are sent out to the appropriate polling places.

If a voter who filed an absentee ballot can make it to the poll, the absentee is voided.

Otherwise, the poll workers open those ballots after the polls close and send them back to the courthouse where Rivett’s team scans them.

Rivett was asked about challenges and re-counts on Friday.

“You have to be within 1 percent” to call for a re-count, she said. “And you pay all the costs of the re-count.”

The only case where a race was within 1 percent was on the Democratic ticket for commissioner. Incumbent Commissioner Jeff Eggleston edged Candidate Paul Giannini by three votes.

However, both of those candidates will appear on the ballot in the November general election, so there is little call for a re-count.

Rivett said the final vote totals for the county will not be official for at least a week.