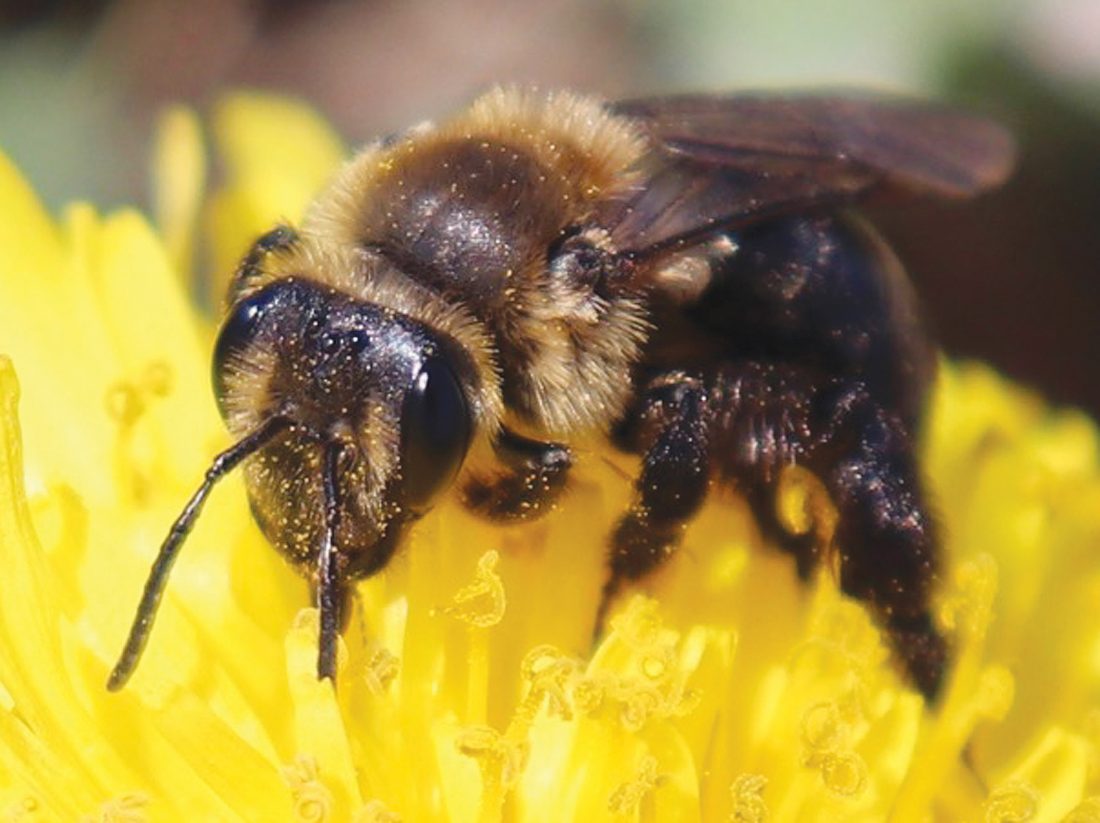 AP Photo This 2018 photo provided by the University of New Hampshire shows a ground nesting bee pollinating a flower in New Hampshire. PennDOT has announced a Pollinator Protection plan to combat habitat loss in the state.

The latest buzz throughout the state, and right here in our backyard, will provide more plants to attract pollinators and provide you the chance to “bee” a part of it.

The Pennsylvania Pollinator Protection Plan (P4) was recently completed thanks to the collaboration of 28 state, national and private organizations. It includes general guidelines in considering pollinator habitat development along roadsides and right of ways. The Pennsylvania Department of Transportation (PennDOT) Pollinator Habitat Plan was developed in support of the P4, state and federal actions.

The plan aims to combat habitat loss, increased pesticide use and disease that threatens the pollinators we depend on for food and a sustainable agriculture economy. The diversity of crops and the number of pollinator-dependent crops grown in the state is greater than almost all other states, according to information provided by PennDOT.

The new plan will work similarly to litter collection efforts by allowing people to adopt a site to create a pollinator habitat. PennDOT now offers opportunities to adopt, plant, and maintain a designated pollinator habitat site on department-owned property.

Adoption of roadways and gardens is open to individuals or groups of any sort, including clubs, schools, churches, businesses and families. In return for their participation, PennDOT posts signs along the roadway giving the volunteers credit for their efforts.

So far, there are no official adopted sites just yet, but PennDOT officials anticipate interest to grow as the public learns about the incentive.

“This is a brand-new program, so we don’t have any sites in the district yet,” Jill Harry, PennDOT’s district press officer said. “Hopefully there is some interest out there to get it going.”

“We have been letting the ramp areas near the Rouse exit (of Route 6) turn back to golden rod,” Elms said. “This year we will target mowing the towards fall.”

“We have also moved away from a using selective herbicide used to kill weeds along some areas of the county,” Elms said. “We still need to treat guiderail areas but reducing in other areas will promote pollinators.”

“Weeds and brush still need control and we are currently using mechanical mowing to get the control,” he said. “Pollinators have a chance to work between mowing cuts.”

More information on the department’s new pollinator program can be found on the Adopt and Beautify page of the at www.penndot.gov.