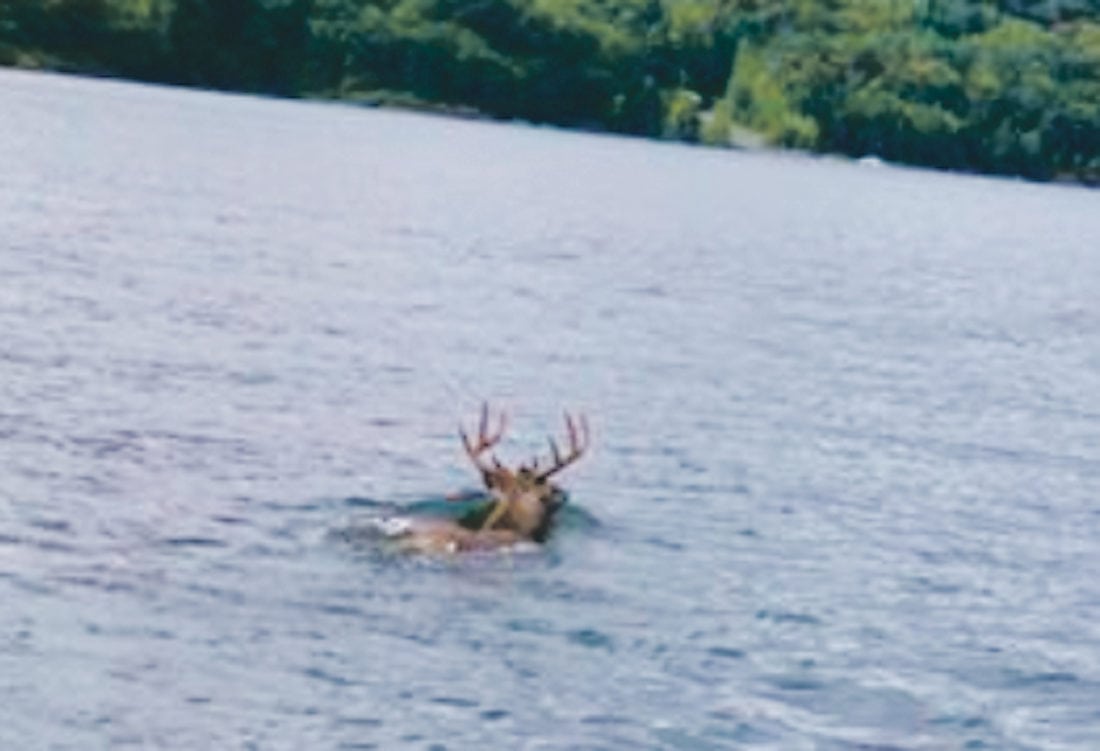 How long does it take an eight-point buck to cross the Allegheny Reservoir?

A little more than half an hour, it turns out.

According to Earl Schweitzer, of Corry, the eight-point buck he took a video of in mid-September was about a third of the way across the reservoir when he and his family, out tubing for the day, came upon it.

“We were just driving along and I saw something off to our left. It kind of looked, actually, like some debris,” said Schweitzer, who added he thought it was a deer but couldn’t tell from that distance.

As they got closer, his initial impression had been correct after all. Schweitzer said he turned the boat to get some distance and he and his family sat and watched it swim the remaining two-thirds of the way to shore, which he figured took around half an hour.

“I was amazed at how fast that thing could swim,” Schweitzer said. “If you were racing it with a kayak, you’d have trouble catching up with it.”

The deer didn’t appear winded after its afternoon dip, either, Schweitzer said. It simply reached shore, “hit the bank, and ran right up the hill on the other side. It didn’t even stop to regroup. It just stood there at the edge of the woods a minute and went right up the bank.”

Schweitzer has been boating the reservoir for a while, and he’s seen a bear cross the water but never a deer.

“I can’t say what would’ve caused it” to want to cross the dam, said Schweitzer. “It didn’t appear scared or anything until we came up on it, and even then it really just wanted to get away from us. We took a little video of it and then moved away from it. We didn’t want to tire it out.”

According to Warren County Game Warden David Donachy, “deer will take to the water to escape predators. We are approaching the time when bucks will fight for breeding rights. Maybe he lost.”

Donachy went on to say that, in daily activity, deer don’t tend to “see streams and lakes as the same obstacle we do. What would motivate them to swim that far, I don’t know.”

Donachy agreed with Schweitzer, though, that he’s seen bears “do the same thing.”