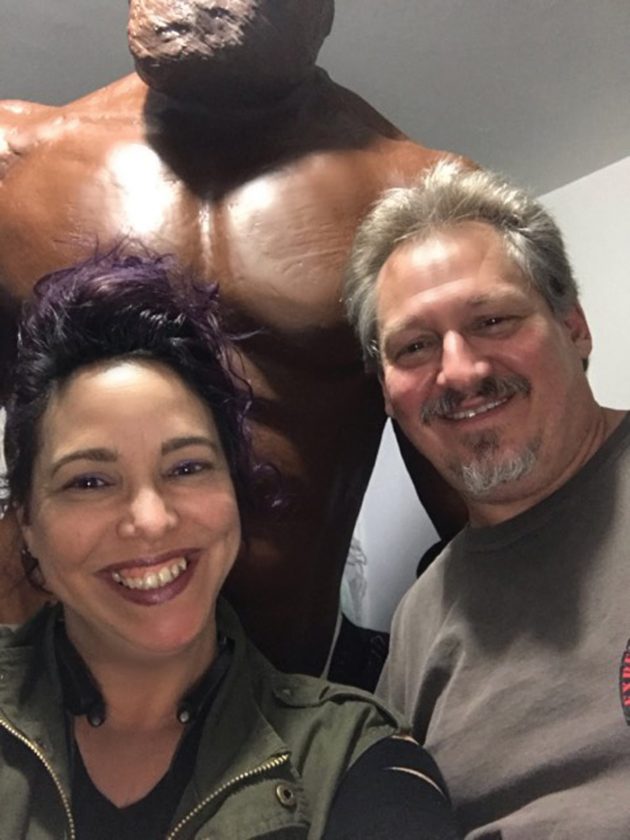 Photos submitted to Times Observer Gina Vincenza, left, and Barry Anderson pose in front of an unfinished statue of Bigfoot. The two Chautauqua County natives worked together to create two statues of the creature for National Enquirer Live.

Whether you believe in it or not, Bigfoot is alive and well in the artistic minds of two Chautauqua County (N.Y.) natives.

Gina Vincenza, a Frewsburg native, and Barry Anderson, a Jamestown native, helped bring two statues of Bigfoot to fruition for the National Enquirer Live museums in Pigeon Forge, Tennessee and Branson, Missouri. The first completed statue already stands in a Bigfoot forest exhibit in the Pigeon Forge location, and the museum project itself has garnered national media attention with Bigfoot and plenty other modern myths on display.

Anderson was contracted to craft the statues and got in touch with Vincenza, whom he had already known for years — not through common upbringing but through artistic communities online. The sculptor was in charge of designing the body and creating a special effects mask with makeup. Vincenza designed and sewed the fur coating out of film-quality hair.

Vincenza got her start sewing in home economics taught at Frewsburg High School. Since then, she’s been able to strike out on her own in the Orlando fashion industry. She is known as the “Psycho Seamstress” and has designed outfits for multiple celebrities, including Beyonce and Paul McCartney.

After getting his start in art in Maple Grove and Jamestown high schools, Anderson has made a living out of creating realistic wax and resin figures for Ripley Entertainment and through freelance work associated with his company: Transmutation Designs. Another Florida resident, Anderson’s creations have been featured in movies such as “Day of the Dead” and “Hairspray.” 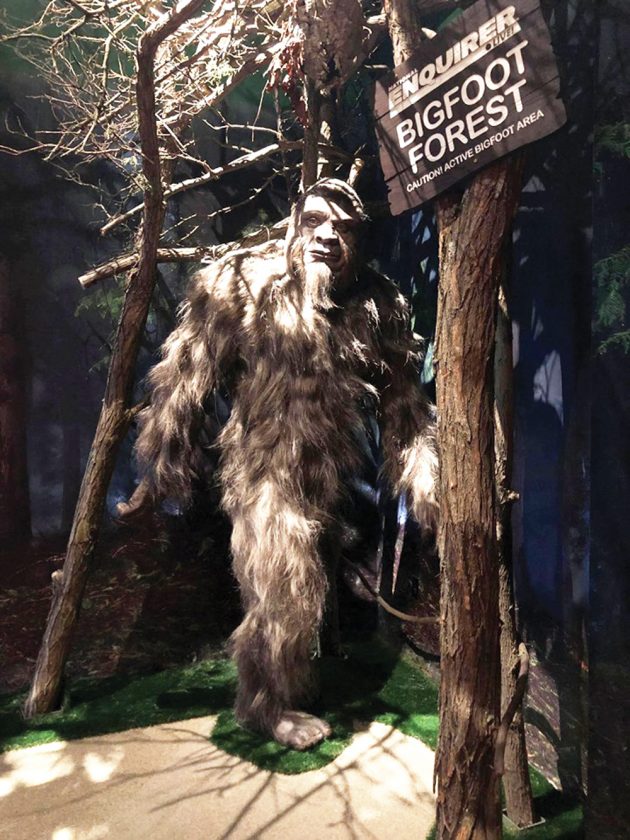 Photos submitted to Times Observer This statue of Bigfoot was created by Gina Vincenza and Barry Anderson, both natives of the Jamestown area. Located in Pigeon Forge, Tennessee, it sits in one of two National Enquirer Live museums.

“Barry and I have known each other as artisan colleagues for several years,” Vincenza said, adding that they had never met in person until the Bigfoot project. “One day, Barry noticed I was from Frewsburg. Then he told me he was from Jamestown. Since that day we’ve been wanting to collaborate on a project together.”

Vincenza called Anderson a brilliant and humble artist, and he said she has “had an amazing career and is very talented.” They said they enjoyed sharing stories about their homes and families during work sessions.

Both believers in Bigfoot, Vincenza and Anderson said they’ve become more convinced of the creature’s existence over time. Vincenza spoke about a species of Bigfoot and how it should be placed on the endangered species list once it is proven to exist.

“I have never seen (a Bigfoot),” Anderson said, “but I am not going to close my mind to the idea.”

The second statue is nearly completed and will be placed in the Branson museum. Tourists can visit the National Enquirer Live museums this summer and year-round.

Holly Jones, the executive administrative assistant for National Enquirer Live, said the “wow factor,” quality craftsmanship of the statues and accompanying photo galleries have been some of the biggest hits with visitors at both museums.

“The attractions were designed for opportunities for selfies,” Jones said. “The attraction has been very well-received in the community.”