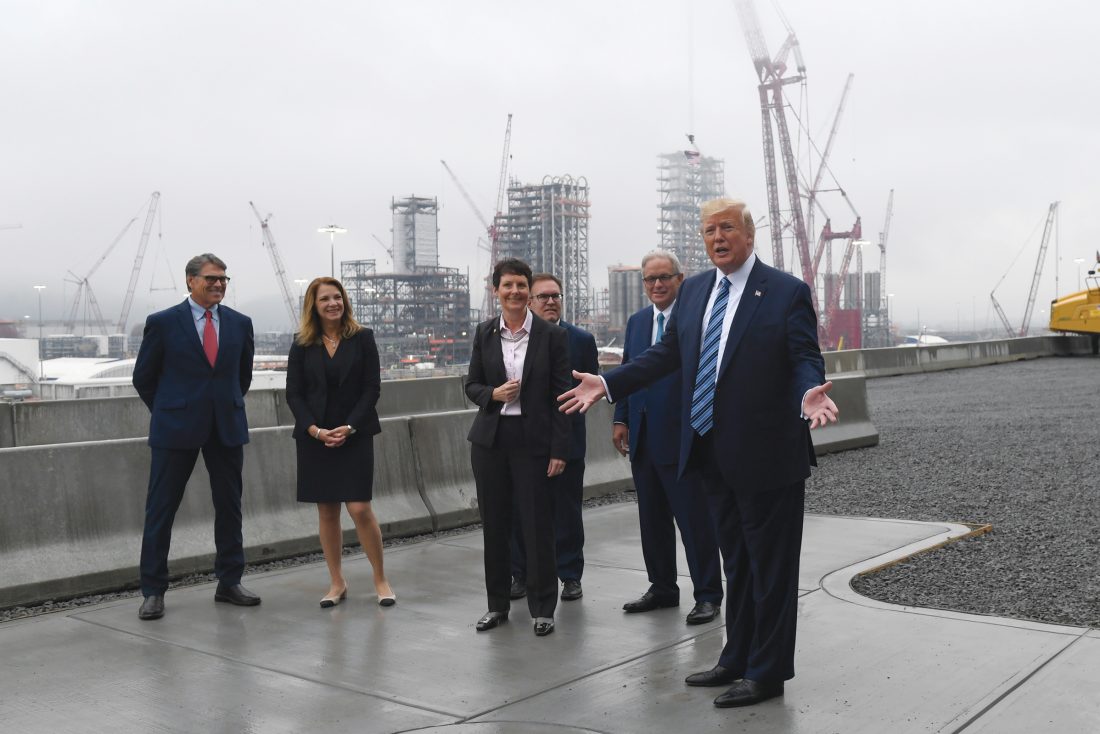 MONACA – The president is crackers about the cracker plant – and job creation and the economy.

He touted all of them – and himself – Tuesday afternoon.

The commander in chief, Donald Trump, was in Potter Township, Beaver County, touring the massive petrochemical complex Royal Dutch Shell is constructing along the Ohio River. Air Force One landed at Pittsburgh International Airport around 1 p.m. and Trump arrived at the worksite about 40 minutes later, to check out one of the most ambitious industrial projects launched in Southwestern Pennsylvania in decades.

An estimated crowd of 5,000, most of them plant employees, jammed inside one of the buildings to listen to the 45th president. He spoke for 69 minutes, claiming successes in ramping up employment in the manufacturing and energy sectors, singling out the Shell Chemicals facility for its progress en route to an expected 2021 opening.

Trump seemed to take credit for the project, even though Royal Dutch Shell proposed it in 2012 and gave it the go-ahead in 2016, both while Barack Obama was in the White House. Work began there in fall 2017, during the Trump administration.

“This is the largest investment in the history of Pennsylvania,” he claimed. “We’ve released America’s energy, and we are restoring America’s heritage of building again.”

“This is one of our biggest industrial projects, and it’s made possible by our clean, affordable natural gas.”

Later, again referring to the 40-acre complex outside, Trump said it “looks like the Eighth Wonder of the World.”

The president had planned to tour the ethane cracker facility last Thursday, but postponed following mass shootings in Dayton, Ohio, and El Paso, Texas – cities where he then appeared. The trip was rescheduled quickly. This was his first trip to Pennsylvania since May 20, when he attended a rally in Montoursville.

On Tuesday, he got a close look at the first major cracker plant to be built in the United States outside of the Gulf Coast in two decades. The $6 billion project will enable Shell to take ethane from Marcellus and Utica shale gas, then heat it to convert it to polyethylene, a building block for plastics and common household goods. An estimated 1.6 million tons of polyethylene may be produced in a year there.

An abundance of that shale gas is extracted from Washington and Greene counties, which annually are among the top producers of the state’s 67 counties.

About 4,500 construction workers are toiling at the cracker, out of 6,000 to have jobs until production begins. At that point, the facility will have about 600 permanent employees. Oh, and there are 134 cranes on-site, including one of the world’s largest.

A second cracker plant, targeted for Dilles Bottom, Ohio – also along the Ohio River, and 60 miles southwest of the Beaver County complex – is under strong consideration. But that complex has not received final approval.

Trump roundly praised the collective work ethic and resilience of Pennsylvanians, and the dedication of union employees during his hour-plus monologue. He talked about the steel industry gaining momentum, largely as a result of tariffs he imposed.

“Steel was dead,” he said. “We put a 25% tariff on steel, and much of it was being dumped, and steel is thriving again. Steel mills are expanding, many new mills are being built.”

As for the monthslong low levels of unemployment nationwide, Trump said, “Unemployment has reached lows we hadn’t seen since the ’60s.”

Trump closed his speech with further praise for energy and the nation’s workforce.

“We’re seeing the future of energy independence. We have that independence, but what we really want is American dominance.”

Looking across the vast audience, he pointed and said, “You patriots are the backbone, the absolute backbone of this country.”

POTUS protesters were active Tuesday, though not in the immediate vicinity of the cracker plant, which is virtually inaccessible to anyone not working or doing business on the site even on days when a world leader is not visiting.

Environmental supporters, activists and concerned citizens, angry over the president’s tour and wary of pollution impacts the cracker plant may have, also were out. A group of about 100 rallied and marched in nearby Beaver during the afternoon, walking from Irvine Park to Beaver Greens Park in that city.

The president continued speaking at the podium before going out on his plant tour, which was delayed by an earlier rain. About halfway through his address, he sounded like a man seeking re-election in 2020.

“I’m making lives of people much, much better.”

School vans could use flashing lights

School buses in Pennsylvania may not be the only school vehicles receiving special privileges on the state’s ...

Legislation allowing the use of thermal and night vision equipment for hunting has been sent to Gov. Tom Wolf for ... 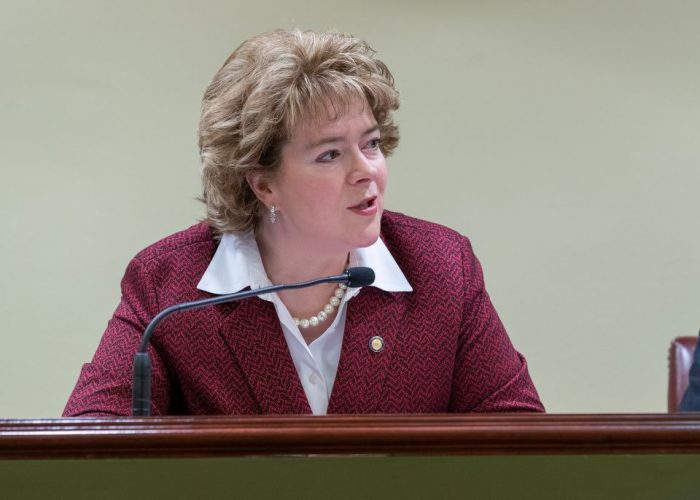 Five entities — including two Warren County businesses — who have taken their fight against Gov. Tom Wolf’s ... 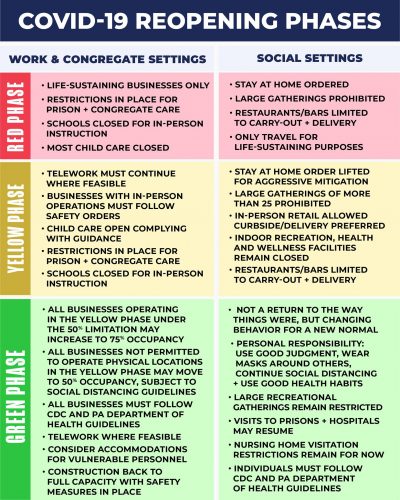 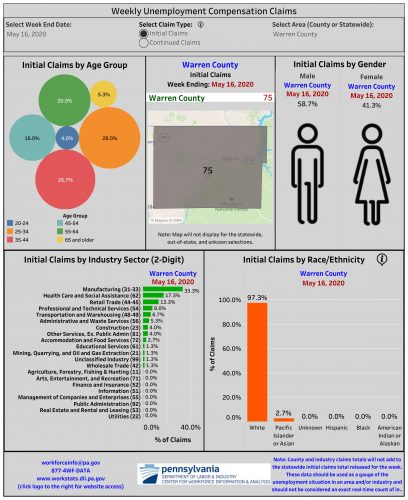